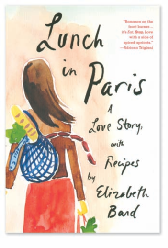 When the author meets a handsome Frenchman it's not only love at first sight, it's love at first bite of pavé au poivre. Elizabeth Bard's memoir is subtitled "A Love Story with Recipes" for good reason. As she discovers the unfamiliar customs of a new culture—shopping, picking out the best boulangerie, buying an apartment, the bureaucracy of getting married in a foreign country—she shares the joys of eating and cooking in France. She also modifies her hard-charging New York ways and learns to slow down and pay attention to life's daily pleasures.

Mary Putnam Jacobi & the Politics of Medicine in Nineteenth-Century America by Carla Bittel, PhD '03 (North Carolina). Mary Putnam Jacobi, a physician in late nineteenth-century New York, refuted claims that young women were fragile and could not withstand the rigors of higher education. Her work demonstrated that women were most healthy when they were educated and physically active. She insisted that social limitations, not biology, held women back and threatened their health. Jacobi "used the tools of scientific medicine to prove that women were biologically capable of being equal players in the public sphere," argues Bittel, assistant professor of history at Loyola Marymount.

Property Outlaws by Eduardo M. Peñalver and Sonia K. Katyal (Yale). Property laws provide stability, yet productive civil disobedience is sometimes necessary to keep the system of private ownership from becoming outdated. Peñalver, a professor at Cornell's Law School, and his co-author focus on the role of people "who have sought to challenge the prerogatives of ownership in search of a more just social order." They show how the actions of protesters, squatters, pirates, and file-sharers have paradoxically brought about improvements in private property and intellectual property laws. The authors' goal is "not to undermine the institution of property but to better understand its complexity and dynamism."

Cheap Meat by Deborah Gewertz and Frederick Errington, PhD '70 (California). Flap meat, a fatty cut of lamb and mutton from New Zealand and Australia, is inexpensive and widely available in Papua New Guinea and Pacific Island nations. "Nutritionally dense and often hard to come by, it not only tastes good, but also has the allure of modernity," write two anthropologists who have researched the cultural and health effects of the trade in flaps. They found that while the meat was a beneficial protein source in Papua New Guinea, it might be contributing to obesity, diabetes, and hypertension among Pacific Islanders.

Phlogs by George Stranahan and Nicole Beinstein Strait '93 (People's Press). Words and pictures come together in this book about the life and photography of George Stranahan, physicist, professor, rancher, founder of Flying Dog brewery, philanthropist, former head of the Aspen Community School, and friend of Hunter S. Thompson and Ralph Steadman. Starting out by imitating the work and subject matter of Ansel Adams and Edward Weston, Stranahan grew into his own idiosyncratic style. "As I look at my photos now," he says, "I think that perhaps they are the serious work of my life." 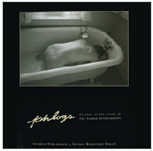 The Cloak and the Parchments by Frank Spinella '76, JD '79 (Resource). In Spinella's first novel, the evangelist Mark journeys to Rome as the debate between Peter and Paul about the future of Christianity unfolds.

The Rise and Fall of the American Medical Empire by Robert A. Linden '71, MD '75 (Sunrise River). An internist and geriatrician examines four problems that affect U.S. health care—the disappearance of primary care medicine, the insurance system, the influence of the pharmaceutical industry, and malpractice litigation—and offers pragmatic solutions.

William Blake on Self and Soul by Laura Quinney, PhD '87 (Harvard). A professor of English at Brandeis analyzes the poet Blake's objection to empiricism as a "science of despair" and how he sought to repair the loneliness of the modern soul.

The Ups & Downs of a Rural Line by David Marcham '53 (The History Center). The Elmira, Cortland & Northern Railroad operated from 1867 to 1967, enjoyed its best years in the 1920s and during World War II, and then fell into decline. Marcham gives a thorough picture of the investors who built the railroad and the men who performed the dangerous work.

Hyperconflict by James H. Mittelman, PhD '71 (Stanford). A professor of international relations at American University examines the effects of globalization on world security and outlines a roadmap for peace and stability.

Diversity's Promise for Higher Education by Daryl G. Smith '65 (Johns Hopkins). Colleges and universities must make diversity as central to their mission as teaching and research to become more relevant, counsels a professor of education and psychology at Claremont Graduate University.