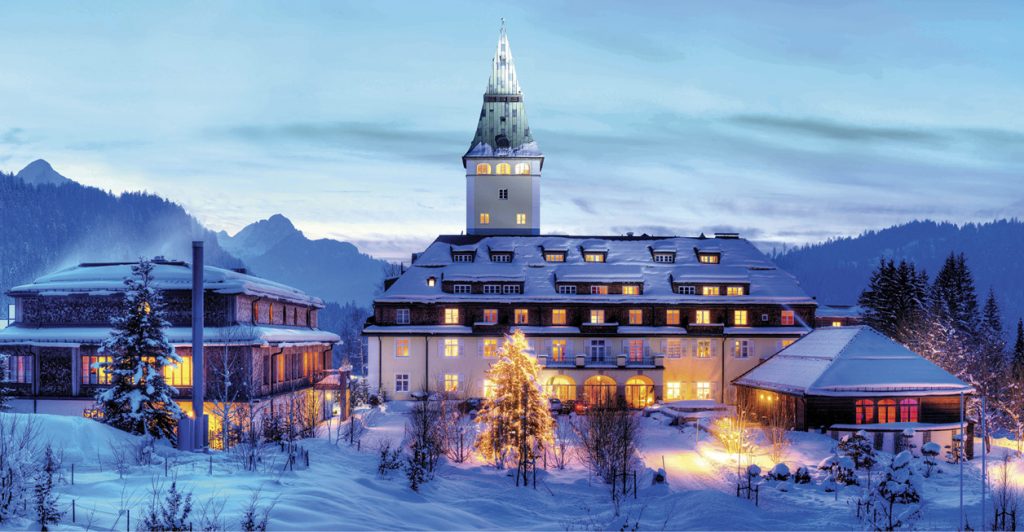 Scenes of the Schloss.

When guests first arrive at Schloss Elmau, a high-end resort nestled in a secluded valley in the Bavarian Alps about an hour south of Munich, they can be forgiven for thinking they’ve stumbled into a scene from The Sound of Music. Surrounded by grassy hills, thick forests, and snow-capped mountains, it’s easy to imagine the von Trapps hiking across the lush property and into the picturesque castle that houses its main five-star hotel. And while Julie Andrews might not be there to lead a song, there’s plenty of music to be found; the venue regularly stages classical, jazz, and pop concerts by world-class artists—along with yoga retreats, literary readings, political symposia, and sports and adventure programs. “It’s very contradictory,” says managing partner and CEO Dietmar Müller-Elmau, MPS ’80. “It’s a cultural hideaway. It’s a luxury spa. It’s a family resort. It’s a romantic haven. It’s an urban place in the middle of virgin nature.” 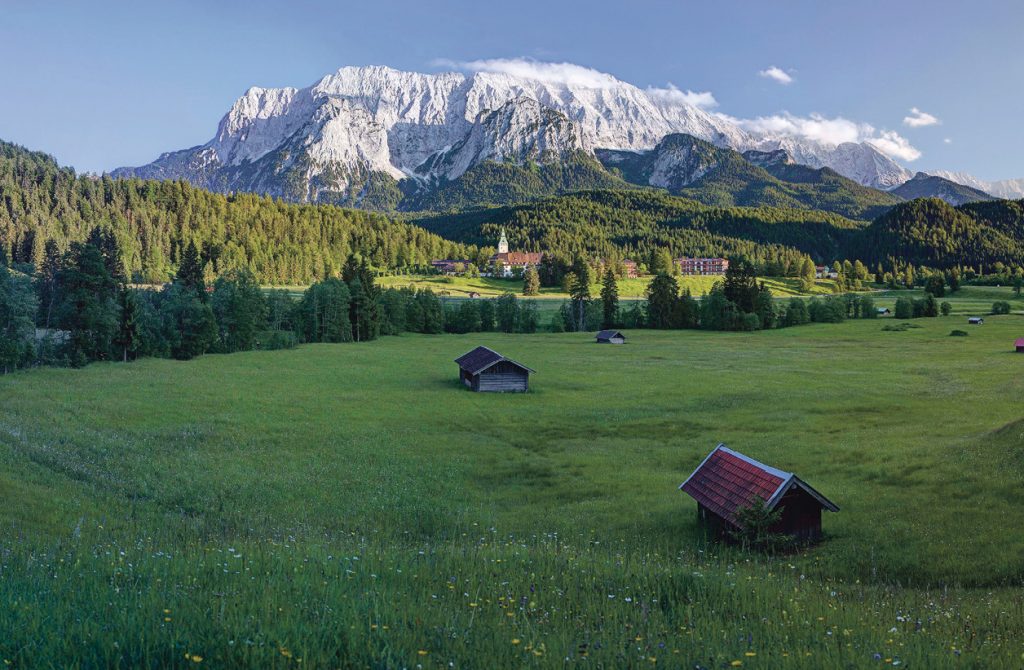 Scenes of the Schloss.

Müller-Elmau prides himself on continuing Schloss Elmau’s century-old tradition as a creative community and peaceful refuge—though there’s nothing bohemian about the accommodations. The 162 rooms at the resort’s two hotels feature handmade carpets from Iran, Chinese antiques, and linens from India, as well as floor-to-ceiling windows that highlight the breathtaking view. Six spas include separate pools for adults, ladies, and families, saunas, treatment rooms, and a Turkish bath that the resort claims is the largest west of Istanbul. Foodies can take pleasure in seven eateries, including a mountaintop bistro, a Thai café, and the Michelin-starred Luce d’Oro restaurant. 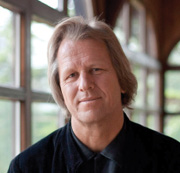 In fact, Schloss Elmau—whose rates range from about $260 to $2,700 per day—is so luxurious that musicians who perform there aren’t paid. Instead, headliners like jazz legend Chick Corea, violinist Yehudi Menuhin, and pianist Brad Mehldau trade a free stay for their talents. “They come here because they love the place,” says Müller-Elmau. It’s one of the rare sites, too, that has hosted a G7 summit. In 2015, President Barack Obama, German chancellor Angela Merkel, and other world leaders gathered there for their annual discussion of political, economic, and environmental issues, while enjoying the full range of amenities. “They went to a concert, to the spa—they used the place like everyone else,” adds Müller-Elmau. “It was the high point of one hundred years of history.”

Built between 1914 and 1916 by Müller-Elmau’s grandfather, a philosopher-theologian, Schloss Elmau was set up as a sanctuary for visiting artists and intellectuals. Guests reveled in the natural beauty, but lodgings were austere, and activities were regimented: visitors were assigned seats at meals, forbidden to applaud during concerts, and banned from talking while dancing. Confiscated by the U.S. Army after World War II and later used as a sanatorium for Holocaust survivors, the property was returned to the family in 1952. When Müller-Elmau was born two years later at the castle, his father, aunt, and uncle were running it. As a young man, he wanted little to do with that legacy; he studied philosophy at the University of Munich and admits that he was more interested in computer science than hotel administration while working toward his master’s at Cornell. That served him well, though: in 1987, he founded a software company that created a hotel management system that’s still used today. After he sold that company in 1996, his father persuaded him to invest in Schloss Elmau, which was then in financial trouble. “The only thing that brought me back was my dedication to my parents,” he says. “It was their home and I didn’t want to let it go down.”

Then in 2005, a fire broke out in the original castle. No one was harmed, but most of the landmark building was destroyed. Müller-Elmau decided to buy out his relatives’ shares, becoming majority owner and launching a $110 million rebuild and expansion. By the time Schloss Elmau reopened in 2007, he’d doubled the size of many guest rooms, overhauled the décor, and added spas, restaurants, and a well-stocked bookstore. In 2015, just months before the G7, he opened a smaller, boutique hotel on the property, with a library lounge and a yoga pavilion. Left largely untouched, however, was the heart of Schloss Elmau—its concert hall—where more than 200 recitals, talks, and other events are held each year. “Music, literature, poetry, political debate—these are, for me, essential ingredients for life,” says Müller-Elmau. “I couldn’t be in a hotel and stay very long if there’s no food for thought.”