One morning in May 2001, thirteen-year-old Koby and his friend Yosef Ish-Ran made a fateful decision: they skipped school to go on a hike a half-mile from their homes in Tekoa, a settlement about twenty minutes outside of Jerusalem. When they hadn't returned hours later, a search party was sent out. The next day, their bodies were found in a cave, their blood smeared on the walls. Palestinians had stoned them to death for being Jews. 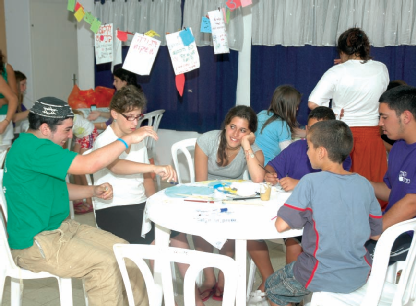 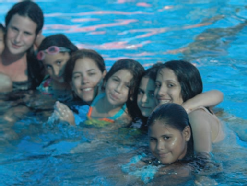 Trying to cope with the loss of her oldest child, Mandell admits that at first she "wasn't ready to be alive." But she soon came to believe that her devastation could serve as a sort of inspiration. "Resilience means you create from the pain," she says. "It's also the ability to change and be changed by your experience—not to hold on to who you were, but to be transformed."

Four months after Koby's death, she began to emerge from her grief by returning to the familiar—by writing. After graduating from CALS, Mandell earned a master's in creative writing from Colorado State and taught writing at Penn State and the University of Maryland (where her husband, Rabbi Seth Man-dell, was Hillel director). The Mandells had lived in Israel for several years in the Eighties and decided to return for good in 1996. Five years later, Koby was murdered. Slowly, through a process she describes as "cry and write, cry and write," Mandell produced an account of her struggle to come to terms with his death, in the context of both her faith as an Orthodox Jew and Israel's history of conflict. The Blessing of a Broken Heart won the National Jewish Book Award in 2004 and was adapted for the stage by the San Diego Repertory Theatre last January.

Along with her writing, Mandell had many friends to help her through her grief—a support system, she soon realized, that Koby's three younger siblings did not have. "Most children who have lost family members to terror lose their own childhood," she says. "They also feel a lot of guilt, and they protect their parents, so they are generally alone in their pain." In 2002, she and her husband created the Koby Mandell Foundation, its centerpiece being Camp Koby, a retreat in Israel for children who have been injured in terror attacks or whose family members have been killed by terrorists.

Staffed by professional therapists and trained counselors, the tuition-free camp consists of ten-day summer sessions at two kibbutzim near Negba, an agricultural town about fifty miles south of Tel Aviv. It is a place where children can share feelings with and draw strength from others who have experienced similar tragedies, an environment where they can have fun without feeling guilty. At Camp Koby, says Mandell, "the abnormal is normal," such as when one camper casually approaches another and asks, "Why are you here? Who did you lose?"

With an annual operating budget of nearly $2 million, the foundation offers a separate program for highly religious children (providing daily Torah and Talmud study and gender-specific swimming pools) and also funds camps that convene in other locations during school vacations and Jewish holidays, as well as a Camp Koby Summer in Israel Experience for North American teens. Each November, the Foundation holds a fundraising dinner in the U.S. (its American offices are in Bethesda, Maryland), where the Koby Mandell Humanitarian Award is presented—usually to a well-known athletic figure, an homage to sports-crazed Koby.

In the summer of 2007, Camp Koby hosted more than 600 children ages eight to eighteen, the majority from families with incomes below the poverty line. Each participant bears a tragic story: the camper who was a baby in a car seat as his parents were murdered while driving to a wedding; the girl whose brother was lured, via an Internet romance, to an Arab town where he was shot; the boy who cut his hair so his mother wouldn't dread his growing resemblance to his dead brother; the counselor who was stabbed fifteen times in the chest by a Palestinian attacker. "When you go through something like this, you lose your faith in a benign universe," says Mandell, who also directs a healing retreat for bereaved mothers. "So camp is not just a matter of giving them a feeling of safety. It's giving them a sense they can be part of a world that's good."