A weight loss expert explains why some people are naturally thin

Researchers at Laval University in Quebec City, Canada, first uncovered a strong genetic predisposition for weight gain many years ago when they studied twelve sets of identical twins. These twins were all naturally skinny guys in their twenties. Their parents had been skinny, and so had their grandparents. They were as naturally skinny as naturally skinny people can get, but the researchers wanted to see if they could fatten them up. 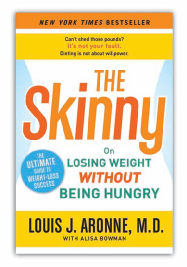 To do so, the researchers confined these guys inside a college dorm. They forbade them from exercising, and they fed them 1,000 extra calories a day, six days a week for 120 days. That's 84,000 extra calories in 120 days. Given that it takes roughly 3,500 extra calories to gain one pound, one would expect that these guys would have gained twenty-three pounds each. They didn't. Some sets of twins gained three times more than others, with some gaining as much as twenty-nine pounds and others as little as 9.5 pounds. Yet they all ate the same number of calories. They all lived in the same dorm. They were all equally sedentary.

Why did some of these guys gain so much and others so little? Genes. Each genetically similar twin gained the same amount of weight as his sibling. As it turned out, some of these twins were even more naturally skinny than others. Their bodies resisted weight gain more strongly, turning up their metabolic furnaces and burning an exorbitant amount of calories to produce body heat.

But these guys were naturally skinny. Roughly six months after the end of the experiment, they'd all lost the weight they'd gained—naturally.

These researchers have not repeated this experiment by comparing a set of naturally skinny people with a set of natural gainers (it would probably be considered unethical because of the health ramifications), but they have done similar experiments in rats and mice. Rodents genetically engineered with various obesity genes gain more weight than non-genetically altered mice. If a similar experiment were done on people, the natural gainers would gain much more weight than the naturally skinny folks, even if they all consumed the same number of calories.

Thousands of genes are involved in appetite, metabolism, and body weight, and researchers at several institutions have determined that ten times as many of these genes are designed to increase body weight as are designed to decrease it. Known as "thrifty" or "obesity" genes, each of these fat-promoting genes is probably responsible for a small percentage of your propensity to gain weight. You may not have inherited every single obesity gene, but you probably inherited enough of them to raise your risk for gaining weight since before the day you were born.

Depending on which and how many of these genes you inherited from your parents, you may gain weight easily because:

You have a slow metabolism. Even if a physician or exercise physiologist has tested your metabolic rate and declared it normal, it may still be slower than it should be. It's difficult to detect differences in metabolic rate because even the smallest of differences—say ten fewer burned calories a day—can add up to a pound of weight gain in a year. It takes a very small metabolic abnormality to trigger excessive weight gain, and we don't yet have equipment to easily measure the differences that are important.

You have a heartier appetite. Could you have fewer "fullness receptors" or inboxes in your brain's fullness center? Fullness hormones can turn off appetite only if they can reach a fullness receptor. If they can't find one, they just circulate throughout the cyberspace of your body, otherwise known as the bloodstream. The result: it takes more calories to shut off your appetite than it does for naturally skinny people. 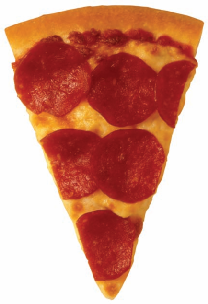 There are many other possible explanations, too. Scientists believe, for example, that the human brain and weight-regulating systems are quite plastic, or changeable, until roughly age one and possibly well beyond. Specific experiences during pregnancy and early life may prime the brain for weight gain. If your mother had gestational diabetes, type 1 diabetes, or type 2 diabetes; smoked; drank alcohol; or was overweight or undernourished while she was pregnant with you, you may have been born with a propensity to gain weight. These early life experiences may alter the brain's fullness center, closing off the receptors on important cells and setting you up for fullness resistance. They may have caused your body to maintain a higher number of fat cells, or to have a greater propensity for storing fat rather than burning it.

Such genetics and physiology, by the way, would have come in quite handy a few hundred years ago, when we humans regularly starved for months at a time because of drought and cold winters. Genes that prevent starvation promote obesity. Populations such as the South Seas islanders and southwest U.S. Indians that have gone through the "sieve" of starvation are more likely to be obese. Those with a tendency toward leanness died of starvation, while those with a tendency toward weight gain survived starvation and could pass their genes on to subsequent generations, and these are now the genes that predispose people to obesity.

You are prone to gaining weight just as some people are prone to developing heart disease, breast cancer, and other health problems. It's not your fault. The problem isn't psychological. It's biological.

Once you gain weight, the battle becomes even more difficult. Your body responds to your increasing level of body fat just as it should, by sending fullness messages to your brain in increasing amounts. As these fullness messages flood your brain, however, your brain cells treat them like e-mail spam, putting them on a blocked-senders list. Systems that stimulate hunger, cravings, and the storage of body fat get activated, too. Your brain responds as if you are starving, even though you are overnourished.

As a result, you gain even more weight, which causes the body to produce even more fullness spam and the brain to upgrade its spam filter. Even fewer fullness e-mails reach their intended inboxes, causing a vicious cycle that leads to stronger fullness resistance and more weight gain. It's a one-way trip up the scale.