Recently, psychology professor emeritus Daryl Bem has found himself whip-sawed between these two declarations, both in academia and in the news. From the moment a blogger for Psychology Today revealed that an article on Bem's recent experiments on extrasensory perception (ESP) were destined for print in the Journal of Personality and Social Psychology, a prominent publication affiliated with the American Psychological Association, the furor, the public curiosity—and the jokes—have not let up. 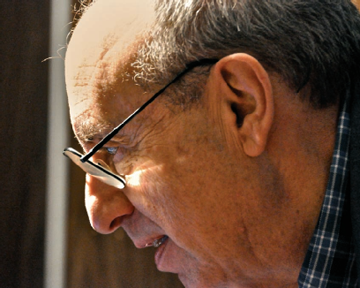 In his paper, "Feeling the Future: Experimental Evidence for Anomalous Retroactive Influences on Cognition and Affect," Bem describes a series of nine experiments conducted over a decade using 1,000 college students. The experiments, Bem says, "test for retroactive influence by 'time-reversing' well-established psychological effects so that the individual's responses are obtained before the putatively causal stimulus events occur"; in other words, subjects guess the answers before they "know" them. Bem's stated goal is "to provide well-controlled demonstrations of psi"— a term he uses interchangeably with ESP—"that can be replicated by independent investigators." To wit: Bem is testing for precognition, or the ability to know the future.

In another test, on "retroactive facilitation of recall," Bem "time-reversed" a classic memory experiment in which subjects study forty-eight words, sorting half into categories like colors, animals, or food. This reinforces memory—and the sorted words are remembered more frequently. But Bem tested 100 subjects first, then had them categorize the words. In his paper Bem concludes the results show that "practicing a set of words after the recall test does, in fact, reach back in time to facilitate the recall of those words." Once again, it's a numbers game with anomalous results: subjects seemed to "remember" words before they saw them.

One doesn't have to be a scientist or statistician to find Bem's study peculiar— but then it is about the paranormal. Many psychologists have scorned the work, considering it flimsy pseudo-science using outmoded statistical methods, or even a prank. (In a piece in the New York Times science section in January, a professor at the University of Oregon noted that Bem has a great sense of humor, and that he "wouldn't rule out that this is an elaborate joke.") Bem's most vehement critics are social scientists who fault the journal for accepting the article; its editor counters that the paper was subject to the standard blind peer review. The debate, says Bem, has become an academic version of "they said, he says."

The published study and the resulting kerfuffle have drawn a torrent of media coverage. In January, a crew for "Through the Wormhole," a TV science show produced by actor Morgan Freeman, was on campus shooting footage of Bem and his student subjects for a segment to air this spring; CNN and Comedy Central's "Col-bert Report" invited Bem to appear, and dozens of major media outlets including NPR have broadcast, televised, or blogged about his work. "It has come late in my career," Bem says, "but I guess this is my fifteen minutes of fame." Not that Bem's experiments prove that ESP exists; in fact, he says he doesn't necessarily believe in it. "I've always been a skeptic of ESP," he says. "No one mentions that, but it's one of the reasons I spent so many years on this research."

Bem's skepticism stems, in part, from the fact that he's a "psychic" himself—on stage, that is. Bem is practiced at mentalism, a performance art that demands highly refined observational and intuitive abilities. One highlight of his stage show is having an audience member he's never met think about five common household items. Bem asks the subject to concentrate on the objects—and then guesses each one with astonishing accuracy. He replicates this act annually for students in James Maas's Psych 101 class, as well as for Cornell faculty and alumni groups. How does he do it? "Very well indeed," he says.

No magician worthy of the name ever reveals his secrets. But Bem is happy to share the methods used in his nine experiments and has created a user-friendly software package available to all comers.

Will his results ever be replicated? Only time—or psi—can tell.