In his autobiography, Music Is My Mistress, Duke Ellington offered his views on the genesis of jazz. The blues, he wrote, "are basic," and then he added: "The blues were worldly songs, but the gospel songs and spirituals of the black churches were also an important element from the beginning, for the way they were sung, with soulfulness and great enthusiasm, made an unforgettable impression on most jazz musicians when they were young." 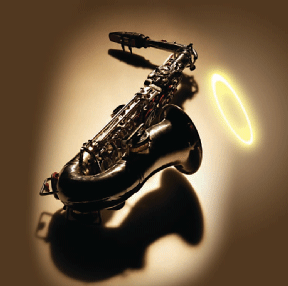 Soulfulness and great enthusiasm are key ingredients of Heaven in a Nightclub, a double-CD of gospel-infused jazz recorded at a fundraising concert for Chesterton House, a Christian studies center at Cornell. The project was put together by the center's director, Karl Johnson '89, MS Ag '00, who explains that he got the idea at a 2006 conference in Ithaca at which theologian Dr. Willam Edgar lectured. Edgar is also a jazz pianist, and during the conference he performed a concert with local musicians, interspersing the tunes with narratives about jazz history and spirituality. "It was an interesting combination of good music and thoughtful academic reflections," says Johnson, who immediately began to hatch plans for a more ambitious concert.

Edgar liked the idea, and he suggested that the group should include saxophonist Joe Salzano, who had played with him in Ithaca, and gospel vocalist Ruth Naomi Floyd. The final piece fell into place when ORIE professor David Williamson helped Johnson contact the virtuoso jazz bassist John Patitucci. Before coming to Cornell, Williamson had met Patitucci when they were members of a bible-study group at a church in Westchester County. Patitucci—an associate professor of music at CCNY as well as a busy performer— signed on for the show, which took place on May 5, 2007, in the auditorium of the New York Society for Ethical Culture.

The CD has ten tunes punctuated by six Edgar narratives. Aside from the jazz standard "Autumn Leaves," the selections are all spirituals, gospel songs, or compositions strongly influenced by church music, including a medley of Ellington's "Come Sunday" and "David Danced Before the Lord." In the words of one concert-goer, reports Johnson, the performances are "beyond spectacular." The CD is available at www.chestertonhouse.org and with luck, says Johnson, there will be another concert—maybe in Ithaca.