If Dana Beyer ’74 succeeds in her bid for Maryland’s House of Delegates, she will be the first transgendered person ever elected to statewide office in the U.S. When Beyer was majoring in biology on the Hill, she was known as Wayne—but all her life, she’d felt like a woman trapped in a man’s body. Now, the retired eye surgeon has a new life as a community activist and aspiring politician. “Because of my transition,” Beyer says, “I’m fearless.”

What surprised Dana Beyer '74 as she ran for a seat in Maryland's House of Delegates in 2006 was that almost no one pointed out the elephant in the room. Pitted against seven other Democrats running for three seats representing District 18, Beyer worked tirelessly for four and a half months. She built a website, crafted position papers, participated in candidate forums, and campaigned relentlessly, knocking on some 7,200 doors. But only one prospective constituent, a former town official, even mentioned the issue that had drawn widespread attention to Beyer's campaign. 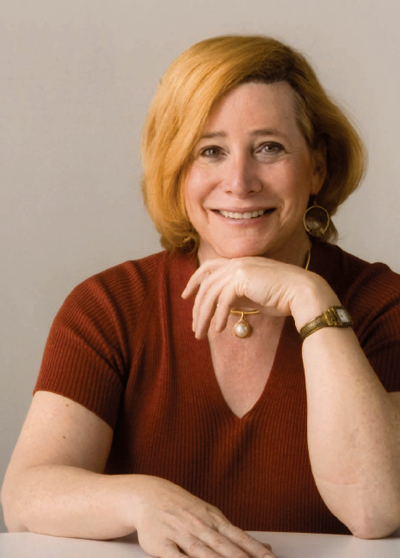 "Oh, I know all about you," the man said, likely having read profiles of Beyer in the Washington Post and the Baltimore Sun. Standing in his doorway, he began ticking off the reasons why he was impressed with her. "You're a retired eye surgeon. You graduated Phi Beta Kappa from Cornell. You got your medical degree from Penn." Then he added, "On top of that, you changed your gender."

By running for election to the state legislature, Beyer essentially outed herself to the 60,000 potential voters in the traditionally liberal district (where the race is generally decided during the Democratic primary). Her male-to-female transition had occurred only three years earlier, but she knew she had to tell her story in full. "When I decided I was going to deal with this, part of it was about acting with integrity and not being afraid to tell anybody," says the fifty-eight-year-old, who lives in suburban Chevy Chase. "As a politician, I really have no choice. And part of the reason I'm a politician, I think, is I really didn't want to have a choice."

Beyer was unafraid to go public about her personal history, sometimes using humor to diffuse the tension. Like the time the talk at a candidate forum turned to same-sex marriage, and Beyer said, "I think I'm the only person on the dais who has actually been in one." But her platform went beyond gender and equality issues (she remains a vocal proponent of extensive health-care reform), and Beyer was endorsed by groups ranging from the Montgomery County Public School Retiree Association to the Fraternal Order of Police. In the end, however, two incumbents won reelection, and Beyer fell about 1,000 votes short of the third seat. But she is running again this year—setting her sights on the September 14 primary—and this time around she says she is better prepared.

It is difficult to assess the transgender population in the U.S.; the Census Bureau doesn't ask about gender identity beyond male or female. In 1994, the American Psychiatric Association estimated that as few as one male in 30,000 seeks gender reassignment surgery (and only one in 100,000 females). But two years later, a study examining four decades of data in the Netherlands suggested the procedure might be nearly three times as prevalent for each gender. University of Michigan professor Lynn Conway (who underwent a male-to-female transition in 1968) reckons that roughly 1,500 to 2,000 U.S. residents undergo male-to-female reassignment surgery annually.

If Beyer is elected to the Maryland House of Delegates, she will be the first trans-gender person to serve at the state level— ever. After more than fifty years of living as what she calls 'an actor, a fraud,' she will have become a pioneer.What is certain is that there have been only a handful of transgender politicians around the world, the best known being a woman (coincidentally named Georgina Beyer) who was elected to New Zealand's Parliament in 1999 and served until 2007. There have been a few others—a former member of the Italian parliament; a state legislator in India; a mayor of Cambridge, England; local politicians in Japan, Germany, and Spain.

In January, President Obama made headlines by appointing Amanda Simpson to be a senior technical adviser at the Commerce Department. Simpson, who won a Democratic primary (but lost the general election) for state representative in Arizona, is the first transgender person appointed to federal office. But the list of elected transgender politicians in the U.S. is a short one. While the Gay & Lesbian Victory Fund counts some 450 openly gay, lesbian, and bisexual officials serving at the local, state, and federal levels, the number of transgender politicians can be counted on one hand. There was a councilwoman in Georgia, an alderperson in Missouri, a small-town mayor in Oregon, a school board member in Hawaii. And that's it.

If Beyer is elected to the Maryland House of Delegates, she will be the first transgender person in America to serve at the state level—ever. After more than fifty years of living as what she calls "an actor, a fraud," she will have become a pioneer.