Last Halloween morning, fifteen Cornell students went into a maximum-security prison to discuss the judicial system with four men serving time for second-degree murder. The students were escorted through barren hallways lined with locked steel doors and led into one of the small cells within the walls of Five Points Correctional Facility, located thirty miles northwest of campus in Romulus. The field trip was part of Professor Mary Katzenstein's upper-level government course, simply entitled Prisons.

Capped at 100 students, Prisons is designed to put the correctional system into the larger context of American society and explore it from moral, political, and philosophical angles. "The objective is to ask what the booming incarceration rate tells us about ourselves," says Katzenstein, who has taught the class for eight years. "The course is organized around three lenses through which the world of crime and punishment is often seen—responsibility, rights, and race. We ask how these lenses operate both to justify and critique incarceration policy." 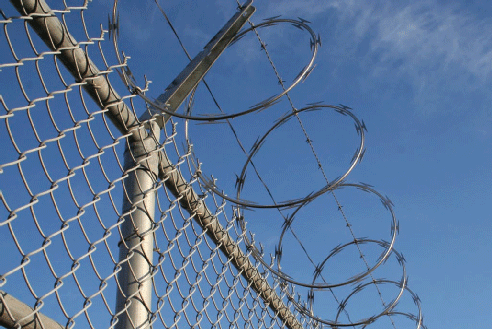 Prisons meets for lectures twice a week, with smaller weekly discussion sections led by three teaching assistants. Although the prison visits are not required, Katzenstein strongly encourages her students to attend at least one. Teaching assistant Desmond Jagmohan, a PhD student in the government department studying American political thought and race, says he was initially anxious about the visit to Five Points. "I am conflicted about the practice of observing those incarcerated—afraid that it becomes a field trip where we study human beings as objects," Jagmohan says.

"But by meeting and speaking frankly with those incarcerated, I have learned that we are all engaged with the institution and its effects." In addition to Five Points, groups of fifteen students visited maximum-security prisons in Auburn and Elmira for tours and discussions with inmates involved in the Youth Assistance Program, which recruits prisoners to mentor at-risk teens. Thirty students signed up to visit medium-security Cayuga Correctional Facility, where they talked with inmates about Geoffrey Canada's memoir Fist, Stick, Knife, Gun, a personal history of growing up in the violence-plagued Bronx.

'The objective is to ask what the booming incarceration rate tells us about ourselves.'Cross-listed with the American studies department, the course has a required reading list consisting of scholarly articles, online resources, and books on topics such as the rising prison population, the repercussions of the "war on drugs," and race in penitentiaries. Students are required to attend a drug court session in Ithaca and write a short paper on the experience. Some of Katzenstein's students also get firsthand exposure to inmates by participating in the Cornell Prison Program. Professors, faculty, and students volunteer to teach at Auburn, Cayuga, and several local juvenile facilities to help inmates earn associate's degrees. Neil Nadkarni, a senior biology major who took Prisons as an elective, volunteered as a teaching assistant every Friday morning at Cayuga. He says that by understanding the lives of inmates, he can better relate to an often forgotten demographic. "This experience has helped to deconstruct my previous perception of the prison population as one that lacks ambition," Nadkarni says. "I realized from day one that the inmates were strongly motivated toward setting their lives in the right direction."

The course examines the increasing incarceration rate and asks students to consider crime as a response to American society, rather than the result of an individual's personal failings. As Katzenstein notes, while America comprises only 5 percent of the world's total population, it has 25 percent of its prisoners. She adds that if present trends continue, one of every three African American men will spend time behind bars. For Jagmohan, the trip to Five Points brought such concerns to life. "As a man of color," he says, "I am troubled by the rows of cells that house those who look like me, black bodies caged and guarded by white men and women."

Katzenstein also invites guest speakers; last fall's included the president of John Jay College of Criminal Justice, two people who had served time for drug felonies, and political activist Angela Davis—a former Black Panther who was the subject of an extended manhunt and trial and is now a professor at the University of California, Santa Cruz. Katzenstein hopes her students leave the classroom questioning preconceived notions about the line between convicts and citizens. "This course has taught me that although society may make a certain group seem hopeless, there remains a sense of humanity among all members of our community," says Nadkarni. "It is necessary for us not just to categorize people as prisoners, but to understand the circumstances that led to their choices—so that fewer people go down that road."