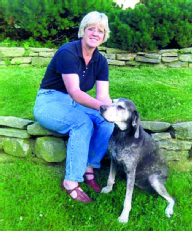 Katrin Higgins Tazza has loved German shorthaired pointers since her father brought one of the dogs home when she was sixteen years old. She raised a litter in her college apartment—and she has been breeding and training them ever since. The owner of Connecticut's Up N'Adam Kennels, Tazza has competed in more than 3,000 events including shows and field tests where her dogs have won titles for showmanship, obedience, and hunting. Of the eleven dogs she currently owns, seven are dual champions, an AKC title denoting high achievement in show and field performance. Two have been inducted into the German Shorthaired Pointer Club of America Hall of Fame, and her dog Super Sioux was the 2009 American Kennel Club Retrieving Gun Dog Champion. (All breeds of pointers compete in the "gun dog" category due to their innate hunting prowess.)

Tazza, whose day job is as first vice president of Morgan Stanley Smith Barney, has also been using her undergraduate degree in animal science to breed a better man's best friend. Over the past six years she has conducted National Institutes of Health-funded research on preventing lupoid dermatosis, a skin disorder affecting pointers, in collaboration with researchers from the Penn vet school. She places her retired champions with families; she says pointers make great pets because of the breed's energy and intelligence. "My dogs grow up with people's kids, they comfort the elderly," she says, "and they're just friends." 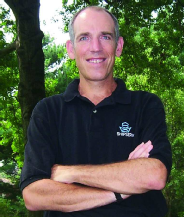 Can living with five women drive one man crazy? As the married father of four daughters, Don Staffin would know. Staffin—husband of Christiana Haldopoulos Staffin '88, MBA '92, and father to thirteen-year-old triplets and a ten-year-old—is the author of Postcards from the Garden of Estrogen, a comical three-year account of his experiences. (The book, which he self-published, is available on Amazon.com and BarnesandNoble.com.) A mix of family anecdotes, "flash forwards" into his daughters' futures, and musings on relationships throughout history, it aims to shed light on the often humorous dynamics between males and females. "Chris is my primary editor," he says. "She decides whether it's funny or not. And if she laughs, I know that I've got a good start."

Staffin's job—as senior vice president for ShipServ, an online marketplace for marine supplies—often requires him to travel internationally, offering stretches of uninterrupted time to write on planes or while awake in hotel rooms at odd hours. He notes that his adventures in fatherhood actually started before he and his wife had kids: they served as house parents for Cornell's Delta Delta Delta sorority during their first two years of marriage. "This was a real experience," he says. "I was twenty-six and Chris was twenty-four, and we had a hundred girls calling us Mom and Dad."