Get with the Program

Many kids like to play video games, but Vic Wintriss wants his students to design them, too. The former electrical engineer is the founder of Wintriss Technical Schools, Inc., a San Diego nonprofit that teaches Java, a popular computer programming language, to children as young as fourth graders. Beginning with simple games like Pong and tic-tac-toe, Wintriss and his volunteer team of professional programmers offer small, hands-on classes to students who otherwise might not learn programming until high school.

After Cornell, Wintriss joined the Navy, where he taught flight training and computer programming. He spent more than three decades at various electronics and computer firms before he parlayed his Navy teaching experience into Wintriss Technical Schools, which he founded four years ago. The school initially offered free lessons, but is now funded by tuition and grants.

Operating out of a single classroom, the school has no formal syllabus. New students begin by designing basic computer games, but are free to learn at their own pace and develop their own projects. "It's individually tailored— there's no beginning or end," Wintriss says. "You keep on going as fast as you can learn." Projects tackled by his students include a father-son team's Asteroids game released for Android phones and robots programmed for the school's annual autonomous robotics competition. In the future, Wintriss hopes to secure more grants so he can codify a curriculum and establish other locations. "Many parents tell me that their kids wake up and say, 'Today's computer day!'" Wintriss says. "They want to go to school."

When Mark Feldman was thirteen, he heard a solo by Led Zeppelin drummer John Bonham—and he "freaked out." "I thought it was the coolest thing in the world," he recalls, "and I just had to learn how to do it." Now, as the founder and sole instructor at Bang! The Drum School, Feldman hopes to cultivate the same enthusiasm in his students. Located in Williamsburg, Brooklyn, the school attracts a wide variety of aspiring musicians; on an average day, Feldman might teach a nine-year-old who dreams of playing jazz at Lincoln Center and a sixty-year-old who hasn't touched the drums in thirty years. 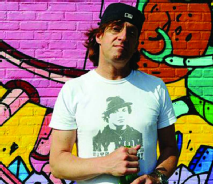 On the Hill, the CALS economics major worked for the Cornell Concert Commission and played drums in a student band called the Naked Eye. During his professional career, he played with blue-grass star Alison Krauss, singer-song-writer Marshall Crenshaw, and "Saturday Night Live" bandleader G. E. Smith. After earning an MBA from Columbia, Feldman spent a decade at Columbia Records, promoting artists like Bob Dylan, Pink Floyd, and Aerosmith.

Feldman left the business side of the music industry as it began to decline with the rise of illegal downloading—but he notes that today, a different kind of technological innovation is fueling his career. He says that many of his students are inspired to learn the drums by playing Rock Band, a video game that features simplified versions of instruments. "People aren't buying records like they used to," he says, "but they're still excited about music."