Belinda Ward ’78 has been a “Sesame Street” staff writer since the early Eighties— penning dialogue and songs for the likes of Cookie Monster, Oscar the Grouch, and Big Bird. She reflects on a career devoted to the iconic TV show, set on a fictional urban block where humans and Muppets live in perfect harmony (sponsored by the letter C and the number 4). 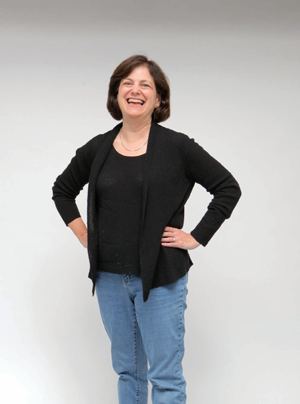 Oscar the Grouch keeps flubbing his lines. Maybe it's because he's annoyed. A few of his human and Muppet neighbors are so amazed by the wonders to be found in a pile of soil that they've belted out a song about it. Oscar is supposed to cry, "Will everyone please stop singing about dirt?!" Seven words. No problem. Except, for some reason, everybody's favorite can-dwelling curmudgeon keeps saying, "Will everyone please stop singing about music?!"

Cut! "Let's try it again," says the director, here on a soundstage at the historic Kaufman-Astoria Studios in Queens, home to the street scene that is embedded in the national consciousness. We can forgive Oscar, of course—or more accurately, septuagenarian puppeteer Carroll Spinney. After all, he has been the voice of both Oscar and Big Bird since the inception of "Sesame Street." Nobody's perfect—particularly for forty-one years. 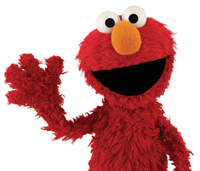 Watching from the sidelines, Belinda Ward '78 just shrugs and smiles. Indeed, there is no grumbling on this set, no eye rolling, just a few giggles and a patient director calling for another take. "It's a very close-knit group of people because everybody's been here for so long," says Ward, who has spent the past three decades writing for the most beloved program in television history. "We're like a family." 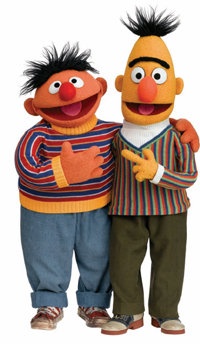 Moments later, while the crew is busy moving cameras around for a change in scenery, another longtime puppeteer grabs a furry red Muppet and kneels in front of a three-year-old visitor to the set. Elmo and the girl have an adorable conversation, and not once does she even seem to notice the puppeteer. But that's "Sesame Street"—such an iconic part of a child's imagination that fantasy becomes reality.

"Sesame Street" has been around so long that some of the first children who were mesmerized by Bert, Ernie, and the gang are old enough to have grandchildren who are equally captivated. It all began at a dinner party in Manhattan in 1966, when TV producer Joan Ganz Cooney and experimental psychologist Lloyd Morrisett, vice president of the Carnegie Corporation, got to talking about how the latter's three-year-old daughter was transfixed by television. "Do you think," Morrisett asked, "television could be used to teach young children?"

Nowadays it seems obvious; back then it was revolutionary. Spearheaded by the tireless Cooney, one thing led to another— feasibility studies, a fifty-five-page report ("The Potential Uses of Television in Preschool Education"), and finally a combined $8 million grant from Carnegie, the Ford Foundation, and the federal government for the newly formed Children's Television Workshop (now called Sesame Workshop) to produce a new show.