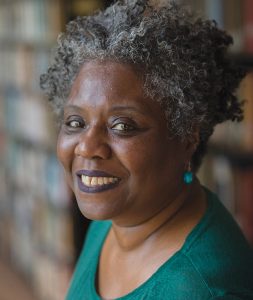 As the coronavirus began to upend life across the country earlier this year, media outlets turned to Cornell professor Noliwe Rooks to parse the impact on American schoolchildren. In outlets from public radio to the Wall Street Journal, Rooks explained the disproportionate effects the outbreak was having on low-income Black and Latino families—particularly in the pandemic’s epicenter of New York City, home to the nation’s largest school district. She noted that as schools shifted to remote learning, many students of color were being left behind; among the myriad challenges, they’re more likely to lack Internet access and digital devices, and to have parents who can’t afford to forego work to supervise lessons. In addition, since millions of children in underserved communities rely on schools for daily meals and social services, closures can have dire consequences for their overall well-being. “We now have an economic crisis on top of the public health crisis,” she told the news program Democracy Now! in April. “And the ways that we’re choosing to educate children is simply unequal and is going to lead to an educational crisis, an educational pandemic, on the other side.”

An interdisciplinary scholar—she directs Cornell’s American studies program, is on the Africana studies faculty, and serves as the W.E.B. Du Bois Professor of Literature—Rooks says the COVID crisis is shining a light on disparities that have long existed throughout the U.S. education system. It’s a problem she has studied in two books: White Money/Black Power: The Surprising History of African American Studies and the Crisis of Race in Higher Education (2006) and Cutting School: Privatization, Segregation, and the End of Public Education (2017). In the latter (later re-released with a different subtitle), Rooks coined the term “segrenomics” to link Reconstruction-era policies to today’s education system, explaining that experimental efforts to narrow the achievement gap for underprivileged children—such as charter schools, vouchers, and online teaching—have actually worsened racial and economic segregation. She further contends that this imbalance has allowed businesses to make a profit by “selling schooling,” rather than committing as a nation to educating poor children of color in the same way that we do those who are wealthy and white. “Inequality in public schools is long-standing, and we have rarely found ways to close that gap,” she says. “COVID has simply exposed that inequality and made it even more difficult for people who are more vulnerable.”

Rooks’s research on issues affecting African Americans extends beyond education. In her award-winning book Hair Raising (1996), she explored the politics of hair and beauty in Black culture. She followed that up with Ladies Pages (2004), in which she described the impact that African American women’s magazines—from publications in the late 1800s to modern-day Essence and O, The Oprah Magazine—have had, with some addressing topics of concern to working women long before the mainstream press. Among the topics she’s currently researching are the food justice movement—which seeks to overcome the barriers communities of color face in accessing healthy meals—and the negative consequences of cannabis laws in the U.S. For instance, Rooks points out that even in states that have decriminalized marijuana, Black people are still being arrested at higher rates than whites for infractions like having more than a certain amount, selling it outside of legal channels, using it in prohibited places, or possessing it while underage. “The more things change,” she says, “the more they stay the same.”

When Rooks was in fifth grade, she was part of the first group of Black children to attend a newly integrated elementary school in Clearwater, Florida—nearly two decades after the landmark 1954 Supreme Court decision in Brown v. Board of Education declared racial segregation in public schools unconstitutional. Unlike in some other parts of the country, she says, they didn’t encounter pickets or protests. “No one was unkind or unpleasant—there were none of the things that I associated with Black people integrating into predominantly white schools,” she recalls. “So for the longest time it didn’t hit me that integration was part of my history, because my story wasn’t like what I saw on TV.” It wasn’t until years later that she realized her experience had been very different from that of her white classmates. “I had absolutely no social interaction with any white people I went to school with; there were no play dates or sleepovers,” says Rooks. “It never occurred to me that was odd until I was raising my son and people invited him to do things regularly.”

Rooks majored in English at Spelman College, a historically Black women’s school in Atlanta, Georgia. After earning a doctorate in American studies at the University of Iowa, she taught at Columbia and Princeton before coming to Cornell in 2012. On the Hill—where she helped establish New York State’s first PhD program in Africana studies—she has taught such recent courses as “A Dilemma Revisited: African Americans, Inequality, and K–16 Education in America” and “Pretty Politics: The Aesthetics of Race and Gender”; she also serves as a core faculty member in the field of feminist, gender, and sexuality studies.

Recently, Rooks has spent time reflecting on the Black Lives Matter (BLM) demonstrations that have swept the country in support of racial justice and police reform. She’s pleased that so many people are calling for an end to systemic racism, including a coalition of more than 280 campus organizations and affinity groups that banded together to form Cornell Students for Black Lives. Yet she argues that BLM activists should be more specific about the changes they want to see—just as the civil rights movement pushed for legislation that outlawed discrimination in public accommodations, education, jobs, housing, and voting. “I think we’re still waiting to see exactly what this movement will leave us,” she says. “But it does seem like these young people are of the mind to leave something impactful behind, and that’s very gratifying to see.”