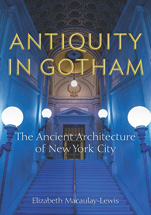 In a volume published by Fordham University Press, Macaulay-Lewis—an archaeologist and architectural historian who teaches at CUNY’s Graduate Center—explores the ubiquity of classical building styles in New York City. As she explains in the introduction, she addresses a question that she posed to herself upon returning to the city after a decade abroad: “If the skyscraper was the quintessential New York building, then why was the architecture of imperial Rome, fifth-century BCE Athens, the Hellenistic world, ancient Egypt, and the ancient Near East present on practically every other street corner?” The book features photos and discussion of such landmarks as Grand Central Terminal, Brooklyn Borough Hall, and the Museum of Natural History. 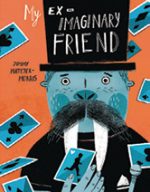 School Library Journal calls this novel for middle-grade readers “a poignant, multilayered story that will appeal to those looking for a heartfelt family drama.” The protagonist is a boy named Jack, about to turn eleven, who has lost touch with his imaginary buddy—a magician who’s part human and part walrus. But with Jack’s parents recently split up and his mom having left him with relatives as she experiences a manic episode of bipolar disorder, he needs his fantastical friend more than ever. Matejek-Morris’s debut novel “addresses difficult topics, including mental health crises, family tumult, divorce, and forgiveness,” says Kirkus, observing that “complicated emotions and difficult family conversations are bracketed with kindness in this unusual book.”

Whitley’s latest collection won Red Mountain Press’s annual poetry prize, which carries a monetary award and publication by the New Mexico-based literary press. As reflected in the title, many of the poems in Songs for Solo Voice explore the aftermath of a long relationship, including “Souvenir,” which begins: “If I take it all back— / the jagged insults hurled like careless daggers, / the failing stargazer lilies and their accusations of neglect, / every unconscionably late anniversary gift— / could there be room left for negotiation? / Or, if not, an available room somewhere / with walls painted the color of possible pardon?” Whitley’s previous honors include the Ironweed Poetry Prize and a Pushcart Prize nomination. 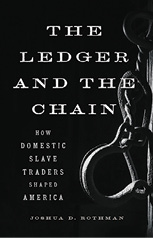 The Ledger and the Chain
Joshua Rothman ’94

When America outlawed the importation of enslaved human beings in 1808, it had the perverse effect of driving business for those in the domestic slave trade. In this nonfiction book, Rothman—chair of the history department at the University of Alabama—weaves personal and professional biographies of three prominent Southerners who were at the forefront of that trade, enjoying lives of wealth and social position built on the suffering, rape, and exploitation of others. As Slate observes in a review: “The Ledger and the Chain disproves a commonly held nineteenth-century myth about slave traders: that the more genteel people of the South saw them as disreputable and wouldn’t socialize with them, outside of conducting some supposedly regrettable, but necessary, business.” 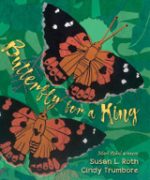 Veteran kids’ author Trumbore and illustrator Susan Roth previously teamed up for three acclaimed eco-themed children’s books: The Mangrove Tree, Prairie Dog Song, and the Silbert Medal-winning Parrots Over Puerto Rico. Here, in a picture book for elementary-grade readers, they highlight the successful grassroots campaign to preserve the Kamehameha butterfly, which exists only on the Hawaiian Islands and is that state’s official insect. Booklist calls the colorful hardcover “a beautiful story beautifully told,” while Publishers Weekly describes it as “an eco-conscious narrative suited to invigorating older children’s own activist efforts.”

New York’s Adirondack Park is a curious and sometimes challenging hybrid: a six-million-acre area, more than half of which is private property and the rest held by the state. As Edmondson writes in this chronicle of its establishment, which began in 1892, “The park’s privately owned lands are like precious metal that forms the setting for an elaborate collection of jewels”—meaning the state preserve’s wilderness areas and open spaces. Based on dozens of interviews with major players, Edmondson explores the contentious politics behind the creation, in 1971, of the agency that oversees the Adirondack Park, the largest state park in the nation. The book was published by Three Hills, an imprint of Cornell University Press.