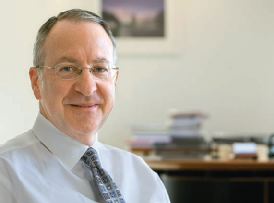 On May 8, Cornell will award MD degrees to the first class of students to graduate from Weill Cornell Medical College in Qatar (WCMC-Q). This class of ten women and six men includes students from Qatar, Nigeria, India, Syria, and Bosnia. The event stands as a major milestone in Cornell's efforts to expand its long-standing commitment to education, research, and service that is increasingly global in scope.

With the establishment of WCMC-Q, Cornell became the first U.S. university to offer its MD degree overseas. The campus, co-educational from the beginning, was created in partnership with the Qatar Foundation for Education, Science, and Community Development and is part of Education City in Doha, along with programs or colleges from Carnegie Mellon, Virginia Commonwealth, Texas A&M, Georgetown, and, soon, Northwestern. WCMC-Q has the same standards and curriculum as Weill Cornell Medical College in New York City, and all its students—from first-year premeds to fourth-year medical students—are involved in some sort of scientific investigation. Currently some 200 students from more than thirty countries participate in the pre-medical and medical education programs at the college; about 20 percent are from Qatar.

'With the establishment of WCMC-Q, Cornell became the first U.S. university to offer its MD degree overseas.'Important evidence of the robustness of this enterprise is shown by the fact that our first graduates—true pioneers—did very well in the competitive "match" program for residencies at some of the top institutions in the U.S. As these students become practitioners around the world, they will bring medical care to underserved populations and encourage others to seek medical education. Some may also continue to advance medical science through involvement in basic and clinical research.

This is a tangible example of the role that U.S. colleges and universities can play in building human and institutional capacity throughout the world, and indeed reflects the scale on which Cornell must act if we want to remain the land-grant university to the world in the twenty-first century. Higher education is one of our country's best policy tools to level the playing field for millions entering an increasingly globalized society and to alleviate inequality and poverty. One of the fairest pathways to this goal is through education.

Many universities in the U.S. and other developed countries have been endeavoring to build human and societal capacity in the developing world, and Cornell is high on the list of those participating in this effort. Higher education organizations are also becoming more involved. Recently the National Association of State Universities and Land Grant Colleges—to which Cornell belongs as the land-grant university of New York State— launched an ambitious initiative to strengthen African universities and increase their educational and research capacity. African universities will play a key role in defining the goals and approaches of the initiative. Among its priorities is improving faculty to provide better university-level training for K-12 teachers, health-care professionals, engineers, technologists, and those working in agriculture and natural resources.

Another exciting venture with the potential to build human capacity is the Clinton Global Initiative University (CGI-U), a new project of the William J. Clinton Foundation, developed, in part, under the leadership of Robert Harrison '76, Cornell trustee and CEO of the Clinton Global Initiative. Along with my wife, Professor Robin Davisson, and two Cornell students, I had the honor to attend the first meeting of CGI-U to announce one of Cornell's many commitments to action, the Cornell Center for a Sustainable Future. The center will focus on energy, environment, and economic development (the last including poverty alleviation, water and food systems, infrastructure, institutions, and education). Our participation in CGI-U is just one example of the many ways in which Cornell is mobilizing to serve as land-grant university to the world while enhancing the education and research programs on our own campuses.

I call on alumni around the world to offer guidance on areas of international opportunity and need, to identify potential collaborators and funding sources, and to help move American higher education in general, and Cornell specifically, into an even more significant role in addressing issues of great importance to our own future and that of the world.