After three decades on the political scene, comic provocateur Bill Maher ’78 is still riling the right

After three decades on the political scene, comic provocateur Bill Maher ’78 is still riling the right

'How come in the information age,” Bill Maher ’78 asked a Silicon Valley crowd of some 3,000 fans at the San Jose Center for the Performing Arts in February, “it’s harder than ever to get information into people’s craniums?”

Maher, who recently marked his tenth anniversary as host of HBO’s “Real Time with Bill Maher,” sure keeps trying. He has had politicians in his sights and audiences in stitches for three decades. Whereas once his career could have been characterized as stand-up comedy infused with political observation, it has morphed into unflinching political satire. Maher aims for hilarity by exploring what he considers to be hypocrisy, duplicity, and imbecility; he’s so fearless, it’s funny. 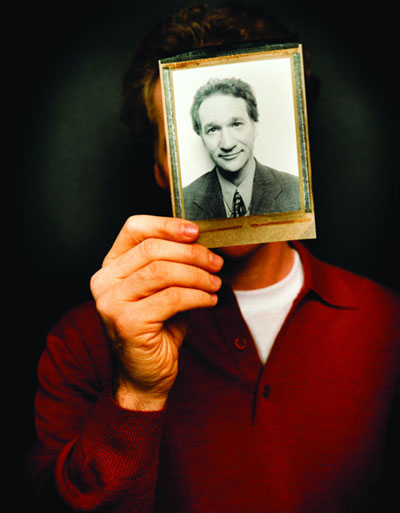 One of his recent ventures, a one-hour stand-up show entitled CrazyStupidPolitics: Bill Maher Live from Silicon Valley, was touted as the first-ever live, uncensored Internet stand-up special, offered free to online viewers. It was the opening act to launch the new Yahoo! comedy channel, which will feature a slate of original video content. Maher sees it as a way to reach people who might not subscribe to HBO or be able to snag tickets to the dozens of stand-up performances he gives each year. As he told the New York Times: “I want to do my act so that millions of people, not just thousands at a time, can see it.”

In San Jose, as usual, he didn’t pull any punches. The backlash against Obamacare? “I learned something from the health-care debate: stupidity is a pre-existing condition.” Bumbling underwear bombers? “You know that terrorist training camp with the monkey bars? I think it’s a party school.” Oft-teary Representative John Boehner? “What’s with the crying all the time? Is he the Speaker of the House or the mother of the bride?” After skewering a series of Republican presidential hopefuls, Maher made the crowd erupt in laughter by saying, “I hope I’m not coming across as partisan.” Following his performance, he made a surprise announcement that he was donating $1 million to a Super PAC supporting President Obama, an organization with the unfortunate name of Priorities USA Action. “I know,” he shook his head. “It was named by Borat.”

Regarding his foray into free online viewership, Maher’s perspective is comically simple: “It is my goal to make people say, ‘Oh no he di-n’t’ in every medium on earth.” The fifty-six-year-old New Jersey native has already conquered television, garnering more than two dozen Emmy nominations (though not a single win) for his original roundtable gabfest “Politically Incorrect” and for “Real Time.” He has succeeded on the big screen (Religulous, his spoof of religious extremism, was the highest-grossing documentary in the U.S. in 2008) and the Off-Broadway stage (he received a Tony nomination for the three-week run of his one-man show, Victory Begins at Home).

Maher long ago mastered the stand-up stage, evolving from a college kid who told a few jokes in Goldwin Smith’s Temple of Zeus to a comic who, in 2005, was ranked thirty-eighth among Comedy Central’s 100 greatest stand-up artists of all time. He’s the bestselling author of seven books, including three inspired by the “New Rules” segment of his HBO show. And he has recently surpassed one million Twitter followers. The medium played host to a classic Maher dust-up in December when he tweeted about a loss by the NFL’s Denver Broncos, whose star quarterback is famously devout. “Wow, Jesus just [expletive] #Tim Tebow bad! And on Xmas Eve!” The remark drew criticism from many quarters; there was talk of a boycott of “Real Time,” but it never materialized.

It certainly wouldn’t have muzzled Maher. This is a comedian who likes to, as he puts it, “confront conformity.” In 1997, he began his five-year run with “Politically Incorrect” on ABC by using his first monologue joke to mock . . . ABC. A few years ago, he directed his venom at Yahoo! (along with Google, Friendster, and Bebo): “If I want to see uncaring, money-making machines with cutesy names, I go to a strip club.” And his alma mater? “I got an excellent education,” he said in a recent interview, “and that’s all I got from it—an excellent education. No fun.”

Many Cornellians would strenuously disagree—but as always, Maher welcomes his critics. Free speech goes both ways, and he has shown throughout the years that it takes many forms. Last December, after he received a star on the Hollywood Walk of Fame, Maher quipped to a reporter: “I could have been deemed too controversial, even for the sidewalk. But then, it is just a sidewalk. If people don’t like me, they can take it out on me with vomit or spit.”