During spring break 2016, when many college students were lying on a beach somewhere, Barbara Cruz ’19 went door to door in an impoverished neighborhood in the South Bronx to raise awareness about tenants’ rights. The experience remains vivid in her mind. As she recalls, many of the people she spoke to—who were mainly older Latino and Latina adults—were visibly scared at the idea of speaking out about their sub-standard living conditions. “They were afraid of getting kicked out or having their landlord call immigration on them, because they had been threatened with that before,” says Cruz, a government major from Chicago. “They didn’t realize they shouldn’t have to deal with threats, or with roaches, bugs, mice, and rats—that they deserved things like working elevators.”

Cruz was working with a neighborhood revitalization group as part of Alternative Breaks, a student-run organization on the Hill. Each spring, it sends more than 120 undergrads on trips to cities around the U.S., where they spend a week volunteering with local agencies, schools, and other nonprofits. In groups ranging from four to fifteen, they do community outreach, tutor kids, prepare meals, assist with activities like therapeutic horseback riding, and much more. “We’re all privileged to go to this school,” says Christian Waibel ’17, a materials engineering student from Pennsylvania who led a group that volunteered with several agencies in New York City in spring 2016, including one that serves at-risk LGBT youth. “The program allows me to leverage that privilege to work with those who have been historically disenfranchised.” 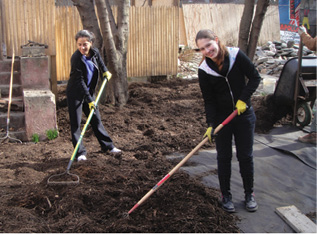 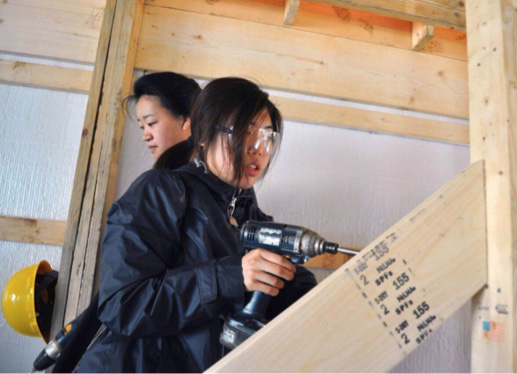 Working on a mural in Cape Cod 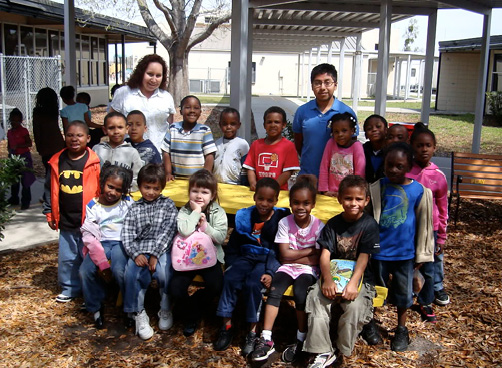 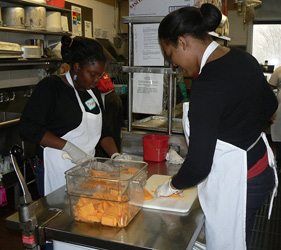 Alternative Breaks selects participants through an application process that begins in October; a student board conducts interviews and matches students to trips based on preference and availability. Each trip costs about $150, which doesn’t include meals but covers transportation and housing (often, say, sleeping bags on the floor of a church). Additional money to underwrite the excursions comes from the student activity fee and from fundraising, including a Krispy Kreme donut sale. Before departing, the travelers do twelve weeks of prep work comprising classes, readings, homework, and training sessions with community service groups on campus and in downtown Ithaca.

Organizers stress that the trips’ activities are dictated by the needs of the people they’re intended to serve—local nonprofits and community members. “We’re not Ivy Leaguers going to rescue communities,” says Christine Liu ’17, co-president of Alternative Breaks, who majors in Policy Analysis and Management (PAM) in the College of Human Ecology. “We want to learn from them, and learn more about the issues.” At a New York City transitional home for domestic violence survivors who are working toward their GEDs, for example, they were asked to help convert an apartment into a library where the residents could study. As part of a program established by a University alumnus in Orlando, Florida, another annual trip taps undergrads to mentor elementary schoolers in a low-income, minority neighborhood. “We are offering service to a community—but by engaging with them, we’re also getting things back,” says Cruz. “It’s a two-way street.”

For Stacey Kim ’17, Liu’s co-president and a fellow PAM major, a trip to Cape Cod during 2016 spring break offered an opportunity not only to do hands-on service, but to get an up-close look at the challenges of finding affordable housing in a high-cost-of-living vacation locale. Working with a local housing advocacy group, Kim and her fellow Cornellians helped build a barn as part of a community development project. “We didn’t do it ourselves,” Kim notes, “we did it alongside their clients.” Similarly, students who volunteered at a shelter in New York City painted a mural with its
residents, who are Asian women who have suffered domestic violence. “This is not just an eight-hour-a-day commitment; it’s morning, noon, and night,” says ILR grad Joyce Muchan ’97, assistant director of student development at Cornell’s Public Service Center, who has served as Alternative Breaks’ advisor since 1999. “They’re embedded in the community. They’re going from a parent action committee meeting to a tenants’ rights workshop to a fundraiser. And this is all within one week.”

During the trips, the students keep journals and hold regular debriefing sessions. After classes resume, they present reports of their experiences at an event that’s open to the campus community, sharing what they learned. For some participants, the trips have long-lasting effects, sparking other projects or even shifting their academic and career goals. For example, a 2009 trip to an organization in New York City that serves girls who have been victims of sexual exploitation sparked the formation of a Cornell campus group—Students Against the Sexual Solicitation of Youth (SASSY)—that raises awareness about the issue.

Due in part to her experiences with Alternative Breaks, Kim was inspired to switch from the pre-med track to major in PAM, which studies how public policy is designed and implemented to address problems in society. Waibel says that the program has opened his eyes to “the importance of listening and working with communities when you want to help them”—a perspective that will guide his future endeavors in academia, studying the history of how building materials have been produced and consumed. “In doing this research, I will have to interact with communities from various nationalities and socio-economic backgrounds,” he says. “Instead of imposing a narrative on them—something I would have done before Alternative Breaks—I would emphasize letting them speak for themselves, hearing their stories, and working with them to come up with solutions.