Cornell Alumni Magazine: How much does traffic congestion cost the U.S. economy?

Michael Manville: This year the Texas Transportation Institute estimated that it cost about $100 billion—or $750 per peak-period traveler. That sounds big. But if you break it down, it's about $1.50 per trip, which is probably less than what a lot of commuters spend on coffee. That said, many people question the methodology; there are things that aren't counted in that measurement—like accidents and pollution—that make the cost much bigger. The bottom line is there's no one number; anyone who tells you otherwise is mistaken or lying.

CAM: Can congestion get much worse than it already is?

MM: The peak can spread, which is what you see in Los Angeles and New York; forty years ago maybe congestion was from eight to nine a.m. and now it's from seven to ten. Some of that spreading effect will be bounded by the fact that only so much of the population can go into work late or early, but congestion can get worse. The impetus to impose congestion tolls in central London came after a study showed that average speeds in 2003 were about the same as in 1903.

CAM: What made you want to study traffic?

MM: Congestion is a classic collective action problem; everyone does what is individually rational, but we generate a collective outcome that's completely irrational. We accept traffic congestion in a way that we would not accept other broad-scale failures. Roads are an important part of American infrastructure, but twice a day they collapse from overuse. We would not tolerate it if our lights went off or our sewers backed up twice a day, five days a week. But congestion is a routine part of American life, because of a combination of incentives and attitudes that we've locked ourselves into. And although they cause tremendous harm, we don't have the political will to address the problem head on.

CAM: When we're stuck in traffic, we often wonder why; an accident, construction, bad weather? Does there have to be a reason—or is it just because there are too many people on the road?

MM: All those things matter. But ultimately congestion is about too much demand for limited space on the road. Think about when Best Buy sells plasma TVs on Black Friday for a hundred bucks. What do you see on the news? A line around the block. Nothing's gone wrong; they're giving away a valuable good for well below the market price, and they get a queue as a result. The same thing happens when we give away space on a road that takes people to amenities, housing, jobs, and other things they value. 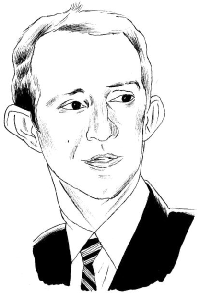 CAM: So you're saying that the fundamental problem is that it costs nothing to use most roads?

MM: Yes. We drive on most roads for free, which makes using roads very different from other forms of infrastructure. Every time you turn on your lights, your electric meter is running. Space on the road is a scarce resource—and when we don't charge for it, we overuse it. That's congestion. So the idea is to charge for road space in the same manner that we charge for other scarce goods. In the places where congestion pricing has been tried, congestion goes away.

MM: Central London, Singapore, Stockholm, and there are a few dynamic toll roads in Southern California. They move a lot more vehicles and reduce pollution. But it's not a popular idea.

CAM: Why do people object so strenuously?

MM: People have become accustomed to the idea that roads should be free; in the West, highways are called freeways. So changing that attitude is extremely difficult—particularly when any sort of user fee can be interpreted as a tax, and we're in a political environment where new taxes face an uphill battle.

CAM: When fees are proposed, many people call them elitist.

MM: That is a reoccurring objection, and there are a couple of ways to look at it. Lower-income people are much less likely to drive in the first place—and if you're on a bus on a congestion-priced road, you go a lot faster. Low income people are also more likely to drive at off-peak hours or to reverse-commute, so they are less likely to pay high tolls if they do drive. And we need to remember that congestion doesn't just affect drivers. When we sit in traffic on busy arterials, we emit a lot of pollution into nearby neighborhoods, which are often populated by lower-income people. The consequences are enormous. You end up with babies who have low birth weights and life-long respiratory problems, and higher incidences of asthma and cancer—all because affluent people don't want to pay for the congestion they cause. So the equity argument is more complicated than simply saying that priced roads are "Lexus lanes."

CAM: Is this model at work on toll roads like the New York State Thruway and the Massachusetts Turnpike?

MM: Those tolls aren't designed to manage traffic, just to raise money. The key is that a toll has to be dynamic; it has to rise and fall with the demand for the road, so when you pay you get something in return. "Yeah, I've paid a toll, but I'm going sixty-five miles an hour."

CAM: What can you recommend other than toll-based solutions?

MM: You can recommend different things, but by themselves they probably won't work. We've spent a lot of money on public transportation, but transit doesn't do much to the overall level of congestion; it just lets some people glide by underneath it. Manhattan has the densest rail network in the U.S., and its congestion is terrible. Places with well-developed transit systems—Boston, San Francisco, Tokyo, London—tend to have horrible congestion.

CAM: That seems anti-intuitive. Could you explain why?

MM: When people who would have driven get on a train, they free up space on the road. That reduces the time-cost of driving. So other people switch from other routes, modes, and times to drive at the peak hour. In the medium term, you get the same level of congestion. The Onion headline says it all: "98 Percent of Americans Favor Public Transportation for Other People." If everyone thinks that way, what you get is an empty train and a crowded road. And even if you get a full train, like in Manhattan, you also get a crowded road.

CAM: If public transportation doesn't help and tolls are a political dead-end, then what?

MM: We have to keep banging away at adding tolls, and looking for ways to make them more politically feasible.

CAM: To what extent are you up against an intractable problem, which is Americans' passionate attachment to their cars?

MM: There may be a car culture, but its influence can be overstated. When people move from L.A. to New York, their behavior changes. They adopt a new culture shaped by the monetary realities of travel in New York. The car culture exists in part because we have laws and regulations that make driving cheap.

CAM: You lived in L.A. for ten years, and even Ithaca has traffic jams. How does being in this field affect your own experience behind the wheel?

MM: I sometimes look around and see how many cars have more than one occupant—measure the wasted space. But it's hard to be analytical when you're stuck in traffic. As a driver, your reptilian instincts kick in; you just want to get home. It's much easier to think rationally about congestion when you're not in it.