John Marks ’65 has a rare job description: he aims to end war forever. Marks is founder and president of Search for Common Ground, a nonprofit that promotes peace and tolerance around the globe, through everything from multi-ethnic kindergartens in Macedonia to a soccer-themed soap opera in Kenya. “We’re trying to transform the way the world deals with conflict from adversarial to nonadversarial approaches,” he says, “from win-lose to win-win.” 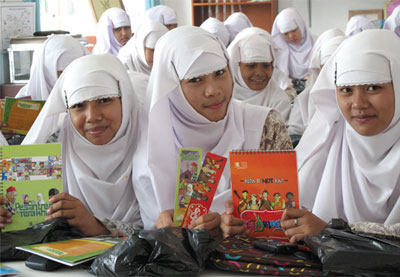 Esalen Institute, the spa and spiritual center overlooking a breathtaking collision of land and sea along central California's Big Sur region, was the birthplace of the Human Potential Movement. Founded by a couple of Stanford graduates a halfcentury ago, Esalen has long drawn visitors seeking personal and social transformation via workshops and seminars led by some of the world's most creative thinkers—from Abraham Maslow to Aldous Huxley to Ansel Adams. On this cloudless Wednesday, one of those thinkers can be found after a stroll past the art barn, the organic garden, and the cliffside hot springs tubs. The unassuming white-haired fellow is sitting at a table in the lodge and reading a book. It is a working vacation, and John Marks '65 looks quite at peace.

Given the scope of his life's pursuit—as founder and president of Search for Common Ground (SFCG), the world's largest nongovernmental organization devoted to global conflict resolution—one expects Marks to be studying a hefty tome. Maybe Robert Jervis's Perception and Misperception in International Politics or Kenneth Waltz's Man, the State, and War. But no, he's reading Moneyball, the story of Oakland A's general manager Billy Beane's unique approach to assembling a baseball team. Of course, maybe that fits; it's the story of an iconoclast who recognizes the failures of traditional strategies and opts for an outside-the-box approach. "Being a visionary is very useful if you're going to start a religion or write a philosophy book," says Marks, squinting as the sun begins its descent over the Pacific. "But if you want to change the world, you need to be an applied visionary."

Such is the mandate for Search for Common Ground, and the possibilities for its application are nearly endless: The Women's Peace Center in Burundi. The Palestinian Center for Democracy and Conflict Resolution in Gaza. The multiethnic, bilingual kindergartens in Macedonia. The 120 Ukrainian schools offering dispute mediation and conflict resolution classes. The thirty-six civilian protection committees established in the Democratic Republic of Congo's most troubled provinces. The Congressional Conversations on Race, aiming to promote racial healing in the U.S. in partnership with the Faith and Politics Institute. The four-part TV documentary, Shape of the Future, written and produced by Marks and broadcast in Hebrew and Arabic in the Holy Land, which explores what an Israeli-Palestinian peace settlement might look like. "We believe conflict always does get resolved," says Marks's professional partner and wife of eighteen years, Susan Collins Marks. "It's just a matter of when." 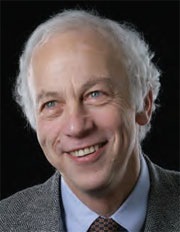 Search for Common Ground, which began in 1982 with two employees, now boasts more than 400 staffers around the world (its headquarters are in Washington, D.C., and Brussels) and offices in twenty-seven countries from Angola to Zimbabwe. The organization's motto is "Understanding differences, acting on commonalities." Among its core principles is the notion that conflict (as opposed to violence) naturally results from political, ethnic, or religious differences, but it can be reframed so that people attack shared problems rather than each other. The organization may adhere to high-minded philosophies, but it is rooted in practicality—the pursuit of effective action. SFCG aims for long-term commitments and solutions based on cultural immersion and relationships developed over time. Change, Marks says, must be incremental and sustainable. "We're trying to transform the way the world deals with conflict from adversarial to non-adversarial approaches—from win-lose to win-win," he explains. "The way you achieve that, in my view, is to do it piece by piece and step by step. It would be wonderful if I could snap my fingers and make it happen, but it doesn't work that way."