Almost exactly a century ago, four Cornellians boarded the Royal Mail Steamship Titanic on its maiden voyage; they included a railroad designer, two engineers, and a young man trailing a girl he fancied. As the world marks the centennial of the tragedy that struck that “unsinkable” ship—and took more than 1,500 lives—CAM looks back at the experiences of that fateful quartet of Cornellians. Two of them perished—while two lived to tell the tale. 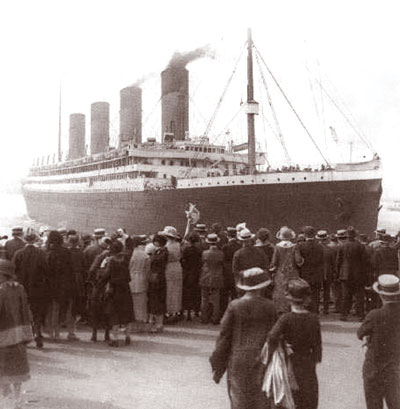 As the centennial of the Titanic disaster approaches, a look back at the fates of four Cornellian passengers

It was the biggest piece of news she would ever report. In 1985, Anne Rabushka Smrcina '74 was working as a public information officer at Woods Hole Oceanographic Institution on Cape Cod. Typically, her job involved crafting press releases about scientists exploring global current patterns or deep ocean vents. But on the first day of September, it was her duty to tell the world about a discovery that would be headline news around the globe.

For decades, historians and treasure hunters had been searching for a supposedly unsinkable ship, an 882-foot luxury ocean liner with a double-bottomed hull and sixteen watertight compartments—the largest vessel afloat in its day. But a century ago, on April 15, 1912, the Royal Mail Steamship Titanic sank to the bottom of the ocean on its maiden voyage, taking more than two-thirds of its passengers with it. For more than seven decades, no one knew exactly where to look for the wreckage—or whether it could be found at all. Then, on that summer day twenty-seven years ago, a joint American-French expedition, led by marine geologist Robert Ballard, found it. Three hundred fifty miles southeast of Newfoundland, the unsinkable Titanic was under 13,000 feet of water.

The reverberations of the discovery shocked even those who were tasked with announcing it. "None of us realized the extent of the global interest in the story," says Smrcina, now education and outreach coordinator for the Stellwagen Bank National Marine Sanctuary in Scituate, Massachusetts. "We were getting requests from Japan, the Soviet Union, and countries all over Europe. That was a surprise—that there was that level of curiosity." Smrcina and the rest of the Woods Hole staff became quick-study experts on the history of the ship and its passengers, and she came to agree with Ballard's perspective that the ship was more than just a sunken vessel—a philosophy not necessarily shared by the French, who recovered a number of artifacts. "Ballard wanted to explore the ship to understand why it sank," she says, "but he also wanted to leave it as a resting place for those 1,500 souls."

The last Titanic survivor, a woman named Mil­vina Dean, who was two months old when the ship went down, died in 2009 at the age of ninety-seven. But the survivors' stories remain, as do the victims' tales. And there were two of each among the four Cornell alumni who made the ill-fated voyage.

Titanic was so new when the passengers boarded on April 10, 1912, that its paint was still wet in some spots. Constructed at a cost of $7.5 million, the pride of the White Star Line was the first ship to have electric lighting in every stateroom. There were seven grand staircases, a heated swimming pool, a squash court, and parlor suites with private promenades that cost more than $4,300 apiece (some $50,000 today). Its first transatlantic voyage was to be a trip to New York from Southamp­ton, on the south coast of England, where two Cornellians boarded. 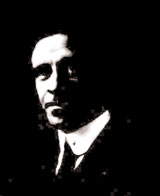 William Hull Botsford, SpArch 1909 (known as "Hull" back home in Elmira, New York), was descended from a passenger on another famous vessel—John Alden, said to be the first person from the Mayflower to set foot on Plymouth Rock. Botsford excelled at drawing (one of his works graced the cover of the 1910 Cornellian), but he was also a talented singer and champion wrestler. After graduation, he became chief designer for the Delaware, Lackawanna, and Western Railroad, crafting the blueprints for at least a dozen railroad stations in New York and New Jersey. In 1912, he embarked on a grand excursion to Egypt, Turkey, and Europe to study architectural technique. During the trip, his design for the Nicholson Bridge—the world's longest concrete span, located north of Scranton, Pennsylvania—was accepted. But the letter didn't reach London until after Botsford set off to travel home to Orange, New Jersey. He paid thirteen pounds for the privilege of boarding Titanic as a second-class passenger, ticket number 237670.

Norman Chambers 1905, holding ticket number 113806, was seventeen days short of his twenty-eighth birthday when he boarded Titanic at Southampton. Bespectacled, he looked older than his years. Although he was a mechanical engineer, one might have guessed he was a schoolmaster. Indeed, Chambers was known for his studiousness; at his New Jersey prep school, he once wrote a letter to the headmaster complaining about a teacher who'd failed to provide satisfactory instruction on the works of Cicero. But he liked a good smoke, and spent a good deal of time in the smoking room aboard Titanic. He may have even slept there at least once, although he and his Ithaca-born wife, Bertha, were comfortably settled as first-class passengers in Cabin E-8 on the starboard side.

Ninety minutes after Titanic departed from Southampton on April 10, the ship arrived in Cherbourg, France, where two more Cornellians boarded. Thirty-one-year-old Gilbert Tucker Jr. held ticket number 2543, purchased primarily because of an infatuation. A 1901 graduate whose father was editor of the Country Gentleman, the bachelor from Albany had been traveling through Europe with his parents and sister. But when he met twenty-four-year-old Margaret Hays, a high school teacher from New York City who was touring with a girlfriend and the friend's mother, he fell for her immediately. He opted to join her on the journey home to America, appointing himself as the ladies' official escort. Hays and her friend occupied Cabin C-54. Tucker took C-53.

Leila Meyer and her husband, Edgar Meyer 1905, boarded at Cherbourg, too. The spring of 1912 was supposed to be a joyous time for them. Leila's brother had scheduled a wedding for the end of April, and the couple had embarked on a European vacation, leaving their infant daughter to be cared for at home in New York. But at the beginning of the month, Leila's father died suddenly. Desperate to return stateside, they booked a last-minute ticket aboard Titanic as first-class passengers.

One of eight children in a family transplanted from San Francisco to New York, Edgar Meyer had two sisters who married Sigmund and Abraham Stern, the president and CEO of Levi, Strauss & Co. (One of his nieces, Katherine Graham, would become famous as the publisher of the Washington Post during the Watergate era; a grandnephew would go on to own the Oakland Athletics.) Meyer had graduated from the Sibley College of Mechanical Engineering, where he discovered a method to measure the velocity of flame propagation in gasoline engines. By 1912, the twenty-eight-year-old was vice president of the Braden Copper Company in New York City. He was described by the New York Times as "having a gentle and pleasing personality, as well as a manly, straightforward manner." He held ticket number 17604.

On the final evening of Titanic's brief voyage, the Meyers met a famous English dress designer named Lucy Duff-Gordon in a shipboard lounge. She had brought a then-popular "confessions book" with her and convinced Edgar to fill in his "likes" and "abominations." When it came time to fill in his "madnesses," he laughed and wrote simply, "I have only one—to live." A couple of hours later, having failed to heed ice warnings from other ships, Titanic sailed at top speed into an ice field. At 11:40 p.m., it struck an iceberg, which made a 300-foot-long gash in the hull.