In the U.S. criminal justice system, lawyers face off against each other, the accused usually don’t speak, and victims are typically left on the sidelines. In such a system, someone who commits a crime like burglary is seen as an offender who has violated the law and deserves punishment. But among the Navajo—one of the Native American tribes that are considered sovereign nations with their own government and laws—criminal acts and other disputes are resolved very differently.

As students in a new winter session course taught by faculty from the ILR school and Cornell’s American Indian and Indigenous Studies Program (AIISP) learned, the Navajo view burglary as a violation that throws the entire community into disharmony. So their priority is to heal, not to punish. To that end, all those affected by the crime would sit down to express their feelings, and a respected elder or peacemaker would give guidance based on the values and traditions of their people. Then everyone—including the offender—would talk through the problem and try to reach an agreement. As part of the process, the offender might be encouraged to apologize to the homeowner and acknowledge the impact of their behavior. Prayers are said, and a meal is eaten together. “It’s not an adversarial system,” says Richard Fincher ’73, the ILR alum who spearheaded the course, known as the ILR Hopi & Navajo Mediation Engaged Learning Program. “It’s about restoring balance and harmony to all parties involved—and harmony and balance are two words that are not ever used in the Anglo legal world.” 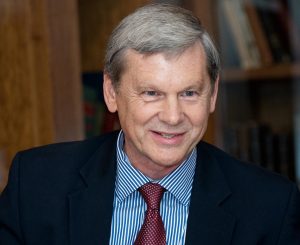 A former Fulbright scholar and longtime adjunct faculty member at ILR’s Scheinman Institute on Conflict Resolution, Fincher is an attorney who manages a dispute resolution firm based in suburban Phoenix, Arizona, that helps arbitrate labor and employment matters; he previously helped launch the ILR Vietnam Engaged Learning Program, in which Cornellians travel to that country to learn about labor relations and dispute resolution with students from a university in Ho Chi Minh City. He became familiar with Native American approaches to resolving disputes after moving two decades ago to Phoenix, where the Navajo and Hopi are among the largest American Indian nations in the region. “It’s remarkable,” he says of their non-adversarial systems of settling conflicts, “and different from anything I’d ever seen.”

Course organizers originally planned to have students gather on campus, then travel to Arizona to visit Native American reservations and mediation centers, as well as engage in cultural activities. That changed due to the coronavirus pandemic; instead, the eleven participants—all ILR students—attended virtual classes for two weeks in January led by Cornell faculty and guest speakers, who included a Hopi judge. Junior Kaitlin Martin, whose grandfather was born on the Pawnee Nation reservation in Oklahoma, was eager to participate in a program that she calls one of the first at Cornell to delve into contemporary Native American concerns in “forward-looking” ways. She believes the class helps put a spotlight, too, on economic inequity and other challenges Indigenous communities still face today. “It was really eye-opening,” says Martin. “It reaffirmed that there is still so much attention that needs to be brought to Native and Indigenous issues.”

As Donna Ramil, ILR’s associate director of international programs, notes, the school has long provided opportunities for students to gain experience relevant to today’s increasingly globalized world, sponsoring study abroad programs, summer service projects, and independent research grants in countries around the globe. Although the Hopi and Navajo program is closer to home, Ramil says, it helps foster the same skills. “We want students to build their intercultural competency by seeing the world—and their place in it—differently,” she says, “as well as to increase their respect, understanding, and empathy for other cultures.”

Before meeting in January, the students were required to prepare by spending a week learning about Native American history and culture. AIISP faculty and staff were brought in to address the University’s complicated legacy as a land-grant institution: as an investigation by the Colorado-based magazine High Country News revealed last year, Cornell’s endowment profited more than that of any other school from the Morrill Act of 1862, in which the U.S. government used federal land—much of it seized from Indigenous people—to fund institutions of higher learning across the country. The students discussed the recently formed Cornell University and Indigenous Dispossession Project, founded by AIISP faculty to determine how Indigenous communities have been impacted by the Morrill Act and to explore potential avenues of restitution for affected nations. The ILR course also included a talk on the history of the Gayogohó:no’ (Cayuga) nation—on whose territory the Ithaca campus sits—by Urszula Piasta-Mansfield, AIISP’s associate director. “The students were really involved and asked a lot of thoughtful questions,” says Piasta-Mansfield. “They showed concern about issues of social justice and equity, inquiring about ways they could support AIISP’s work.”

Since one of the program’s goals is to have students apply what they’ve learned about Native American dispute resolution to a broader range of issues, participants will earn one to two credits during the spring semester by writing a research paper. Senior Terrill Malone—an aspiring lawyer who was part of a peer mediation program at his high school in the Detroit metro area—plans to examine how non-adversarial techniques might be used in educational settings, with the aim of reforming overly punitive disciplinary systems that can have a disproportionate impact on children from marginalized or underrepresented groups. “These processes typically can be very scary and involve a lot of shame,” Malone observes. “They should be more about righting a wrong or setting a student on the right course.”

As Malone and his classmates learned, in Navajo culture, peacemaking is central to conflict resolution. Similar to the modern restorative justice movement, the Navajo see reconciling individuals and repairing harm done to the community at large as more important than punishment or awarding damages. For instance, if substance abuse has led a family member to steal from relatives, Navajo peacemaking would concentrate on underlying conditions (such as depression) that led to the addiction before trying to resolve issues and restore broken relationships. Says Ramil: “Some of the students commented that it was more like family therapy than mediation.”

The Hopi, they learned, embrace “transformative” mediation to help people work out their differences. This is often used to settle land disputes; since the Hopi believe the Creator—not people—owns the land, there are no recorded deeds, and rights to farmland can sometimes be unclear. The Hopi style of mediation has been successfully applied to these conflicts—usually within families—by focusing on mending relationships while respecting traditional customs. “The American legal system could learn from Native American practices,” says Fincher, “particularly in rebuilding broken relationships—and reducing the assumption that money is the only valid currency for resolving disputes.”

The Hopi and Navajo mediation program is just one of the offerings of ILR’s Scheinman Institute on Conflict Resolution. Founded in 1996 as the Institute on Conflict Resolution, it was endowed in 2007 by ILR alum Marty Scheinman ’75, MS ’76, one of the nation’s leading arbitrators—who, as the school noted at the time, had “successfully arbitrated more than 10,000 private- and public-sector disputes throughout the United States for virtually every major industry and union, and in every type of employment setting.”

In addition to offering for-credit programs, the institute and its faculty conduct research on such subjects as the growing use of mandatory arbitration by American employers. It also promotes student interest in the field through Cornell’s Scheinman Conflict Resolution Club; disseminates practical advice on current issues (including a recent online panel on workplace safety during COVID and a video series on how the pandemic has impacted the work of arbitrators, mediators, attorneys, and ombudspeople); and offers hands-on training to working professionals, not only on conflict resolution but related topics like promoting diversity and inclusion.