It all started with sawdust. Elaine Koretsky had taken up woodworking, crafting furniture and household items, when it occurred to her that she could use the detritus to make paper. So she researched papermaking techniques—and learned that they actually involved soaking plant fiber, cooking it, and either beating the resulting pulp flat or pouring it over a screen. “I realized,” she says, “that I would not actually be using the sawdust.” 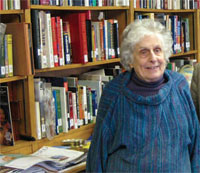 Eventually, Koretsky’s newfound hobby became a career. For the past three decades, she has studied and taught traditional papermaking— traveling the globe on a quest to preserve the practice. She has published seven books and produced ten documentary films on historical papermaking in Asia, Europe, and Africa. In 1995, Koretsky founded the Research Institute of Paper History and Technology, a nonprofit based in her Brookline, Massachusetts, home, where she hosts the International Paper Museum and holds papermaking workshops. Open by appointment, the museum displays more than 3,000 items Koretsky has collected, including handmade paper, plant fibers, rare books, and traditional tools; Koretsky’s daughter runs an offshoot of the museum in a Brooklyn, New York, gallery space.

Koretsky majored in Russian at Cornell, where she studied under novelist Vladimir Nabokov. At the time, she intended to go into the Foreign Service. And while she never formally went into the diplomatic corps, she feels that her paper travels sometimes came close. “I was communicating with people all over the world—talking with them, explaining what I was doing, and learning what they were doing,” Koretsky says. “I think that on my own level, I was doing Foreign Service work.”

The spring of her freshman year at Rochester’s Eastman School of Music, classical violinist Laurie Hart developed bursitis in her shoulder, leaving her unable to play for two years. Though she was initially devastated, she ultimately saw her condition as a blessing in disguise. While waiting for her shoulder to heal, Hart fell in love with folk music. When she was ready to play again, she decided to abandon her classical roots and embrace the more carefree style of traditional fiddle music. “It wasn’t for a career,” says Hart, who transferred to Cornell the summer after junior year and still lives in Ithaca. “It was for me, it was for fun—but then I ended up making it my career.” 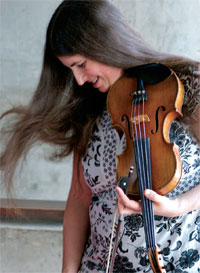 The former environmental education major has selfproduced seven albums available for sale on iTunes and on her website, lauriehartfiddle.com. She teaches workshops on transitioning from violin to fiddle, on learning by ear, and on the folk music of Québec and Scandinavia. Hart also gives private fiddle lessons, plays at weddings and other events, and performs with four different bands. In 2001 she published Dance Ce Soir, a songbook that Fiddler Magazine called “an extensive and captivating introduction to the wonderful world of Québécois fiddle and accordion music.”

Hart describes her style of fiddle music as melody based, with little improvisation—in some ways, the opposite of jazz. The majority of her songs, she says, are lively dance tunes. “It’s not music to sit still in a chair and listen to,” she says. “It’s music to get up and move your body to. It should make you want to tap your feet, at least.”