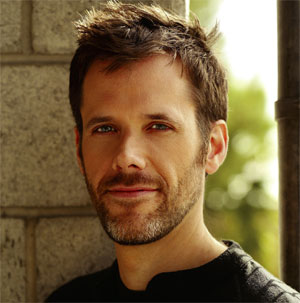 Glucose, sucrose, and dextrose,” Steve Borst notes, “all rhyme with ‘gross.'” The slam on sugar was a line in a public service announcement that the kids’ TV writer penned for Nickelodeon—one of two projects that have earned him Emmy nominations. Currently, the former English major is executive producer and story editor for “Breadwinners,” a new show on Nickelodeon about two ducks who deliver bread to hungry customers on the planet Pondgea. “I’ve always loved storytelling,” says Borst, who’s based in L.A. “What’s awesome about animation is that there are very few limitations. If you can imagine it, you can make it happen.”

Borst—who describes himself as “a big child at heart”—grew up in the Eighties watching kids’ shows like “G.I. Joe,” “He Man and the Masters of the Universe,” and “Transformers.” After getting his start working on in-house ads for MTV, he wrote for the animated sketch comedy show “MAD” (inspired by the magazine), which ran on the Cartoon Network. “Writing,” he says, “is 10 percent talent and 90 percent staring at your computer screen.”

On “Breadwinners,” Borst writes scripts and directs the voiceover actors playing such roles as SwaySway and Buhdeuce, the wacky ducks who make deliveries in their rocket-powered van. The show, he explains, uses a combination of computer animation and old-fashioned handmade art. “We call it ‘tradigital,’ ” he says. “It’s sort of a hybrid, which makes the show original.” 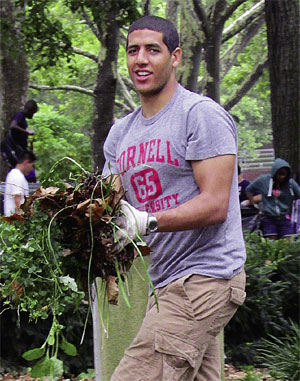 When it comes to summer vacation, Karim Abouelnaga is all business. The former Hotelie is CEO of Practice Makes Perfect, a summer mentorship program he cofounded during his sophomore year at Cornell. Supported in part by the Clinton Foundation, Practice Makes Perfect is a free six-week program that supports struggling students in grades one through twelve. For the past three summers, a small army of teachers, mentors, and students has come together in public schools across New York City to work on lessons based on the Common Core, the national curriculum for math and English.

After hearing about the economic impact of the socalled “achievement gap”—the disparity in student performance based on factors like race, parental education levels, and socioeconomic status—Abouelnaga teamed up with five fellow Cornell students who were equally concerned about the state of public education. Together, they founded a program aimed at challenging the negative stereotypes of “summer school.” Classes, which include high-school-age mentors who serve as aides, are taught by undergrads and grad students who report to veteran teachers. “Local kids are positive role models,” says Abouelnaga, a New York native who transferred to Cornell from Baruch College. “They inspire our students to believe in themselves and their education.”

Classwork alternates between short lessons and group studies. Each week concludes with a Saturday community service project, ranging from food drives to neighborhood clean-ups. “We show the kids that they can impact their communities and build them from the ground up,” says Abouelnaga, whose personal fundraising efforts have included competing in triathlons. Practice Makes Perfect has also garnered support through grant funding and a 5K run at Cornell Plantations, among other sources.

Abouelnaga says that according to internal studies of the roughly 400 participants to date, the program has led to measurable gains in reading and math skills. But, he stresses, Practice Makes Perfect aims to improve more than just test scores. “We’re trying to change culture,” he says. “We’re fighting the punitive stigma associated with summer education.”