This collection is the first book to celebrate the work of renowned photographer Marcel Sternberger. Known for his emotive portraits, he shot some of the most prominent people of the twentieth century including Franklin Delano Roosevelt, George Bernard Shaw, Indira Gandhi, and Sigmund Freud. “The portraits you have made of me are true masterpieces of the photographic art,” Albert Einstein wrote in a letter to Sternberger. “It seems quite amazing to me that you could represent an unattractive object so appetizingly.” In addition to the dozens of black-and-white photos, Loewentheil offers anecdotes, sketches, notes, and other memorabilia to put the subjects into social and historical context. He describes Roosevelt’s aversion to being portrayed in his wheelchair, for example, and Freud’s insecurity about being photographed as his health was deteriorating. “The images are iconic and political,” writes Loewentheil, a photography historian, “while at the same time, their psychological aspects and intimacy pierce the shell of public relations, revealing not an idealized figure but a real human being.” 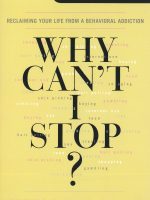 Grant is a psychiatry professor at the University of Chicago whose previous books include a guide to curbing impulsive behavior entitled Stop Me Because I Can’t Stop Myself. In this self-help book, he and two co-authors use patient stories and research reports to help readers understand and overcome their behavioral addictions. Each chapter addresses a different compulsion such as shopping, overeating, sex, and gambling——offering such examples as a woman who risked her law career and marriage by shoplifting to a college student whose Internet addiction cost him good grades and a job. The book includes a discussion of treatment methods, plus guidance for the family members of addicts. “Our goal,” the authors write, “is to allow people with these behaviors to recognize that what they struggle with is not uncommon and that there is hope.” 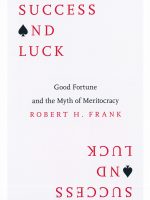 A professor of management and economics at the Johnson School explores the role luck plays in economic success. In a general-audience book subtitled Good Fortune and the Myth of Meritocracy, Frank argues that while the most successful people are talented and hardworking, the inverse doesn’t apply; there are also many people who have both qualities but never flourish financially. The wealthy and powerful, he says, underestimate the importance of good fortune since it detracts from their accomplishments. He describes our current “winner-take-all” society, in which most of the rewards go to a small number of people, widening wealth disparities. This trend, he argues, is partly due to the undervalued role luck plays in financial success—and hurts everyone from the working class to the one-percenters. 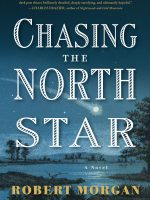 In his latest historical novel, the Cornell English professor tells the story of an eighteen-year-old slave who flees a South Carolina plantation after being falsely accused of stealing. With only a handful of coins—and without shoes—he braves the mountainous wilderness hoping to find freedom up North. While exploring the protagonist’s complex emotions—— he wrestles not only with his fear of the future, but his regrets about leaving the only home he knows——Morgan chronicles the journey’s physical trials, from snakes to poison oak to hornets. Kirkus called the book “a powerful, gripping, and unrelenting tale of wilderness survival under the most dire of circumstances in the pursuit of freedom.” Morgan’s previous novels include Gap Creek, a New York Times bestseller that was chosen for Oprah’s Book Club in 2000. 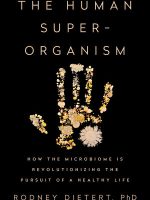 In a popular-science book, an immunotoxicology professor describes the essential role of the microbiome, the community of microbes that exists symbiotically in humans. Once thought of as potentially harmful, it’s now widely seen as vital to health, boosting our immune and digestive systems. But, Dietert says, our modern obsession with cleanliness and the overuse of antibiotics have conspired to weaken that microbial community, making us more susceptible to noncommunicable diseases like diabetes, asthma, allergies, and obesity. He goes on .to identify the best foods and other practices to increase the numbers of these beneficial organisms. “We are, as whole healthy humans, composed of thousands of microbial species and about 100 trillion cells,” Dietert writes. “But 90 percent of those cells are microbial. If we indiscriminately wage war on microbes, we wage war on ourselves.”