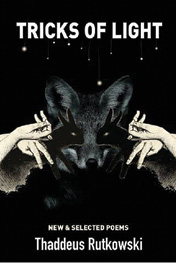 As a review in the arts journal Sensitive Skin notes, many of the entries in this volume, Rutkowski’s second poetry collection, touch on themes of loneliness and isolation that are particularly apt in the current moment of pandemic-driven social distancing. In his poem “Drifting Apart,” Rutkowski—also a novelist who teaches at Sarah Lawrence and elsewhere—writes: “When people ask me to get together, / it usually takes me months to make a date. / I will put off the meeting until I reach the limit / of friendship. / If I wait any longer, we won’t meet at all.” “Each poem in Tricks of Light might seem simple, a vignette that is meant to be taken at face value,” observes Sensitive Skin, going on to say that the poems are actually “communicating concepts that reach much deeper.”

In what Kirkus calls a “masterly account based on thousands of documents in recently opened Soviet archives,” Hirsch—a history professor at the University of Wisconsin, Madison—chronicles how the USSR helped shape the Nuremberg Trials, in which former Nazis were prosecuted for wartime atrocities. “The vengeance-bent Moscow leadership worked hard to make Nuremberg resemble the infamous show trials of the 1930s,” says Kirkus. “Ironically, themselves guilty of war crimes, they succeeded in creating the ideals of the Nuremberg principles (‘crimes against humanity’ and ‘genocide’) that have shaped subsequent movements for human rights.” As Hirsch writes in the introduction: “In the end, Nuremberg was simultaneously about justice and politics. It involved a mixture of principle, self-interest, and compromise.”

In this first mystery from Woo, the author of two literary novels, a rookie detective searches for a missing student at an Upstate New York college—and gets embroiled in the potentially dangerous dramas erupting at the school, a venerable women’s institution that has recently started to admit men. Woo’s protagonist, a former journalist, isn’t the typical private eye: she’s a middle-aged Korean American, adopted as an infant by a Caucasian family, who still copes with issues of identity and belonging. Library Journal praises the book for having “just the right mix of clever twists, endearing charm, looming threats, and contemporary issues.” 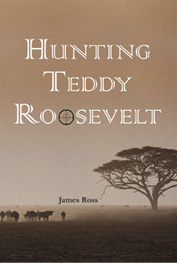 In 1909, just after leaving the presidency, Theodore Roosevelt went on safari to Africa with the aim of collecting specimens for the Smithsonian’s new Museum of Natural History. In this novel, Ross uses that historical fact as a jumping-off point for an adventure in which Roosevelt himself becomes the prey—stalked by an assassin, posing as a member of the expedition, who has been hired by finance mogul J.P. Morgan to eliminate the “trust-busting” former president, still a powerful voice in favor of limits on American businesses. The book’s heroine is a gutsy newspaper reporter covering the safari—who also happens to be Roosevelt’s childhood sweetheart. 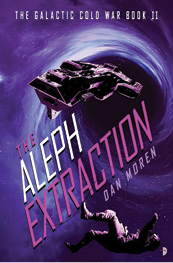 The latest volume in Moren’s science fiction spy saga about a galactic cold war between an empire and a commonwealth picks up where The Bayern Agenda left off. Operative Simon Kovalic and his compatriots are still smarting from a betrayal by one of their own—and now they’re being sent on a perilous mission to steal an alien artifact from an infamous crime lord before their enemies can beat them to it. “It’s easy to root for these ragtag, quick-thinking underdogs as they stand up to intergalactic bullies big and small,” says Publishers Weekly in a starred review. “Readers will end this installment deeply attached to Moren’s bold characters and eagerly anticipating what comes next.” 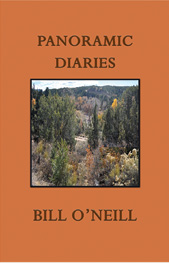 O’Neill, a New Mexico state senator, previously penned the poetry collection The Freedom of the Ignored. His first novel—which the Santa Fe New Mexican calls “bighearted and affecting” with a “Beat-inflected, free-flowing prose style”—is written from the perspective of a man nicknamed Chief who left a life of privilege to ride the rails as a youth. After a long stint as head of a halfway house for troubled ex-convicts, Chief—having resumed his ambling ways—revisits the journals he kept during his original travels in the summer of 1987. “At least this existence is one of my own making,” says one diary entry. “These greasy blue jeans are mine. And so is that rip there on my thigh. No one expects anything from me. I lord over this domain, as relieved as any fugitive. I’ve successfully avoided all forms of responsibility, both real and disguised.”