In the wake of three gorge suicides last semester, Cornell is struggling to balance public safety with natural beauty

In the wake of three gorge suicides last semester, Cornell is struggling to balance public safety with natural beauty 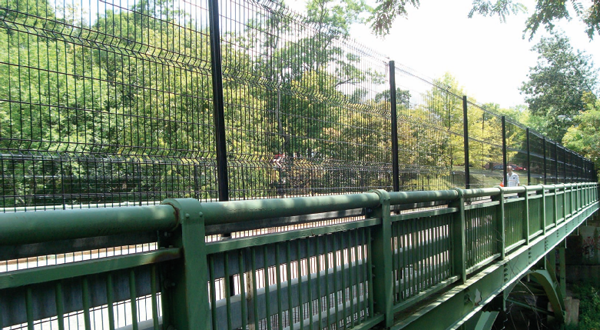 When psychiatrist Eric Caine '69 was asked to join a team of experts in recommending protective measures in the wake of six campus suicides in 2009-10—including three gorge deaths in a matter of weeks during spring semester—it brought back memories of another tough year, four decades earlier. "I don't know the exact number of suicides in 1966-67, but it was comparable to what happened this year," Caine recalls. "It was really quite—I don't want to say demoralizing, but stunning." That spring, when Caine was a sophomore, another tragedy struck campus: eight students and a professor died in a fire at what was then the Cornell Heights Residential Club. "The campus coalesced around those folks—there was an outpouring of mourning and thoughtfulness and coming together," Caine says. "It struck me that there were almost the same number of deaths by suicide that year, but they were one by one, and not recognized in the same way."

Today, Caine is chair of psychiatry at the University of Rochester—and a nationally recognized authority on suicide. With two other experts in the field, he has penned a report on gorge suicides on East Hill, and what can be done to prevent them. "Cornell has been stepping up as opposed to stepping back," he says. "It's saying, 'This is our problem, this is our community, these are our vulnerable members—and it's our job to protect them, in the same way that we protect people from fires.' There's more than one way to be vulnerable."

In March, after two undergrads jumped to their deaths on consecutive days, that protection took a highly visible form. Faced with the threat of "suicide contagion"—that those deaths could beget others—the University erected chain-link fences on three of its four bridges. They included the Suspension Bridge, whose existing suicide guards hadn't deterred one of the victims. Almost immediately, Ithaca Mayor Carolyn Peterson invoked emergency powers and allowed Cornell to erect similar fencing on three city-owned spans. "We had to do something," says David Cutter '84, Cornell's landscape architect. "We wanted to break the cycle of suicides. We knew that physical barriers are effective and that chain-link fences would be the fastest. It was literally an emergency response." (The fourth Cornell-owned bridge, a pedestrian crossing over Beebe Dam, was closed for demolition of the defunct Hydraulics Lab; it has since reopened, with protective fencing.)

With angled tops strung with wire to discourage climbing, the fencing was nearly ten feet tall—obstructing the iconic views and creating what some decried as a prison-like atmosphere. Even the fences' most ardent supporters admitted they were an eyesore. "In May, I said, 'These are atrocious—they're the ugliest things I've ever seen,' " Caine recalls. "People winced, and I said, 'Unless you can be frank about how truly ugly these are, and how much they interfere with something that many of us value, you can never start the conversation.' Why are we doing such a drastic, ugly thing? To save lives. Then we can move on to talk about designing something that is integrated and aesthetically unobtrusive, and get the community to embrace the process."

In August, Ithaca's Common Council voted unanimously to allow the temporary fencing to remain in place while a permanent solution is devised, and the University began replacing the chain-link fences with less obtrusive black mesh. The material, Cutter says, is both easier to see through and harder to climb (obviating the need for the angled top), and viewing holes can be cut into it. "The bridges will not be as ugly as they were," says Greg Eells, director of counseling and psychological services at Gannett Health Services, "which I think everyone universally sees as an improvement."

The decision to erect the fences in the wake of the back-to-back gorge deaths was predicated on an accepted tenet of suicidology: restricting access to lethal methods can save lives. That may seem nonsensical; if suicidal people are prevented from jumping off a bridge, won't they just find another way? But experts say that for reasons that remain largely unknown, that's not how it works. And like some other promontories—in their report, the experts cite the Golden Gate Bridge and Japan's Mount Muhara as prime examples—Ithaca's gorges have become iconic venues for suicide. As Caine puts it: "There are certain sites—because of their majesty, their publicness, and the meaningful nature we ascribe to them— that seem, for some people, a good place to die."

Both Caine and Eells stress that many suicide attempts are made impulsively. But unlike someone who calls 911 after taking pills, a person jumping from a height doesn't have the opportunity to change his mind. "A common dynamic when someone jumps is that they realize all their problems are solvable the minute they've leapt," Eells says, citing research on people who've survived such attempts. "It speaks to the pain and how stuck we can get as human beings—and how barriers can prevent us from doing something irremediable, when many of the problems are remediable. Our barriers wouldn't necessarily prevent someone really intent on doing it; the idea is not to create a barrier that no human being could scale. It's to interrupt an impulsive act, so someone has an opportunity to think—to have their frontal cortex more engaged and not just act on wanting to escape emotional pain."

According to figures compiled by Gannett, twenty-nine people jumped into the gorges between 1990 and 2010. Fourteen of them were Cornell students, one went to Ithaca College, and one was a student at Ithaca High School; of the non-students, four were from out of town, while the rest were local residents. "This is a community problem," says Mayor Peterson. "When you look at the statistics, half of the people who have jumped are Cornell-related and half aren't. So we have been working cooperatively to address a difficult issue." 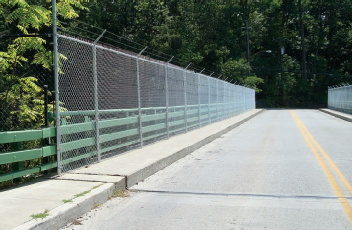 Those same long-term statistics bear out the notion that, despite the media coverage that the gorge deaths tend to generate, Cornell is not the epicenter of a suicide epidemic. Nationwide, Caine points out, the annual suicide rate is about eleven per 100,000 people; in Upstate New York, it's about seven; on campuses, it's even fewer. "Suicide in colleges and universities is low; compared to people of the same age group who are not in school, it's about half," Caine says. "And Cornell's right there, at the average level."

But historically, a significant number of Ithaca suicides have occurred in the gorges—which, the experts say, means that curbing access to the bridges can ultimately save lives. "Let's be absolutely candid," Caine says. "In the future there are going to be Cornell undergraduates, grad students, faculty, staff, who will die by suicide. It's a sad thing, one of the difficult parts of the human experience. But between 15 and 20 percent of all the suicides in the region were off those bridges, so there is reasonable optimism that if one could radically reduce jumping from these bridges, it would have an effect. More to the point, it's almost half the suicides on East Hill—and that's a big deal."

Bridge jumps comprise 'almost half the suicides on East Hill—and that's a big deal.'In a study of foiled attempts to jump off the Golden Gate Bridge, Caine notes, 94 percent of people did not go on to commit suicide by other means. Those findings have been echoed in research across cultures and methods. Mandatory waiting periods for handgun purchases have reduced suicides by firearm in the U.S.; restricting access to pesticides has curbed suicides in rural China; in the U.K., suicide rates went down when less lethal gas was used in kitchen ovens. "Suicide is often very ambivalent," Caine says. "The spur-of-the-moment quality can't be underestimated. It's clear that when, figuratively speaking, someone has to take a deep breath and count to ten their second thoughts may make a difference. Means restriction is the single most potent suicide-prevention effort—but it's not the only one, and it has to be fit into an array of programs."

About five years ago, Cornell launched a broad effort to prevent suicide in the campus community. Modeled on a U.S. Air Force program, it included increased mental health services, educational programs, and peer-to-peer counseling. It paid off: for three straight years, there were no suicides on the Hill. "It wasn't a fluke that after putting in a lot of effort, people saw a very safe campus," Caine says. "But nothing is perfect. And in essence, means control was a hole in the safety system."

The current bridge fences are aimed to plug that hole, at least temporarily. The resolution passed by Common Council in August allows the University to leave the mesh fencing up until May 31, 2011, the deadline for designing permanent barriers. What those will entail, however, remains up in the air. "We've looked at examples of barriers on bridges around the world," Cutter says, "and we haven't seen anything that is ideal for Ithaca." The obvious options are some form of fencing or, as is planned for the Golden Gate, netting set low enough to preserve views; the University has hired a consulting firm in the hope of generating some outside-the-box solutions. "The focus so far has primarily been on the aesthetics," Cutter says. "That is a challenge, particularly at Cornell and in Ithaca, where people feel a close connection to the gorges. We're sensitive to maintaining accessibility of the natural areas—not only visual accessibility, but also the physical ability to get into the gorges and experience them on an intimate level."

Cutter points out that in addition to functionality and aesthetics, there are engineering challenges to be considered, along with issues of cost, maintenance, and cleaning. And as if that weren't enough to think about, the barriers will also have to stand up to the usual undergraduate hijinks. "I can see nets becoming a form of fraternity hazing," Cutter laments. During the design process, he says students will be tapped for feedback. They'll be invited to evaluate various barriers and asked, "How would you defeat them?"