On the Arts Quad, near the southwest corner of McGraw Hall, sits a giant rock with a plaque attached to one side and a seat carved into the other. It’s a tribute to “scientist-writer-teacher” Ralph Stockman Tarr, a geologist who died in 1912. “This boulder—a relic of the Ice Age—symbolic of his research in Glacial Geology and of the Enduring Value of his Works,” the plaque reads, “is placed here as a memorial of their Friend and Advisor by his students.” 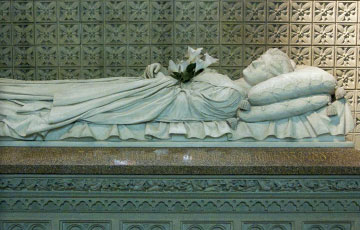 The tribute is the sort of thing that busy Cornellians rarely notice or contemplate—one of the myriad memorials, plaques, inscriptions, busts, portraits, and dedications that dot campus. But Howard Howland, PhD ’68, an emeritus professor of neuro­biology and behavior, thinks they deserve more attention. The Tarr stone, in particular, chokes him up a bit. “It’s a beautiful memorial,” he says. “You look and it and think, God, these students must have loved this guy. It really gets to you.”

Thanks to Howland’s recent efforts, alumni around the world can revisit such bits of Cornelliana via the Web. With support from the Arts college, the University Library, and the Cornell Association of Professors Emeriti, Howland spearheaded a project to create an online repository of Cornell memorabilia. The site (artifactsandart.library.cornell.edu) went live last fall; some 500 items have been catalogued so far, with more in the works. “It’s a wonderful resource for research, and it helps bring to life some overlooked historical gems around campus,” says Corey Earle ’07, associate director for student and young alumni programs in Alumni Affairs and a longtime aficionado of University trivia. “So many people just walk by these and never take the time to read them. This puts it all in one place and helps you learn more about the campus around you.” Earle, who teaches a popular course on Cornell history—a one-credit class that capped enrollment at 400 this semester and turned away scores more—has found Howland’s site particularly handy in providing fodder for his lectures. “There were a number of things I wasn’t even aware of myself, like the chair in Sage Chapel that A. D. White brought back from England,” he says. “I’d seen it before, but never realized it was anything special.” 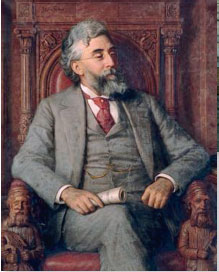 Howland got hooked on cataloguing Cornell memorabilia after noticing an inscription, from a poem by John Greenleaf Whittier, above the entrance to Warren Hall. Curious, he did some library research and found his way to a copy of Contributions to Cornell History: Portraits, Memorabilia, Plaques, and Artists, a report by Elizabeth Baker Wells ’28 published by Development’s Office of Special Projects in 1984. “This account has been compiled with the hope of stimulating an awareness of the variety and richness of the treasures displayed in and around many campus buildings,” Wells wrote. “Too often we pass by in our daily round and see very little.” Howland was inspired to build on Wells’s work—which contained no images—and hired students to take rudimentary photos. So far, about a third of the roughly 1,600 objects Wells catalogued appear on the new website, which also includes items not on her list.

The collection leans heavily toward plaques and memorial benches, along with portraits of distinguished Cornellians—from the vintage (the University’s second president, Charles Kendall Adams, sporting magnificent whiskers) to the modern (former football coach Pete Noyes on the sidelines). But the site also features some items that make the collection hard to define: art like the Herakles in Ithaka statue outside the Statler; an ornate Russian bell in Uris Library; stained glass windows in Sage Chapel; even some living vegetation (the Bradford pear trees outside Stimson Hall). But each one, Howland notes, offers insight into some facet of Cornell history. “Memorabilia is a collective name for all kinds of things,” he says, “so I don’t think we’re cheating.”