Cornell alums well know that their alma mater was founded by Ezra and Andrew—but if you earned your degree from the College of Agriculture and Life Sciences, you owe just as much to another nineteenth-century luminary: Liberty Hyde Bailey. 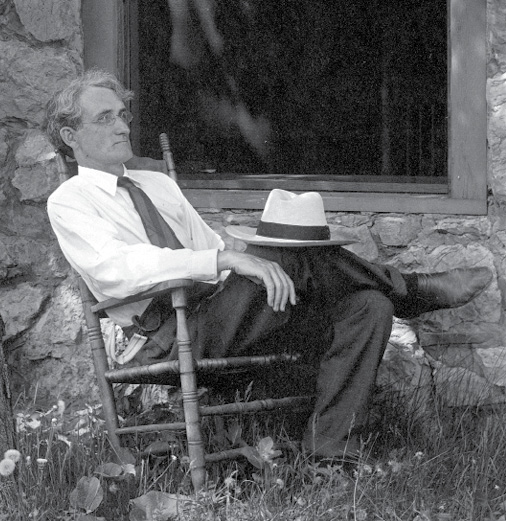 Bailey relaxing at Bailiwick, his cottage on Cayuga Lake.Rare and Manuscript Collections

Known as the father of modern horticulture, Bailey arrived in 1888 as the University’s first professor in that field. Just thirty, he’d already established the country’s first horticulture department at his alma mater, Michigan State University; he’d found another at Cornell a year later. “He elevated the study of decorative and agriculturally useful plants from a hobby to a science,” says Karl Niklas, the Liberty Hyde Bailey Professor Emeritus in plant biology. “No matter where I travel in the world, people recognize his name. If you study plants, you know who Liberty Hyde Bailey is.”

During his quarter-century on the Hill, Bailey introduced instruction in plant science, spearheaded initiatives that would lead to the development of cooperative extension programs nationwide, established the Liberty Hyde Bailey Hortorium (now containing more than 8 million specimens), and founded the College of Agriculture (now CALS), serving as its inaugural dean until his retirement in 1913. As Morris Bishop 1914, PhD 1926, wrote in A History of Cornell: “If we should ever be asked to name the supremely great among Cornell’s teachers . . . no doubt [the] first candidate would be Liberty Hyde Bailey.”

Bailey was also widely admired for his writing, which struck a balance between anecdotal and educational, technical and pithy. He authored more than 1,000 scientific papers; edited hundreds of texts on botany, agronomy, animal husbandry, and more; and penned upwards of seventy books. This fall, Cornell University Press (CUP) is publishing a new collection, The Liberty Hyde Bailey Gardener’s Companion, aimed not only at gardeners—both actual and armchair—but readers interested in philosophy and environmentalism. “I was struck by how true his horticultural and scientific writings feel today, even though it’s been a century,” says CUP editor Kitty Liu ’00. “He writes with such humanity. He’s writing about pigweed, but you feel like he’s telling you something about life.” Topics range from dandelions (“golden coins scattered in the sun”) to the flavor of an apple (“I taste of the wilds and the blowing rain / And I taste of the frost and the skies”) to coping with rain. “The habit of grumbling at the weather,” he observed, “is the most senseless and futile of all expenditures of human effort.”

Bailey’s enthusiasm for horticulture traces back to a modest flower patch outside his childhood home on a frontier farm in Michigan. Before his mother succumbed to diphtheria when he was just four, she’d tend the garden and let her youngest son plant the seeds of his favorite blooms: Dianthus plimarius, or “grass pinks.” By the time Bailey was fifteen, he was delivering impassioned speeches to seasoned farmers—advising that they stop shooting songbirds, which consume crop-damaging insects. He remained an ardent conservationist into his nineties, regularly hosting dinners at his Ithaca home, where both students and the public were invited to tap his expertise. “Everyone should be put in contact with the mystery of life that stands stark before us but which we do not apprehend,” Bailey wrote in an essay reprinted in the new book. “It is in every leaf, every growing thing, every pulse of life, every foot of earth on the planet.”