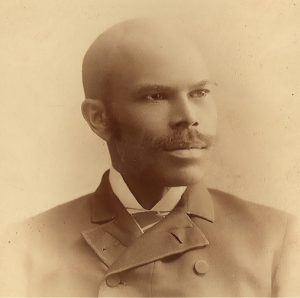 Fields in his CU class portrait.Provided

One hundred and thirty years ago last spring, George Washington Fields, LLB 1890, made Big Red history. Fields was the first African American to receive a law degree from Cornell—and to this day, he’s the only formerly enslaved person known to have graduated from the University. With the nation in the midst of a racial reckoning spurred by the Black Lives Matter movement, it’s an apt moment to reflect on this unsung pioneer, whose remarkable story has been largely unknown to the Cornell community.

Fields came to the Hill after graduating from what’s now Hampton University in Virginia. He’d moved north, finding jobs at luxury resorts and on the household staffs of prominent families—leading to his position as butler for the then-governor of New York, Alonzo Cornell, Ezra’s eldest son. Upon learning that Fields was interested in studying law—as Fields wrote in a memoir, “The sublimity of its underlying principles cannot be overestimated”—Alonzo persuaded him to turn his attention away from Yale and toward Cornell’s new department, then an undergrad program housed in Morrill Hall. Fields arrived on the Hill in 1887 at age thirty-three, a member of its inaugural law class.

After earning his LLB, Fields returned to the City of Hampton. Despite being blinded in an accident in 1896, he built up his law practice—representing victimized and oppressed people, fighting for voting rights, and playing an active role in civic and religious affairs. “He was considered the preeminent Black attorney in that part of southeastern Virginia,” says law professor Kevin Clermont, author of The Indomitable George Washington Fields, published in 2013, “and his family was quite prosperous.”

As former history lecturer Carol Kammen notes, the University—in line with its founding principle to be open to all—didn’t begin recording students’ races until the twentieth century, which can make researching early alumni difficult. Indeed, although Fields is the only Cornell graduate definitively known to have been enslaved, Kammen knows of at least one other who may have been, given the date and location of his birth.

Fields himself was born in 1854 in Hanover County, Virginia, one of eleven children of a couple enslaved on neighboring plantations. The story of his family’s escape to freedom is dramatic and harrowing: When a skirmish between Confederate and Union soldiers broke out nearby in 1863, his mother took advantage of the distraction. She gathered up the children still living with her and followed the withdrawing Union troops out of town—until she discovered that, to protect their retreat, they’d burned the sole bridge across the river. “All eyes were upon Mother, who seemed for a while somewhat bewildered,” Fields wrote in his autobiography—entitled Come On, Children in honor of the words she used that night to coax them onward. “Here we stood on the brink of the river and still in the Rebels’ territory. What could we do?”

Ultimately, she led him and his siblings downriver to a farm where her brother was enslaved. Under cover of night, Fields’s uncle ferried them across the water in a small boat, one by one. They arrived on the far side in Hampton, one of the few places in Virginia under Union Army control. The following summer, the family was met with a welcome surprise: Fields’s sister, who’d been sold to a man in Georgia years before. “This was indeed a day of great rejoicing,” Fields wrote. “In a week or two came Father, and from thence on came, one after the other, the children who had been sold, until all had found their way home.”