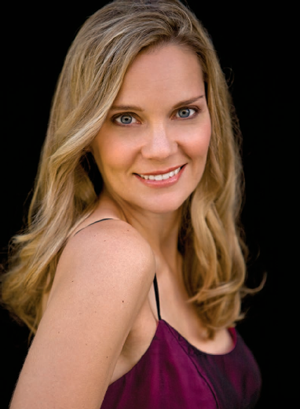 Tish Oney '92 was eight years old when she first heard Peggy Lee, who was performing a concert on public television. "My mom waved me over to watch her," recalls Oney. "She wanted to show me her favorite jazz singer." By then, Lee was four decades into a career that included a slew of hits in various genres, a Best Supporting Actress Oscar nomination, and collaborations with icons from Benny Goodman to Quincy Jones. She had an angelic voice, but this Grammy-winning blonde didn't look like the jazz singers Oney knew—African American artists like Ella Fitzgerald and Sarah Vaughan. Says Oney: "My mother wanted me to understand that there's more to jazz."

That notion—that there's always something new to learn about such a diverse genre—has become a mantra in Oney's singing career, as she tours the country performing her contemporary arrangements of songs that Lee wrote but have been largely overlooked. "Peggy Lee has been underappreciated," says Oney, adding that Lee worked at a time in music history when women, however multi-talented, were expected to stick to performing. "She was encouraged just to sing the songs she was given, sing them the same way every time, and look a certain way. Her creative spirit was squelched."

As an undergraduate microbiology major at Cornell, the Upstate New York native planned on becoming a medical doctor. She still credits that education with giving her an understanding of the physicality of performance—for instance, she can expound on the tension placed on the laryngeal muscles while singing jazz. But she spent most of her undergrad weekends performing with a Syracuse-area wedding band, and she quickly realized that music, not medicine, was her calling.

After earning a master's degree in vocal performance from Ithaca College, Oney taught for eight years at Syracuse University, where she served on the classical voice faculty and as vocal jazz director. She recorded her first album—Forever Friend, which features several jazz classics as well as three original songs—and eventually enrolled in the doctor of musical arts program in jazz studies at the University of Southern California. While seeking a dissertation topic, she attended an International Association for Jazz Education conference where Peggy Lee's daughter, Nicki Lee Foster, spoke about her mother's prolific songwriting. Although Lee was inducted into the Songwriters Hall of Fame in 1999 (three years before her death) and penned tunes that have been recorded by artists from Judy Garland to k.d. lang, dozens of her songs went unrecorded or were cut from her albums by producers who pigeonholed her as a performer.

"I know a little bit about a lot of things," goes the opening line to one of Lee's classic songs, "but I don't know enough about you." Oney set out to learn more, eventually crafting a dissertation, The Lyrical Genius of Peggy Lee, that analyzed Lee's songwriting. She followed it with three recitals that were part lecture and part performance. They evolved into an album, Dear Peg, which includes an original song, "Burn it Slow," whose lyrics came from a book of Lee's poems that Lee's granddaughter gave Oney. "Sip it slowly as you go," the song goes. "Life, like wine, must age, you know." Oney arranged it as a slow, smooth bossa nova tune—"the newest addition to the Peggy Lee songbook."

With the blessing of the Lee estate, Oney launched the Peggy Lee Project, bringing the singer's body of work to audiences nationwide. She and her band (including Lee's late-career musical director and guitarist, John Chiodini) have toured performing arts centers, jazz festivals, colleges, and cabarets; not only is Oney the vocalist, she also serves as publicist, artistic director, and musical arranger. But her interests go beyond Lee's oeuvre, and even beyond jazz. Over the past couple of years she has been featured as a soprano soloist in Los Angeles, performed a Bach recital in New Hampshire, and sung contemporary Christian music in Honolulu. She plans to unveil a big band act in the near future and will teach master classes as a visiting artist at Ithaca College in 2011-12.

It is a crossover career of which Peggy Lee would be proud, and Oney aims to do her justice while placing her personal stamp on each Peggy Lee Project concert. For instance, Oney adds bursts of scat to several songs, which allows her "to present Lee the composer, as opposed to the more familiar Peggy Lee the pop singer," according to a reviewer for Riveting Riffs magazine. "I'm never trying to imitate her," says Oney, who divides her time between New York and Los Angeles when she's not touring. "I'm not a lounge singer. I'm not a Vegas act with a wig and costume and mole that matches Peggy's. But in my own way, I am celebrating her creative spirit."