Campus Welcomes Students from the University of Puerto Rico 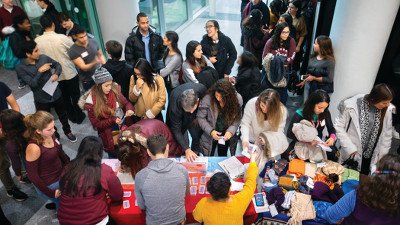 East Hill is hosting sixty-two students from the University of Puerto Rico (seen at above at a welcome event on campus) who have been displaced by Hurricane Maria, which damaged facilities and caused widespread power outages. Cornell is offering the students one semester of free tuition, room, and board, plus a variety of other benefits and services—from Spanish-speaking mentors to donated winter gear. “Faculty, staff, administrators, students, alumni, and Ithaca community members have come together to make this happen,” says Provost Michael Kotlikoff. “It is a testament to the generosity and optimism of our greater university community.”

In late January, Soumitra Dutta (left) resigned the deanship of the Johnson College of Business; no official reason was given for his departure, which took immediate effect. In a statement on his LinkedIn page, Dutta said, “The time had come for a transition in leadership given the completion of the successful merger of the three schools within the SC Johnson College of Business and the many achievements of the College over the last years,” adding, “I look forward to being part of the Cornell community as a professor in the coming years.” The University has declined to explain the circumstances of Dutta’s resignation, saying that it “does not comment on private personnel matters.” Joe Thomas, who was dean of the Johnson School from 2007–12, will serve in an interim capacity while a search is conducted for Dutta’s permanent successor.

The University has put Zeta Beta Tau fraternity on a two-year probation following alleged misdeeds by some pledges that made national headlines. As the Washington Post and other news outlets reported, the pledges allegedly participated in a secret contest—dubbed a “pig roast”—in which they earned points based on the weight of women with whom they had sex. In a statement, the chapter said that it “would like to first and foremost express our mutual disgust along with those who feel hurt or victimized,” adding that it is “horrified at the notion of the degradation and/or objectification of women.” Any such contest was unsanctioned, the statement noted, and the chapter will conduct a full review. “We are committed to demonstrating through our actions that this inexcusable behavior will not be tolerated,” it said, “and as such, we will take the necessary steps to ensure we retain the ideals and values of our brotherhood, specifically social responsibility and integrity.” 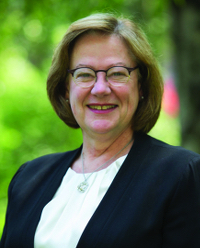 The Catholic University of America

An alumna has been named Cornell’s new university architect. Margaret McFadden Carney ’80, BArch ’81 (right), comes to campus from Catholic University of America, where she served as university architect and associate vice president for facilities planning; she previously held similar positions at Temple University and Case Western Reserve. On the Hill, her responsibilities will include directing the Campus Planning Office and overseeing selection of architectural consultants. “In her role as the architectural conscience of the institution and the steward of sound architectural design standards,” the University said in an announcement, “Carney will lead initiatives to meet the long-range, functional, and aesthetic goals of the university.”

‘We can no longer consider Mr. Wynn to be an exemplary role model for the industry and, more importantly, for our students.’

Astronomy professor Rachel Bean (left), one of twenty-seven scientists who shared the $3 million Breakthrough Prize in fundamental physics for work on understanding the early universe.

Writer-director Reed Van Dyk ’07, nominated for an Oscar for best live action short film for DeKalb Elementary. Trevor White ’07 is an executive producer of The Post, a best picture nominee; David Greenbaum ’98 is credited as co-head of production on two other best picture contenders, The Shape of Water and Three Billboards Outside Ebbing, Missouri. 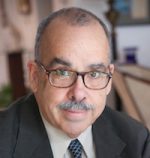 That part of a second-century mosaic has been installed in the Klarman Hall atrium? The 800-pound fragment, from a luxury home in the city of Antioch in southern Turkey, sat in storage on campus for nearly eighty years before being restored and put on display in the new humanities building. 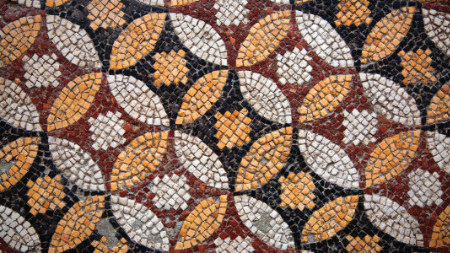 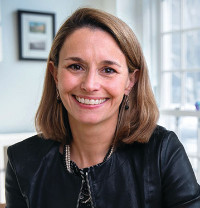 Policy analysis and management professor Rachel Dunifon (left) will serve as interim dean of Human Ecology starting July 1, succeeding Alan Mathios, who is stepping down after two five-year terms. Dunifon, currently the college’s senior associate dean for research and outreach, will remain in the position for two years while a search is conducted for a permanent dean. An expert in child and family policy whose research focuses on the development of vulnerable children, she has been on the faculty since 2001.

Nutritional sciences professor Marie Caudill and colleagues have found that consumption of sufficient amounts of choline (found in such foods as eggs, fish, poultry, nuts, and cruciferous vegetables) by expectant mothers aids in prenatal brain development and has cognitive benefits for their offspring.

Medical College researchers have been awarded a $4 million, four-year grant from the NIH to support a new research center dedicated to developing and studying better treatments for middle-aged and older adults suffering from depression.

Researchers from across campus—in CALS, Human Ecology, and the Engineering and Vet colleges—have teamed up to design a removable implant that could revolutionize treatment of type 1 diabetes by replacing lost insulin-producing cells known as islets.

Working with Honeywell Aerospace, Cornell engineers have created a new method for remotely vaporizing electronics—potentially allowing microchips (and their data) to be easily destroyed if devices are lost or stolen.

According to Cornell researchers, what can damage someone’s “sustainability cred,” even if that person does other environmentally conscious things?