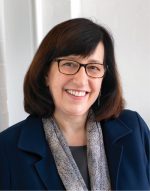 One of the most impressive events on the Cornell Athletics calendar is one that many alumni, even those most devoted to the Big Red, have never heard of. It is held not on Schoellkopf Field, but in the Statler Hotel; each student-athlete arrives accompanied not only by their head coaches, but also by a faculty member. It is the annual 400 Club Breakfast, honoring varsity athletes who, over at least one of the previous two semesters, achieved a perfect 4.0 grade point average.

The students—over 100 of them from across athletic programs and academic disciplines—are both the product of, and a reflection on, an athletic tradition that has enriched the Cornell community for over 150 years. In addition to its tremendously broad offerings in physical education and intramural sports, Cornell has well over 1,000 student-athletes competing in thirty-seven varsity sports, from fencing to field hockey, sailing to squash. Their dedication is astounding, as are the organizational skills they quickly develop—essential to balancing their rigorous academic course loads with the demands of competition and practice.

At Cornell, student-athletes are students first. Strict guidelines determine the timing and number of practices, help guard against injury, and ensure that students are never expected to sacrifice academic success for athletic victory. Yet somehow, despite—or perhaps because of—Cornell’s high expectations, our student-athletes overwhelmingly succeed both in the classroom and on the playing field. Last academic year, Cornell’s lightweight crew won a national championship after an undefeated season, four of our wrestlers won All-America honors, and our equestrian team took first place at the Ivy Show. Our women’s squash, cross country, fencing, polo, and track and field teams were all invited to compete in national championships, and our women’s sailing team won its conference championship. Both our men’s and women’s hockey and basketball teams, along with our men’s lacrosse team, finished their seasons highly ranked overall. And if you follow the Olympics this summer, pay close attention; you may just spot a few Cornellians.

The achievements of our student-athletes extend far beyond their game-day victories. Through sports, they learn motivation and determination, leadership and teamwork. They learn the satisfaction and the rewards of hard work and sustained effort. They become, as any of them will tell you, experts in setting their priorities and managing their time. They also learn one of life’s most valuable skills: how to cope with, and grow from, adversity. These lessons are not only key to their athletic accomplishments; they are an enormously important part of their Cornell educations, preparing them to move forward with success and resilience throughout their lives and careers.

Our athletics programs inspire those who compete and those of us who cheer from the stands. In November 2018, I was invited to drop the ceremonial first puck at the Frozen Apple hockey game at Madison Square Garden. I was proud to achieve my own personal goal for the event: not falling on the ice! But I was even prouder to see the enormous number of Cornell alumni who had come together from across the East Coast to cheer on the Big Red.

Athletics programs at Cornell today are, as they should be, yet another path to excellence for our diverse and extraordinarily talented student body. They are a beloved tradition, which alumni continue to sustain and encourage through their generosity. And they are an institution that the University will continue to support, as an integral part of the many opportunities for excellence, wellbeing, and community that make up an education at Cornell. 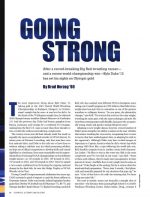 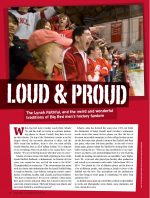 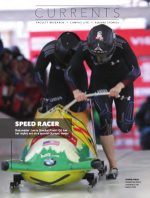