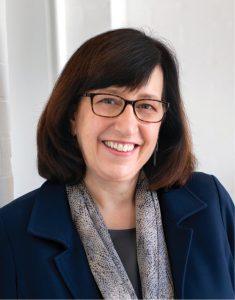 This essay was published in the Daily Sun and Cornell Chronicle in September. For CAM’s tribute to Justice Ginsburg, see “A Woman of Substance.”

On my office desk sits a small laminated box adorned with a picture of Justice Ruth Bader Ginsburg ’54 in her distinctive lace collar, and one of her many memorable quotes: “Women belong in all places where decisions are being made.” It’s a quote that is particularly meaningful to me, as someone who is fortunate enough to often be in the room where it happens—where decisions are made. While this quote is well known, what many people forget is the second sentence in the quote, that “[i]t shouldn’t be that women are the exception.” That’s what I remind myself each day: that women shouldn’t be the exception in leadership positions, nor should people of color, nor people from any group that has historically been excluded.

That’s what Justice Ginsburg fought for, throughout her entire adult life. To quote from her again, “We should not be held back from pursuing our full talents, from contributing what we could contribute to the society . . . because we belong to a group that historically has been the object of discrimination.”

In her unwavering pursuit of equity, driven by a vision in which any person is able to deploy their talents, putting them to use to help repair the world, I see Justice Ginsburg as the embodiment of our Cornell ideals. Most obvious is her commitment to our “any person” ethos. Then there is her unflagging dedication to public service—her own, of course, but also her vision of what others can do: she fought for the right of everyone to “contribute to the society.” And there is her sheer relentlessness, her tenacity—something I see in so many Cornell students especially as they rise to our current challenging circumstances.

Meaningful change, Justice Ginsburg knew, requires very hard work, done over a very long period of time. It requires a willingness to listen to, and even appreciate those with whom you disagree. I always found the close friendship between Justices Ginsburg and Scalia, who held dramatically opposing positions even on the fundamentals of judicial interpretation, to be not only touching, but telling, showing their ability to respect and hear across differences. At the same time, meaningful change requires a willingness both to disagree with others and to cogently explain your disagreement, something Justice Ginsburg did so frequently in her Supreme Court dissents, dissents that had impact and will continue to do so into the future. And meaningful change requires a certain level of optimism. It’s hard to imagine that Justice Ginsburg was not frustrated by the slow pace of change, and by how often she had to write those dissents. Yet, to quote her one more time, she counseled that we shouldn’t “be distracted by emotions like anger, envy, resentment. These just zap energy and waste time.”

I had the immense honor to meet Justice Ginsburg in her chambers in February. We were planning an event that was to be held later in the spring, in which I would interview her in front of an audience of Cornell alumni. Sadly, the coronavirus began to sweep through the U.S. a few weeks later, and the event had to be postponed—now forever. But I will always remember that meeting, with a tiny, quiet, yet incredibly powerful woman who was a hero to so many, and who, to my mind, personified what it means to be a Cornellian. Rest in peace, RBG.