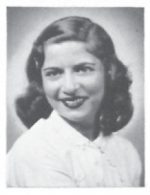 In fall 2013, CAM had the honor of interviewing Justice Ginsburg in her chambers at the Supreme Court for a cover story in our November/December issue. In her memory, we’re revisiting her wisdom from that feature—as well as celebrating her decades-long connection to Cornell, where she met her husband of fifty-six years, Marty Ginsburg ’53. 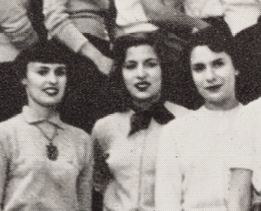 The future justice (center) with some of her Alpha Epsilon Phi sorority sisters.Rare and Manuscript Collections

On what it was like to be a woman student on the Hill in the early Fifties:

“It was a different world. In the Arts college, there were four men to every woman. The reason given: the women had to live in the dormitories while the men could live in Collegetown. As a result, the women in my class were ever so much smarter than the men.”

On having novelist Vladimir Nabokov as a professor:

“I had Nabokov for European literature, and to this day I can hear that great man speaking. He changed the way I read; he changed the way I write. He was an unforgettable character. . . . He was in love with the sound of words, and the placement of words was very important.” 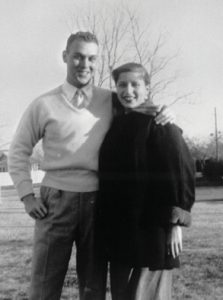 On meeting her future husband:

“He was extraordinary for that era, a guy who cared that I had a brain. . . . At the time he had a girlfriend at Smith and I had a boyfriend at Columbia Law School. Our friends thought it would be a good idea for us to spend time together during the week. . . . That whole first year we were just good friends. He would tell me everything on his mind. Not a bad way to start a relationship.”

On the secrets of a successful marriage:

“My beloved mother-in-law’s advice: ‘In every good marriage, it helps sometimes to be a little deaf.’ It proved great advice, not simply in relations with my dear spouse, but even today, in relating to my colleagues on the Supreme Court. When something unkind is said, forget it. Treat it as if the words were never spoken. . . . Something else Marty’s mother did when times were rough—a typical example, our childcare aide moved away during my last year in law school. Mother would put a sign on our bedroom mirror, ‘Even this shall pass.’ However low you were feeling at the moment, it would pass.”

On the best advice she ever received (which came from her father-in-law):

“When Marty completed his first year of law school, he was called up for two years in [U.S. Army] service. So we went off to Fort Sill, Oklahoma, home of the artillery school. A few weeks there, I became pregnant, a joyous thing, yet I worried: how will I manage law school with an infant? Marty’s father’s advice: ‘Ruth, if you don’t want to go to law school, you have the best reason in the world and no one would think less of you. But if you really want to go to law school you will stop feeling sorry for yourself; you will find a way.’  That advice works for me to this very day: ‘Do I want this enough? If I do, I’ll find a way.’ ”

On the role of dissent in Constitutional law:

“Dissents are summarized from the bench when the Justice wants the public to know that, in her opinion, the Court got it terribly wrong. . . . Let’s go back to 1857, the Dred Scott decision [affirming that slaves are property]. There were two dissents. One of them, by Justice Curtis, is particularly compelling. When the court makes a dreadful mistake it’s nice that we can look back and see that some members of the Court recognized the danger from the start. . . . You write to capture a future court.”

Ginsburg reminiscing about her time on the Hill during a 2014 event at the New York Historical Society.Robert Barker/UREL

“One experience I had many times over; most women my age have experienced it. A woman could be attending a meeting and say something she thought helpful. Her remark is greeted by silence. Then fifteen minutes later, a man says the same thing—‘That’s a fine idea,’ he is told. It’s as though they weren’t expecting a woman to say anything worth listening to.”

“[When I was expecting my son] I was working at Rutgers Law School on a year-to-year contract. I feared that if I told the dean I was pregnant, my contract would not be renewed. So for the last couple of months I wore my mother-in-law’s clothes; she was one size larger. Then, with the renewed contract in hand, I told my colleagues the last day of the term, ‘When I come back in the fall there’ll be one more in my family.’ ”

On arguing gender discrimination cases in the early Seventies:

“I knew that most judges would not really understand what I was talking about. They had the idea, ‘We know race discrimination is bad; so is discrimination on the basis of religion or national origin. But sex? We treat our wives and daughters very well.’ I tried to get them to think of what they would want their daughter’s or their granddaughter’s opportunities to be. It was all about choices—instead of being hemmed in, relegated to a corner of man’s wide world, the doors would be open and if a woman wanted to, she could walk through them.”

“Many bright women of my generation at Cornell did the traditional thing, they did what society expected of them. Their husbands climbed the ladder in a chosen career. Then, twenty years later, they find themselves caged. The main idea of the revived feminist movement was no cages or pigeonholes—no assumption that because you’re a woman you are this way and because you’re a man, that way. You should have the opportunity to follow wherever your talent and will take you. It’s a very healthy development for society.”

“There’s a formidable problem, mainly in the corporate world and in large law firms: the notion that you must be totally committed to the firm. You must be there at all hours, there’s no room for home. To me that notion is puzzling. One would think that with modern means of communication, it should be much easier to do whatever is needed from home. And yet, the large firms haven’t made that adjustment. I think it will take young people to insist, ‘People should have a family life and a work life, and each should balance, and provide respite from, the other.’ . . . The image needs to be changed, and we’ll all be better off for it—men, women, and children.” 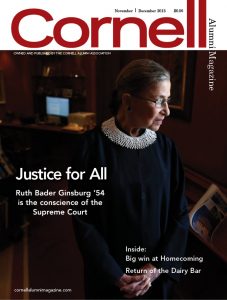 The justice was so fond of the cover featuring her, she requested a reprint, which CAM gladly framed and shipped to her.Provided

On what it’s like to serve on the Supreme Court:

“Even now, twenty years later, when I walk into the courtroom I’m still in awe. Sometimes I think it’s all a dream. What surprised me most was the collegiality of this place. Even though we divide sharply on some very important matters, we all get along with each other, we respect each other, we even like each other. We work together as a family. . . . Whatever might appear from some sharply divided opinions, we know that we must get over whatever momentary annoyance we feel. We revere the Court. We don’t want to leave it in worse shape than we found it.”

On her own work habits:

“They’re bad; I tend to work until the job is done. My husband would say, ‘If you would leave off and come to bed, in the morning the issues will be clearer.’ He was right. Sometimes I feel like I’m in a maze, then go to sleep thinking about the way out, and when I wake up in the morning I see the path. But now there’s no one telling me it’s time to quit.”

On what it felt like to be the subject of the comic opera Scalia/Ginsburg:

“Great. Especially because the person who plays me is a lyric soprano and in reality, I’m a monotone.”

On the contrasts between opera and life at the Supreme Court:

“In opera, everything is exaggerated, everything is very dramatic. Here, we try to keep the temperature low. Consider the words of Justice Scalia’s ‘rage aria’ [from Scalia/Ginsburg]: ‘The justices are blind; how can they possibly spout this? The Constitution says absolutely nothing about this!’ My response is to this effect: ‘You are in search of bright-line solutions for problems that don’t have easy answers. But the great thing about our Constitution is that, like our society, it can evolve.’ ”

3 thoughts on “A Woman of Substance”