With the departure of several top administrators, Provost Kent Fuchs has announced that he and his office will take advantage of the turnover to reassess four key positions. The administrators— vice provost for equity and inclusion (Elizabeth Mannix), associate provost for outreach (Stephen Hamilton), vice provost for life sciences (Steve Kresovich), and senior science adviser to the president and provost (Robert Richardson)—exited their positions this summer. Kresovich left Cornell for the University of South Carolina, while the others completed their terms and segued to other posts on the Hill. According to Fuchs, over the next several months his office will consider structural changes throughout the University. "These changes," he says, "will enable us to achieve excellence in strategic areas through change in organization and focus while also reducing our administrative expenses."

The University also announced two other high-level departures in July. David Yeh, vice president for student and academic services since 1987, left to become assistant provost for academic programs and projects at Saudi Arabia's King Abdullah University of Science and Technology (KAUST). And Susan Henry will step down as dean of CALS in 2010, when her second five-year term ends. Henry, a professor of molecular biology and genetics, will return to teaching and research.

A laptop stolen from campus in early June contained the names and Social Security numbers of some 45,000 current and former students, faculty, and staff. The theft prompted the University to offer free credit-protection services to the affected people, whom they warned via letter and email. They've also been advised to register a fraud alert with one of the three national credit reporting companies. As of August, says University spokesman Simeon Moss '73, BA '82, "We have no knowledge or evidence of any use, misuse, or exploitation of the personal data that was on the stolen computer."

Lab of O Calls Off Hunt for Ivory-Billed Woodpecker

The Lab of Ornithology has wrapped up its four-year search for the ivory-billed woodpecker. In spring 2005, researchers announced that the bird, long thought to be extinct, had been sighted in Arkansas—sparking a media frenzy and drawing hordes of birdwatchers to the region. Since then, ornithologists have searched woods from California to Alabama without success. "The lab will continue to be a hub for information, reports, and scholarship about the ivory-billed woodpecker, including an online database where members of the public can report sightings," says Ron Rohrbaugh, director of the lab's research project on the elusive bird. "But unless new evidence surfaces, it's probably safe to say that we're not going to put forward any more comprehensive, systematic searches."

In July, President David Skorton gave an address to the first graduates of Cornell's master of professional studies program in international agriculture and rural development at Bahir Dar University in Ethiopia. Skorton traveled to East Africa with his wife, biomedical sciences professor Robin Davisson, and Alice Pell, vice provost for international relations. The two-week trip included stops in Tanzania, where they visited Weill Bugando, a medical school affiliated with Weill Cornell Medical College, and Rwanda, where they toured the national university.

A Cornell engineering grad died in the August mid-air collision between a private plane and a sightseeing helicopter over the Hudson River on the west side of Manhattan. Sixty-year-old Steven Altman '71, a real estate executive from Pennsylvania, was at the controls of his family's single-engine Piper aircraft when it collided with the helicopter. Also on board were Altman's younger brother and sixteen-year-old nephew; five Italian tourists and a pilot perished on the helicopter.

In the days following the tragedy, Altman was remembered in the media as an accomplished pilot—licensed for more than three decades, he was also rated to fly multiple-engine aircraft and make instrument landings—and a longtime volunteer for Angel Flights East, a nonprofit that offers free transportation to seriously ill patients and their families. The crash, which occurred around noon on a clear summer day, has prompted discussions of potential restrictions to the airspace over the Hudson, where planes and helicopters traveling below 1,100 feet are not directed by air traffic control. Altman is survived by his wife, Pamela, two daughters, and a son.

An MRI for East Hill

Starting in fall 2011, Cornell researchers will no longer have to travel to Rochester, Pittsburgh, or Manhattan to use an MRI machine. Purchased through a $2 million federal grant, the University's device will be housed in a 7,300-square-foot lab in Martha Van Rensselaer Hall. It will be used by researchers in the colleges of Arts and Sciences, Engineering, Human Ecology, and Veterinary Medicine. Of the top thirty institutions receiving funding from the National Institutes of Health, Cornell is the only one that lacks an MRI on its central campus—but some two dozen of its NIH-funded projects make substantial use of the technology. 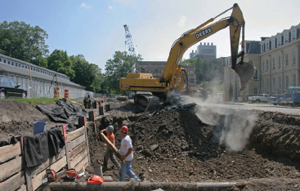 After years of debate over its design, Milstein Hall is finally under construction on the Architecture, Art, and Planning campus. Preliminary work on the site began in June, with the foundation set to take shape starting in mid-September. The $52 million building, which will link to both Sibley and Rand halls, is set to open in August 2011. Throughout construction, a section of University Avenue—over which part of the new building will extend—will be closed. To watch Milstein rise via live webcam, go to aap.cornell.edu/milstein . 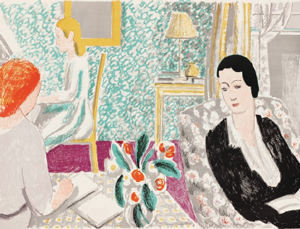 Circle of friends: The Schoolroom, a 1931 lithograph by Vanessa Bell, is part of an exhibit exploring the work of the early twentieth-century artists and writers known as the Blooms-bury Group. "A Room of Their Own: The Bloomsbury Artists in American Collections" is on display at the Johnson Museum through October 18.

Fossil find: Ithaca's Paleontological Research Institution has been given a large collection of Antarctic invertebrates, including this heteromorphic ammonite, related to the nautilus. The Cornell-affiliated institution will create an online exhibit of the collection.

Martha Dewey, longtime director of the Cornell Interactive Theater Ensemble (CITE), was killed in June in a head-on collision with another car whose driver was allegedly intoxicated. The fifty-five-year-old Dewey was a co-founder of CITE, a program in the Office of Human Resources that uses theater exercises to educate groups on campus and in the corporate world about diversity issues. In 2001, the troupe won Cornell's James A. Perkins Award for Interracial Understanding and Harmony. Dewey is survived by her husband, Kent Goetz, a professor of scenic design, and three siblings.

The Cornell Autonomous Underwater Vehicle team took home top honors—and a $10,000 prize—at a national competition in San Diego in August. At the twelfth annual Association for Unmanned Vehicle Systems International/Office of Naval Research competition, Cornell's new Nova sub enjoyed a flawless eleven-minute run, becoming the only team to complete every element of the course. Its challenges included dodging barbed wire, firing torpedoes, and retrieving a pinging briefcase. Composed entirely of undergrads— from three colleges and thirteen majors—the team was one of thirty competing in San Diego.

L. Sanford Reis '29, a longtime Cornell benefactor—whose gifts include a tennis center, the main stage of the University theater, the renovation of a hydroelectric plant, a scholarship fund, and a lecture series in Arabic studies—died in Florida on June 27. After attending Cornell on a full scholarship, Reis worked on Wall Street before forming companies in construction and financial advising. His wife, Josephine Goodale Mills '29, died in 2005. Reis is survived by two children, Curtis Sanford Reis '56 and Dale Reis Johnson '58; five grandchildren, including Blythe Reis '80 and Karin Johnson '86; and eight great-grandchildren, including Myles Rowland '11.

As part of a $212 million USDA Food for Progress program, Cornell will lead an international agricultural assistance project in Bangladesh. The effort, funded with upwards of $5.5 million from the USDA, will be overseen by soil science and international agriculture professor John Duxbury and senior research associate Julie Lauren, PhD '91; it will seek solutions to the environmental constraints limiting food production in Bangladesh, such as acidic soil, lack of groundwater for irrigation, and arsenic contamination. Says Duxbury: "Our primary role is to implement an outreach project, rather than research."