With the death of Charles Thorp (Chuck) Stewart '40 on January 19, Cornell lost a champion. Chuck had Cornell in his blood: his grandfather, his grandmother (who helped found the University's first sorority), his mother, aunts, uncles, and three brothers all graduated from Cornell, as did his son, Evan Stewart '74, JD '77. After wartime service, Chuck began a legal career that was marked by increasing responsibility and success, ultimately leading to his appointment as general counsel, senior vice president, and member of the board of J. C. Penney. He was described by William Batten, the chairman, as "a strong right arm" who "played a key role in the company's transformation." He was an outstanding lawyer who was also an astute businessman and exemplary citizen, serving as chairman of the board of the YMCA of the Greater New York Area and as a director of the Legal Aid Society. 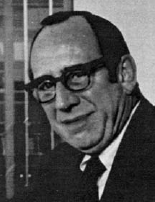 Chuck was a member of the Cornell Board of Trustees for twenty years, serving on the executive committee for nineteen years and as its chair for fifteen years. His steady hand had much to do with the success with which the University emerged from the troubled times of the late Sixties and early Seventies. Chuck's legal acumen, precise thinking, and steady sense of proportion were enormously valuable. He had the highest ambitions for the University and set high standards. He was also an outstanding teacher, serving as a visiting professor at Yale, his legal alma mater, and for many years as an adjunct professor of law at New York University. This rare combination of devotion to teaching, legal comprehension, and business acumen made Chuck an extraordinary leader during his long service as a trustee. He also served as a founding member of the Board of Overseers of the Medical college.

It was through their common membership on the Cornell Board that Chuck met Patricia Carry '50; their marriage in 1976 contributed so much to the richness of his life. Chuck was a generous benefactor to many areas of Cornell life and served with distinction as a presidential councilor. In 2002 he and Pat jointly received the Rhodes Exemplary Alumni Service Award, fitting recognition of their devoted leadership and dedicated service to the University.

Charles S. Williams '44, this magazine's business manager and then general manager from 1963 until he retired in 1986, died on May 19 in Scottsdale, Arizona.

Charlie stood out in any crowd—tall, handsome, and strong of opinion—and had an easy way with people. He had three powerful loves in his life: his family, his alumni class, and the B-25 bomber he flew on fifty-four missions in the Pacific Theater during World War II. 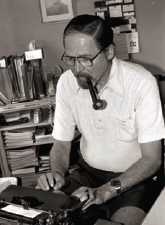 I'd arrived as editor in 1961 to succeed Howard Stevenson 1919, the longtime all-purpose chief of the Cornell Alumni News. Charlie came from Wall Street, where he had been an editor at two investment periodicals. He built our advertising and circulation, selling group subscriptions to alumni classes under a plan Stevenson had launched in the Forties. Later he chaired a group of Ivy League alumni magazines that banded together to attract national advertising.

Twice in Charlie's tenure he put his editorial experience to work: once during a hiatus when I was away serving the University and my successor was out of action, and again in 1969 when he joined associate editor Marion O'Brien and me in our all-out coverage of the occupation of Willard Straight Hall by black students and its consequences.

Charlie and his brother, the bigger-than-life professor of the history of science L. Pearce Williams '48, PhD '52, and another history professor hunted together regularly. But it was to his devoted wife, Barbara, and singular daughters Marcia and Tracey that he gave the fullest affection.

The comradeship of war veterans and the leadership of Art Kesten '44, BA '49, and Dottie Kay Kesten '44, BS '43, held together his Cornell alumni class, which he served as president and reunion chairman. He earned the Air Medal with oak leaf cluster and other medals for his service with the 38th Bomb Group, the "Sunsetters," 71st Bomb Squadron, Fifth Air Force. His family has asked that any memorial contributions be made to the Arizona Wing of the Commemorative Air Force, which is restoring a B-25. Says Tracey, "He would have loved that."

Cornell, Cornellians—all of us have lost a real friend.