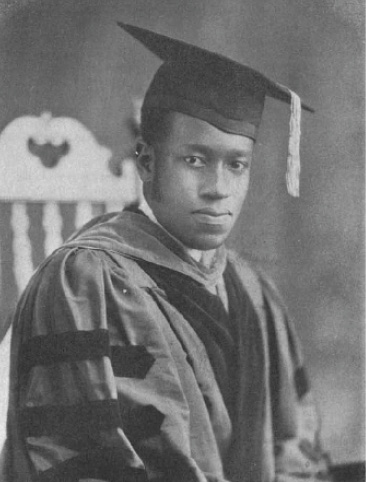 Cox in his Cornell Commencement regalia.Provided

While mathematician Elbert Frank Cox, PhD 1925, didn’t win major awards or make paradigm-shattering discoveries, he remains a legend in his field: when he graduated from Cornell nearly a century ago, he became the first Black person to receive a doctorate in math, not only in this country but anywhere in the world. And after breaking that barrier, he went on to a lifetime of teaching and mentorship, holding the door open behind him for others to follow. “At that time, it was hard for nonwhite people to be admitted to just about any institution—but from the very beginning, Cornell has had a legacy of accepting students of all races,” observes math department chair Tara Holm. “So in many ways it was incredibly remarkable for Cox to have earned his PhD, and in others it was just business as usual at Cornell.”

On the Hill, Cox studied theoretical math—as Holm explains it, “he used abstract mathematical structures to better understand patterns in numbers”—but also had wide-ranging interests, taking courses in physics, botany, zoology, chemistry, and even dairy science. Though the workload and rigors of grad student life were challenging, notes a 2000 biography of Cox in American Mathematical Monthly, “these were years that he remembered fondly.”

Those who knew Cox—who passed away in 1969 at age seventy-three—have described him as a conservative, patient, and reserved man who always wore a tie to dinner. Born in Evansville, Indiana, he grew up in a mixed-race neighborhood in an era when racial tensions ran high. Despite attending segregated schools where resources were woefully insufficient, he became a strong proponent of education—likely due to the influence of his father, a longtime elementary school teacher and principal. Cox was one of just three African Americans in his undergraduate class at Indiana University, where he earned a degree in math (and where the word “colored” was emblazoned across his transcript). “In class at Indiana, while everyone else was in the lecture hall, the Blacks had to sit out in the hallway with the door open so they could hear,” recalls Elbert Lucien Cox Sr., one of Cox’s four sons, noting that despite the unequal treatment, “my father received an A in every mathematics course he took.”

In 1929, Cox joined the math faculty at Howard University, where he would go on to teach for nearly four decades. During his tenure, he was instrumental in expanding the department and supervised a record-breaking thirty master’s students. Back then, Howard didn’t have a PhD program in math, but in 1975—ten years after Cox’s retirement, and thanks in large part to the groundwork he’d laid—it became the first historically Black college or university to establish one. The university memorialized him with the Elbert F. Cox Scholarship Fund, aimed at encouraging Black students to pursue math at the graduate level. “My father was not one to wear his achievements on his sleeve, so to speak,” recalls Cox Sr. “He wouldn’t go around talking about them; in fact, he didn’t do a whole lot of talking in general. But when he did say something, it always made an impact.”

As Holm notes, people of color remain severely underrepresented in mathematics. Of the 935 PhDs granted to U.S. citizens in the fields of statistics, biostatics, and math in 2018, only twenty-seven—less than 3 percent—went to African Americans. And that disparity prevails across many STEM disciplines, says Cox’s grandson Elbert Lucien Cox Jr., a program executive in astrophysics at NASA. “In his time, my grandfather was the only African American in a field of Caucasian students; he had to break through barriers, and he did it with excellence,” Cox Jr. says. “His legacy—his hard work, what he was up against, and how he pressed on—has instilled in me the same drive to be the best in my profession.” 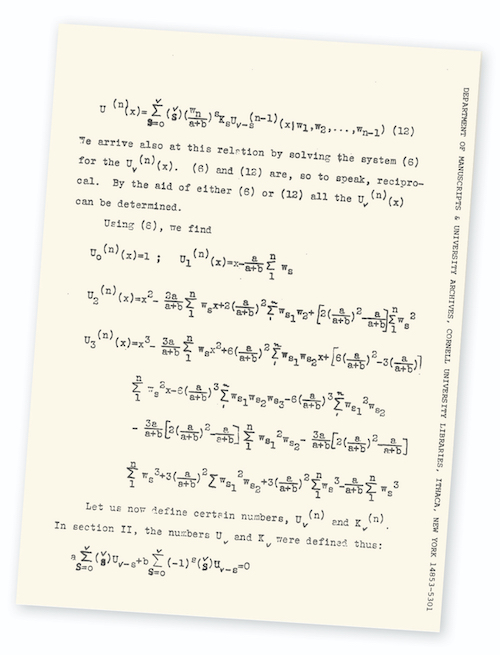 A page from his doctoral dissertation, a copy of which resides in the University Library Haithi Trust

When Cox received his doctorate, he was only the second Black man to graduate with a Cornell PhD in any subject; the first, Thomas Wyatt Turner, had earned his in biology four years earlier. When Cox’s adviser realized his status as a pioneer, he urged him to submit his dissertation to universities in other countries—a common practice at the time, since granting PhDs was a relatively new endeavor in the U.S.—to ensure his achievement could not be disputed. Though Cox’s work was rejected by multiple institutions in Europe, likely due to his race, it was accepted by the Imperial University in Sendai, Japan, solidifying his accomplishment. Within two decades, some two dozen African Americans had followed in Cox’s footsteps by receiving PhDs from Cornell—including seven in math or physics.