When Tatia Mays-Russell ’88 first heard that there was a job opening as chief financial officer of the National Lacrosse League, her response was: “The what?” She had never heard of the NLL—which is, after all, one of two professional leagues in a sport battling for mainstream recognition. 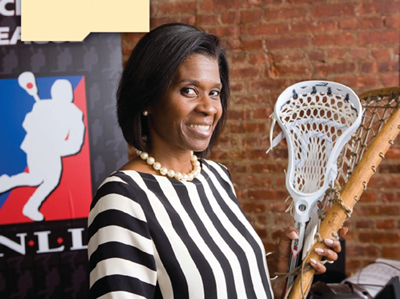 The NLL has survived for twenty-three seasons, but often barely. Played indoors inside the confines of a hockey rink, the league’s version of the sport is a high-scoring blend of field and box lacrosse. (Nine-year-old Major League Lacrosse is the sport’s summer outdoor pro league.) But while the NLL has teams as far-flung as Edmonton and San Jose, it has no national television contract. Each squad plays a sixteen-game schedule from January to April—but only on weekends, because the players have full-time jobs. A couple of years ago the league’s leadership was in such disarray that it almost canceled its 2008 season before coming to an agreement with the players’ association.

In the wake of that near-disaster, the NLL created a new finance committee, which decided it was time to hire a full-time CFO. Cornell Athletic Hall of Famer Mike French ’76, MPS ’78, who was the league’s leading goal scorer in its 1987 inaugural season and is now co-owner of the NLL’s Philadelphia Wings, was asked to interview candidates. He recommended Mays-Russell, who had spent five years as director of business operations for the WNBA. In that capacity, she helped guide the league’s transition from collective to individual ownership and negotiate a landmark collective bargaining agreement, which instituted the first free agency system in women’s professional sports. “We needed somebody who understood our finances and could help take us to the next level,” says French, a partner at PricewaterhouseCoopers. “Tatia has all of that experience with women’s basketball, so she understands television and sponsorships and the nuances of a diverse ownership group.”

What she didn’t necessarily understand was lacrosse. The sport has broadened its reach in recent years—a headline in the Wall Street Journal last May read, “Lacrosse Muscles Its Way West”—but it has historically been viewed as a game for Eastern private-school kids. Mays-Russell was raised by a single mother in Flatbush, Brooklyn, and was the first member of her family to attend college; after studying math and chemistry at Brooklyn Tech she majored in materials science on the Hill. During her four years as an undergrad, she never attended a Big Red lacrosse game. “I was busy studying,” she says.

Mays-Russell worked her way through college, earned an MBA from Wharton, and served as a consultant for Deloitte & Touche and a financial analyst at Pfizer before a job in the sports industry came her way via what she calls “a bit of a fluke.” Her husband was starting a women’s apparel company and was hoping to strike a licensing deal with the then-fledgling WNBA. In 1998, on his behalf, Mays-Russell met with the league’s director of business operations. She wound up being hired as the director of financial planning and analysis. “I wasn’t as passionate about sports as most sports fans are, but I didn’t necessarily have to be,” says Mays-Russell. “My job was about the dollars and cents and what made good business sense.”

A decade later, after a stint with Scholastic and a hiatus to have her second child, she brought the same perspective to the NLL. Soon after she arrived she instituted new financial systems calling for more transparency and accountability, which eventually led to the departure of the league’s commissioner. As an African American woman and non-athlete working in a field that lacks diversity in its executive offices and values athletic pedigrees, Mays-Russell is well aware that she is an anomaly. “Some of the guys in the room don’t know what to make of me,” she says. “I end up having to stand up for myself quite a bit.”

Mays-Russell has some suggestions for enhancing the league’s financial well-being by taking advantage of the rising popularity of the game. (A 2007 survey by the National Sporting Goods Association estimated that 1.2 million Americans over age seven had played lacrosse in the previous year, an increase of 40 percent since 1999.) Her recipe for success: Boost the core audience through grass-roots marketing. Explore a joint venture with Major League Lacrosse to make pro lacrosse a year-round option. Finally, take a cue from the WNBA and market a handful of charismatic players. “We have to make a decision,” she says. “Are we going to continue to fly below the radar and be happy where we are? Or are we going to be the biggest, baddest part-time professional league ever?” 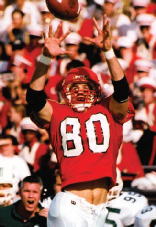 SCHOLAR-ATHLETES While the college track and field season officially ended with the NCAA Division I Outdoor Championships in June, Cornell continued to make news both on and off the track. Nine athletes were named to the U.S. Track and Field and Cross Country Coaches Association Division I All-Academic Track and Field team for 2009. To be eligible, an athlete must have a GPA of 3.25 or better and post an NCAA-qualifying performance. Cornell’s representatives were Bob Belden ’12, Adrien Dannemiller ’11, Jeomi Maduka ’09, Andy Miller ’09, Stephanie Pancoast ’10, Erin Roberts ’10, Erik Roneker ’09, Duane Teixeira ’10, and Jessica Weyman ’10. The Big Red also made an impressive showing at the USA Track and Field Outdoor Championships in June, led by sixth-place finishes by Morgan Uceny ’07 in the 800 meters and Muhammad Halim ’08 in the long jump. 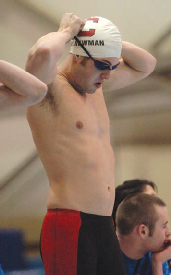 BIG SPLASH After a great career in the pool, Wes Newman ’09 will continue helping the Big Red—only now it will be from the deck. A three-time Eastern champion, Newman has been named an assistant coach for both the men’s and women’s swimming teams. He graduated with five individual and four relay records, was a College Swimming Coaches Association of America Scholar All-American as a senior, and won the Mario St. George Boiardi ’04 Leadership Award for most embodying leadership, athleticism, and a strong work ethic among Cornell’s senior athletes.

LAX COACH HONORED Men’s lacrosse head coach Jeff Tambroni won the Morris Touchstone Award as the United States Intercollegiate Lacrosse Association’s Coach of the Year. Tambroni is the third Cornell coach to win the award, joining Richie Moran (1971, 1977, 1987) and Dave Pietramala (2000). Cornell is the only school to have five lacrosse coach-of-the-year honors to its credit. In nine years as head coach, Tambroni has led the Big Red to a 97-34 record and seven Ivy League titles.

DOUBLES FEATURE After spending most of the spring as Cornell’s number one doubles team, Josh Goldstein ’09 and Kyle Dop-pelt ’09 found themselves on opposite sides of the net at the Maccabiah Games in Jerusalem with a mixed doubles title on the line. Doppelt emerged the victor, teaming with Hanna Mar to take a 6-4, 6-3 win over Goldstein and Logan Hansen in the gold medal match. Both teams had reached the semifinals without dropping a set before winning tie-breakers to advance to the final. Doppelt and Goldstein, who went 13-4 at first doubles for Cornell, reached the semifinals of the men’s doubles before losing to the eventual champions from Israel. The Maccabiah Games are a quadrennial event for Jewish athletes and the third-largest sporting event in the world.

ON THE WATER Cornell had five rowers competing in the 2009 World Rowing Under 23 Championships in Racice, Czech Republic, in July. Three of them reached the finals: Drew Baustian ’10, Christopher Frendl ’10, and Michael Rossidis ’09 made up three-fifths of the men’s four with coxswain that finished fifth in the world. Thomas Davidson ’12 finished eighth overall in the lightweight men’s pair after taking second in the B-final, while Singen Elliott ’10 was part of the quadruple sculls team that finished 17th.

COACHING LEGACY The Cornell wrestling program has added a familiar name to its roster with the hiring of Jeremy Spates as an assistant coach. Spates is the son of Jack Spates, who was the head coach at Cornell from 1988 to 1993 before becoming head coach at the University of Oklahoma. Jeremy Spates was an All-American wrestler at the University of Missouri and then spent five seasons at Oklahoma as an assistant coach under his father.