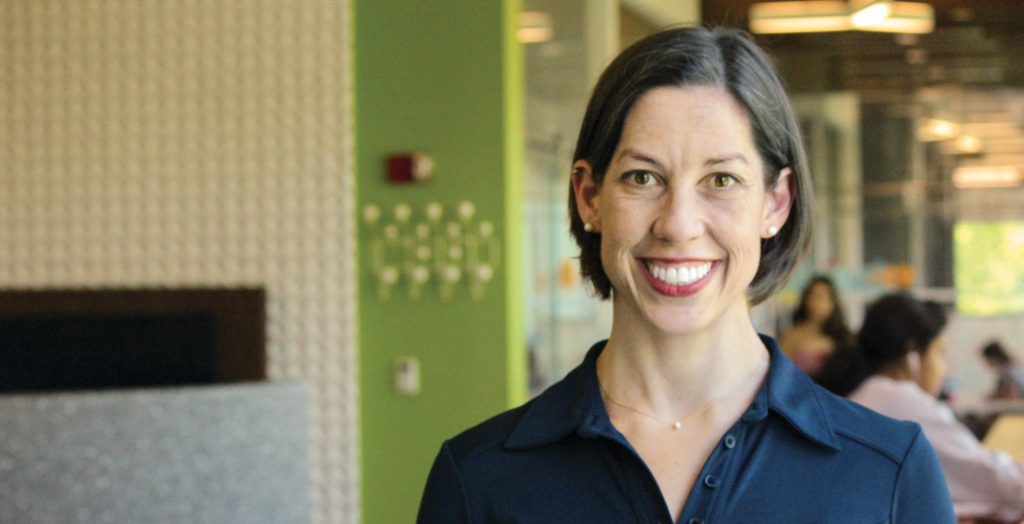 As a communication major in CALS, Lee Humphreys ’99 did an honors thesis on photo manipulation—inspired by the infamous 1994 Time cover that sparked outrage and accusations of racism for depicting O.J. Simpson with artificially darkened skin. Today, as an associate professor in the same department, she’s still studying the intersection of media, technology, and society. In her new book—The Qualified Self: Social Media and the Accounting of Everyday Life, published in April by MIT Press—Humphreys puts platforms like Facebook, Twitter, and Instagram into historical context. While modern social media is often slammed for enabling narcissism, she argues that their role is far more complex—and that such platforms have their roots in old-school media such as scrapbooks, diaries, baby books, and photographic slides.[amazon_link asins=’0262037858′ template=’Sidebar’ store=’cornalummaga-20′ marketplace=’US’ link_id=’20be25c4-bdb6-11e8-845d-7501e8352a94′]

We think of diaries as inherently personal. How can they be like blogs, which are written for public consumption?

That was the first piece of history that blew my mind in thinking about social media today—that historically, diaries were not always a notebook with a lock on it into which you pour your innermost secrets. In fact, they were often shared. Sometimes you’d put your diary in the mail and send it to people to read and comment in the margins. Diaries would explain what was going on in the community; it wasn’t just about the writer, but a social chronicling of events: “We planted corn; Mr. Smith came to visit; the baby was born; we went to church.” When people would visit, you’d go through your diary together as a way to catch up. It’s this idea of people using media to document their lives and share it with others, which describes a fair bit of the content on Twitter, Facebook, and Instagram.

Social media posts are often dismissed as banal; there’s the stereotype of tweeting a picture of your latte. Does that sort of thing have value?

The primary reason that we share the everyday details of our lives is to reinforce our social connections with others; knowing what someone had for breakfast is actually a form of intimacy. When I talk to my mom on the phone and she says, “I made a pot roast for dinner last night,” it’s not really about the pot roast. It’s about our relationship—the intimacy and experiences we’ve shared.

One of your most intriguing observations is that the brevity of Twitter—which initially limited posts to 140 characters—is nothing new. How can that be?

In the mid-nineteenth century, advances in paper production allowed for the creation of smaller journals, called “pocket diaries,” which enabled people to take their journal with them rather than writing at the end of the day. One historian has argued that people loved them, in part, because they constrained the writing space, and that was really welcome.

Why would less space be preferable?

The way I teach my students about it is, “Think about the stress you feel when you sit down to a blank Word document. Now, think about what it’s like to sit down to a Post-It note.” There’s no stress about writing on a Post-It. Some of the earliest adopters of Twitter were bloggers, and I think part of the reason is because they were afforded so much space on their blogging platforms that Twitter was a welcome constraint. It allowed them to speak to their audiences without feeling that they had to write paragraphs and paragraphs of prose.

You also talk about how social media echoes the bygone pastime of viewing slides of other people’s vacation photos.

Slideshows are a great example of sharing one’s life experiences through media—and more importantly, that we have a social accountability to receive the media traces of others. As people create these media to document their lives, there’s an expectation that we will attend to those messages. Sitting through slideshows at my grandparents’ house or at church is not that dissimilar to looking at people’s Facebook posts. Liking them is a way of acknowledging that you’re receiving their messages about their life experiences. If someone posts that they just had a baby, I don’t think you can scroll through and not like it—there’s such social accountability to bear witness.

In the book, you describe some of your own Facebook habits—including posting a “happy birthday” message for your father, even though he’s not on the site. Why do we do that sort of thing?

Right—if I’m not posting it to him, who am I talking to? I’m posting it to my family and friends who know him, so we can celebrate together. But fundamentally, it’s about me recognizing my relationship with him.

Does researching this field affect the way you behave on social media?

I’m very aware of the norms. For instance, we went on a cruise with my parents for their fiftieth anniversary. It was lovely, and I wanted to celebrate that by posting some photos. But the week that I came back was really crazy at work, so I never got around to it—and when I finally had time, I thought it was too late. The norm on social media is that you either post them during a trip or right after. As someone who studies it, I’m so aware of the expectations that it stifled my own use.

Finally: why do we love Throwback Thursday?

In the book, I call it not a “remembrance” activity but a “reckoning” activity—how we come to understand who we are and how we’ve changed. The accepted guidelines for Throwback Thursday are that posts can’t be too recent or too braggy. It can’t be you winning an award; there has to be a kind of self-deprecation. Part of the reason why we can post embarrassing photos of ourselves from junior high or when we were six is because that photo is absolutely us, but not anymore. There’s a great, evocative emotion that comes from sharing a piece of ourselves—but now we have better hair, or we don’t have food all over our face. We recognize that it was a moment, and we can laugh at it.