As Barack Obama’s videographer, Arun Chaudhary ’97 had a front-row seat to history

As Barack Obama’s videographer, Arun Chaudhary ’97 had a front-row seat to history

Former film theory major Arun Chaudhary ’97 joined the Obama presidential campaign as a video producer—working through the primary race, general election, and pre-inaugural transition. After President Obama took office in January 2009, Chaudhary became the first official White House videographer. He traveled the world for nearly three years, filming the President, the First Lady, and other members of the administration—and then toiling in the editing room late into the night to package the events for posterity. In addition to capturing moments both historic and candid, Chaudhary created “West Wing Week,” a video podcast summarizing the news in and around 1600 Pennsylvania Avenue. Chaudhary, who grew up outside New York City and holds an MFA in film production from NYU, left the White House in August 2011 and is now a senior vice president at Revolution Messaging, which crafts mobile technology strategies for politically progressive organizations.

Cornell Alumni Magazine: How is Barack Obama different in person than on camera?

Arun Chaudhary: There is no difference. His sense of humor is maybe ever-so-slightly more sardonic if he’s not on camera—but it really is remarkable, and it makes him a dream subject to film. I think the fact that there’s no difference between his public and private personas is the key to why I was allowed to do this. All of his advisers, his whole family, everyone thought it would be fine. But I can see the next president, whoever takes over in 2016, not wanting to have a personal videographer because maybe they don’t trust themselves, or their advisers don’t trust them. But there was never anyone around the president who thought this was a bad idea. 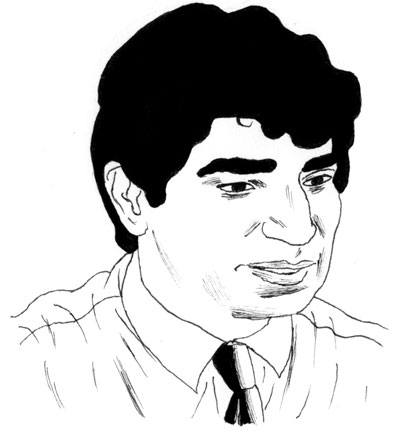 CAM: Does your mention of 2016 mean you’re optimistic about his re-election chances?

AC: Because of his authenticity on and off camera—and because of Mitt Romney’s lack of it—I hope and expect that the president will be re-elected. I also think he’ll do well based on his record of accomplishments in office.

CAM: What was it like to meet then-candidate Obama?

AC: I filmed him a couple times at a distance, and in July 2007 I met him when he did his first “Dinner with Barack” event. It was a quick handshake, and he did this thing he always does, which is he goes, “Hi, I’m Barack…Obama”—as if I might conflate him with all the other Baracks. And he proceeded to have an incredibly low-key dinner with these people. It had been funny, because as I was preparing for it, I was told over and over, “This isn’t about a movie, Arun, it’s about having a real dinner, so we don’t want your equipment in the way.” I was so nervous that I hid the microphones so we could get it all without being obtrusive. But in the end he was so captivating that it wouldn’t have mattered. That’s one of the things I learned early on—to trust him to put people at ease.

CAM: What were your duties during the campaign?

AC: We were all shooter-producer-editors—we each carried about eighty pounds of gear. There were three of us in the primaries, six in the general election. As time went on, it became clear that the best things we could put out were authentic representations of what the senator was doing. Our general philosophy was that the more people saw Barack Obama talk about his message and the issues, the more who would vote for him—and that turned out to absolutely be the case.

CAM: What was life like on the campaign trail?

AC: It was an incredible experience. We’d do five to ten events a day. We could be in as many as seven states. It was doing what I know how to do, making films, but pushed to its absolute limit. We never had time to go back to the hotel to edit; the plane or van was our studio. When you’re making a movie to get into Sundance, you don’t edit it in a noisy café with people screaming at you. But when you’re making a video of someone who’s trying to get elected President of the United States, that’s exactly what you do. I edited an early vote ad for Florida underneath a press table at the presidential debate at Hoftstra University.

CAM: How did it feel when he won?

AC: In a way, it was anticlimactic. I was very, very tired. It’s emblematic of a campaign, actually; when you get close to the center, the moments when you feel excitement are different. During speeches, when people were screaming and freaking out, I’d usually be backstage next to the port-o-potties waiting for him to come offstage so I could film him. On election night, I was backstage watching on the smallest TV you could imagine, which was perched on a stool. But I was in a good spot when he finished his victory speech—because besides family, I got the first hug.

CAM: If there were other campaign videographers, how did you land the White House job?

AC: I was the natural one because I had been working the closest with the president-elect. Obviously, being the first, there had to be an enormous amount of trust on both sides.

CAM: What were your duties in the White House?

AC: It changed from trying to communicate a campaign’s message to documenting the presidency for history. But it’s tricky. What is history? Does that mean what people want to see next week, or in twenty years, or in a hundred?

AC: I basically kept to the president’s schedule, but when that was done, I’d have to edit. It was a lot of late nights in the EEOB [Eisenhower Executive Office Building] in various states of undress, screaming at the computer. If we were traveling I’d be editing on the plane or in a hotel room. When the day was finally done, like at the G-20 Summit in France, people would say, “Maybe we actually have time to go out and see something.” I would be the one who doesn’t get to go out. I’d go back to the hotel and start editing.

CAM: Did you go everywhere the president went?

AC: I went on about two-thirds of his trips. I tried not to bug the guy. I never went on vacation with him.

CAM: Did you get to ride on Air Force One?

AC: I did, and it’s a fantastic ride—definitely the best way to fly. But it’s set up for you to work, not to be a private air-yacht fun factory. It really is a flying mini-White House.

CAM: Why did you decide to leave the White House?

AC: For one thing, I had a toddler whom I never saw, and my wife was about to kill me. And second, I thought I might be burning out, and I wanted to be energetic enough to help figure out the next step of White House videography and to train the next person.

CAM: Looking back at your time in the White House, what events stand out? What will you tell your grandchildren about?

AC: Well, when they killed Osama bin Laden I was home in my pajamas, so I probably wouldn’t tell them about that. One of my favorite moments—and it doesn’t make me look particularly great—was when we went to Prague to sign the new START treaty in 2010. It was a really long day, and as President Obama was signing it in this amazing room in Prague Castle, I was so tired I fell asleep. I was in front of the dignitaries—ducked down in front of Secretary Clinton, because I was trying to get her reaction shot—and I actually put my head in the lap of Admiral Mullen, chairman of the Joint Chiefs of Staff. And he’s such a nice, gentle guy, he just picked my head up and woke me so no one ever noticed.

CAM: Any other memorable moments?

AC: I got to take Amtrak with Joe Biden, which is every American’s dream. And he literally does know every conductor by name.

CAM: What about some of the other people you covered, like Michelle Obama and Hillary Clinton?

AC: The First Lady is hysterically funny, and very centering emotionally. She’s just a remarkable person. Secretary Clinton became one of my favorite people to film; she’s also very funny, which people don’t realize. I was at the State Department one of the first days that Hope Hall, the second White House videographer, was shadowing me, and we were talking about what we shoot and what we don’t. I was filming Secretary Clinton pouring a cup of coffee in the kitchen while she was waiting to make a speech, and she whirled around and said, “Don’t film this!” And I said, “I’m so sorry, Madame Secretary!” And she said, “Oh, I’m just kiddin’, it’s coffee!” And I turned to Hope and said, “It’s like this all the time. You never quite know if you’re in trouble or not.”

AC: Great dog. So cute, and such a good boy. Well trained. But he wasn’t my biggest fan. A couple of times on the Colonnade, he caught my eye and barked at me something fierce.