After Mount Vesuvius erupted in 79 A.D., killing most of the residents of Pompeii, the Roman city became one of the world’s most famous archaeological sites. It’s a place frozen in time, where many public buildings, private villas, and even human remains have been remarkably preserved beneath layers of volcanic ash and rock. Pompeii has been studied for centuries, with brilliantly painted frescos, bronze sculptures, sacks of coins, ornate jewelry, and gladiators’ weapons among the artifacts that have been unearthed there. 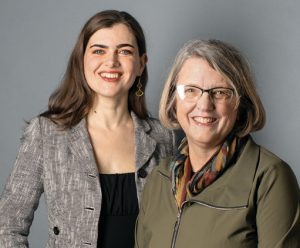 In recent years, researchers have been utilizing modern technologies like ground-penetrating radar, digital mapping, and botanical analysis—along with old-fashioned field methods—to try to find more evidence of what everyday life was like in Pompeii. Since 2018, Caitlín Barrett, an associate professor of classics in Arts and Sciences, and Kathryn Gleason ’79, a professor of landscape architecture in CALS, have co-directed the excavation and survey of the Casa della Regina Carolina, one of the city’s largest dwellings, as well as the house’s sizable, once-verdant garden. By learning more about household activities at the site, they hope to shed valuable new light on Pompeii’s inhabitants—including the still-understudied enslaved population—and the role that domestic life played in social, political, and cultural changes in the region. “We’re not just trying to find the prettiest or flashiest of things,” says Barrett, who was recently named a National Geographic Society Explorer and awarded a grant from the organization to further study the property. “Seemingly humble objects, like broken pot shards or microscopic remains of pollen or broken animal bones, can tell us just as much as—and sometimes more than—a beautiful marble statue.”

Barrett, Gleason, and their team of researchers—which includes a third co-director from the UK’s University of Reading and more than a dozen Cornell faculty, undergrads, and grad students, as well as experts and students from other institutions—are the first to excavate the property in nearly 200 years. Previous studies took place in the early nineteenth century during the Bourbon and Napoleonic rule; the house takes its name from Queen Caroline Bonaparte Murat, whose patronage supported some of the initial digs there. Early field reports described now-lost wall paintings of pygmies and centaurs, a statue of Diana, and a marble head of Jupiter; Barrett notes that many excavators of that era were typically more interested in “buried treasure,” so more ordinary objects were rarely recorded. Moreover, previous archaeologists at the house didn’t dig much beyond the eruption’s volcanic deposits, leaving the grounds below largely unexplored. Further interest in the site disappeared when the wall paintings faded because of inadequate conservation. “There really hasn’t been a focus on this house since 1839,” says Barrett, “and it has a lot more to tell us.” 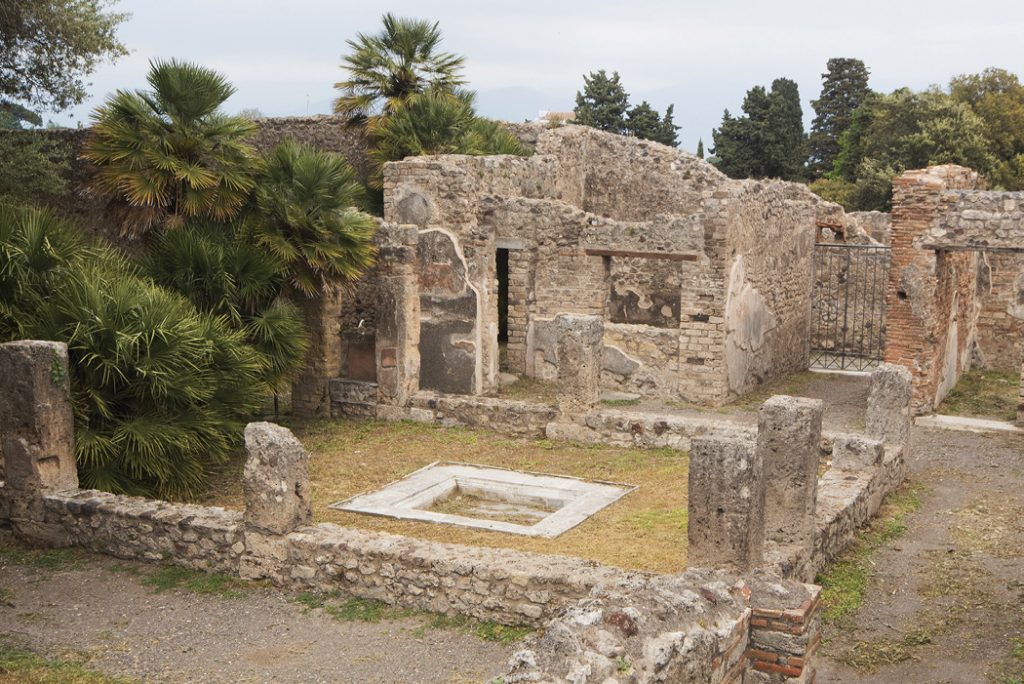 Casa della Regina Carolina. What was once the villa’s atrium can be seen in the foreground.Pasquale Sorrentino

Indeed, during the project’s first two field seasons in the summers of 2018 and 2019 (the one planned for 2020 was postponed due to the coronavirus pandemic), the team found the remains of original plantings and other features that have helped them reconstruct the basic design of the home’s garden as it existed in the first century. Gardens were important to wealthy Roman homeowners; not only would they use them as places to dine, stroll, and entertain guests, they also often served a practical purpose in growing fruit, herbs, and other produce. One particularly exciting find was an intact flowerpot, which indicated that the garden contained rows of miniature trees that had to be extensively pruned, similar to Japanese bonsai. “Creating and maintaining that kind of horticultural effect would have required the work of highly specialized laborers,” says Gleason. Adds Barrett: “Those people were typically enslaved or formerly enslaved—people whose perspectives often go unrepresented in the historical record. So now we have hints about their lives, as well as the lives of the people who owned this property.”

Also significant is their discovery that the garden was built over the remains of a grand house from the Hellenistic period, which likely predates a devastating earthquake that hit Pompeii in 62 A.D., seventeen years before Vesuvius erupted. The researchers were surprised to uncover part of a courtyard wall and flooring made of bits of colored stone, as well as a blocked door that could be that house’s original entrance. The footprint of this earlier structure is very unlike that of the Casa della Regina Carolina as it is known today, suggesting that the layout of the neighborhood—one of the oldest in Pompeii and significantly located near the Forum, the city’s economic, religious, and political center—may have been radically different in the Hellenistic era. “I was digging and digging in this rubble, and then out of nowhere emerged the threshold of this doorway. It was really quite exciting,” says Kaja Tally-Schumacher, PhD ’20, a longtime team member who became the project’s assistant director after earning her doctorate in ancient art and archaeology. “There’s been such limited work done below that [79 A.D.] layer, so this contributes a lot to what we know about the city.”

Moving forward, Barrett, Gleason, and colleagues are currently conducting an analysis of preserved pollen grains recovered at the site to confirm what trees and plants were grown in the garden. Upon their return to Pompeii—either this summer or in 2022, depending on the pandemic—they also plan to dig to deeper levels to learn more about the earlier house. “Pompeii is the archetypical archaeological site—you would assume we know everything about it, but there’s still so much we don’t know,” says Barrett. “We still have so many questions about history and daily life there that this site gives us an opportunity to explore.”