When Jon Stewart's "Daily Show" returned to Comedy Central in January after a two-month hiatus due to the Writers Guild of America strike, his first guest was Cornell ILR professor Ron Seeber—invited to discuss the strike itself. Seeber's appearance sparked debate on campus as to whether it was appropriate for him to cross the picket line (though, technically, he entered through a side door). On the show, Seeber expressed optimism the strike would end despite both sides having dug in their heels. "It's never intractable," he said. "Eventually, they all get solved."

Alum Fights Blast from the Past

In the age of Google, it seems, no skeleton stays in the closet. In January, the Cornell Daily Sun revealed that California lawyer Kevin Vanginderen '83 had filed a $1 million lawsuit against the University in October, claiming that a digitally archived item from the Cornell Chronicle constituted libel and caused him "loss of reputation" and "mental anguish." The item, a two-sentence mention in the Barton Hall police blotter of March 17, 1983, said that campus authorities had charged Vanginderen "with third-degree burglary in connection with ten incidents of petit larceny and five burglaries on campus over a period of a year" and that Public Safety had recovered $474 in stolen goods from him. The Sun reported that Vanginderen confessed to at least ten of the thefts and pleaded guilty to lesser charges.

In his lawsuit, Vanginderen claims that the article is embarrassing and inaccurate, and that since it was posted he has been unable to attract new clients. He told CAM that the case stemmed from a single charge for taking two books from an academic building, and that his misdemeanor plea was conditionally discharged and the case sealed. The Chronicle item, he said, "was blatantly false and libelous, but I was not aware of this article until twenty-four years later when it appeared under a Google search of my name." Cornell officials have countered that posting the online archive does not constitute republication, that the article is not defamatory, and that in any event the statute of limitations has expired. Back issues of the Chronicle went online as part of the University Library's digitization project.

The Chronicle of Higher Education has released the National Association of College and University Business Officers' annual tally of endowments, which ranked Cornell's as the eighteenth largest in the nation. At $5.4 billion at the end of fiscal 2007, the endowment saw a 25.5 percent increase over 2006. But given Cornell's size relative to its peers, its endowment-per-student ranking is much lower—seventy-fourth, according to University spokesman Simeon Moss '73, BA '82. In 2007-08, he says, support from the endowment is providing about 11 percent of the University's budget.

The post-election violence in Kenya forced eight Cornell undergrads and a staff member to evacuate the country in early January. The students were there during winter break as part of Cornell's Health International project, promoting nutrition and HIV/AIDS awareness. When the turmoil erupted, the group—led by staff mentor Amanda Messinger '08, BA '07, a health promotion assistant at Gannett Health Services—fled for the Ugandan border forty miles away and was escorted to the airport by armed security guards. The students did not witness any of the violence, which ultimately took more than 1,000 lives, and made it safely back to the United States.

Applications from aspiring Cornellians are up 7.5 percent over last year, with 32,655 received by the admissions office as of mid-January. Since 2004, they have risen an astonishing 57 percent—in part because of the ease of the online application process. Early decision applications saw a 3 percent hike from last year, to 3,095; as of mid-January Cornell had accepted 1,142 of them, comprising 37 percent of the Class of 2012.

Prospective students in the endowed colleges face tuition, room, and board costs of $48,194, a 4.7 percent increase over 2007-08. But for families in the lower- and middle-income brackets, the burden will be a bit lighter. The same day that the University unveiled the tuition hike, it also announced that it would begin offering grants instead of loans for low-income households and capping loan amounts for those with middle incomes. 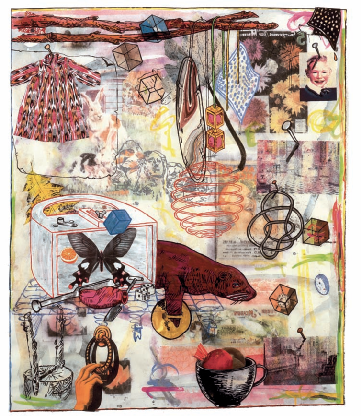 The College of Human Ecology has broken ground on a 290-car garage, the first part of a two-phase project costing $77.7 million. The second phase calls for the construction of an 88,200-square-foot building housing teaching and research facilities as well as an art gallery, design studios, a wood shop, and more. The building, set to open in 2012 on the site of the now-demolished north wing of Martha Van Rensselaer Hall, will feature a large interior courtyard and views of Beebe Lake. Its lead architect is Darko Hreljanovic '77 of the New York firm Gruzen-Samton.

In January, a panel of seven Cornell faculty met at the Grand Hyatt in Manhattan for a public discussion of their scholarship and the connections among their fields. The ninety-minute event, called "Meeting of the Minds," was part of the University's Big Red in the Big Apple weekend celebrating its "Far Above…" capital campaign. The professors were Daniel Huttenlocher (computer science), Peter Katzenstein (international studies), Fredrik Logevall (history), Susan McCouch, PhD '90 (plant breeding), Ralph Nachman (associate dean of clinical research, Weill Cornell Medical College), Maureen O'Hara (management), and Eswar Prasad (applied economics).

The Big Apple event, held at Cipriani's, included hundreds of Cornell faculty, staff, students, and alumni from the Ithaca and New York campuses. President Skorton announced that the capital campaign, launched in November 2006, had passed the halfway mark to its $4 billion goal.

Cornell has revoked its recognition of Sigma Pi fraternity in the wake of an unofficial recruitment party that sent four freshmen to Cayuga Medical Center after a bout of what Vice President for University Communications Tommy Bruce terms "high-risk drinking behaviors." As a result, Sigma Pi must wait a year to reapply for recognition and will be on probation for another year following approval. The decision, Bruce says, "should serve as a clear message that Cornell will not tolerate such irresponsible, dangerous, and illegal behavior." While a Greek house is unrecognized, it must remain alcohol free and cannot host social events.

Tiny touchdown: On Super Bowl Sunday, Cornell nanotechnologists awarded a very, very small trophy in another competition: the Nano Bowl, a contest to create the best short video explaining the physics of football. Built on a silicon chip no larger than a fingernail, the trophy bears images as small as fifty-nine billionths of a meter. 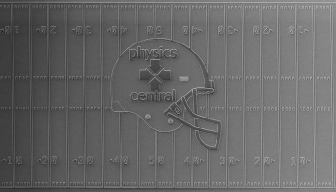