With an unruly mane of white hair, sporting an old T-shirt and shorts and chewing on an unlit cigar, Mike Matthews ’62, BEE ’65, MBA ’66, doesn’t look like your typical corporate CEO. Yet for half a century, he has run Electro-Harmonix—or EHX, as it’s known—one of the most influential brands in the music industry. With $32 million in annual sales, Matthews’s company designs and manufactures effects pedals, amplifiers, and other electronic equipment that has literally shaped the sound of rock and roll. 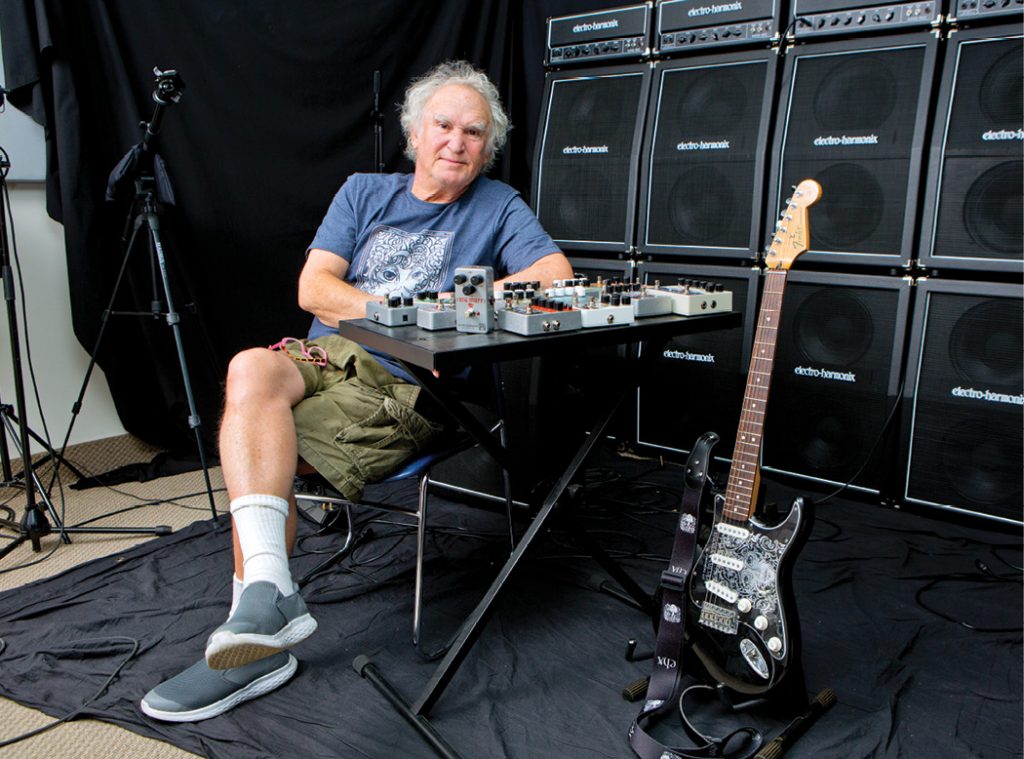 EHX’s famous fans include—to name just a few—Frank Zappa, Todd Rundgren, Jack White, Pink Floyd’s David Gilmour, Aerosmith’s Joe Perry, and the Police’s Andy Summers. Its Deluxe Memory Man pedal is a favorite of U2’s the Edge, while Nirvana’s Kurt Cobain used the Small Clone pedal on many of the band’s hits. During CAM’s visit last fall to the company’s headquarters in an industrial area of Long Island City, Matthews pulls out a copy of a check for the Big Muff, one of its distortion pedals. “Here you can see the guy who bought one from me through mail order back in ’91,” he says, pointing to the name Santana—as in Carlos Santana—at the top.

Now seventy-eight, Matthews is still a hands-on boss; he even sleeps at the office on occasion. He founded EHX in 1968 with $1,000 and built it from the ground up, experiencing highs (promoting Jimi Hendrix, who became an early customer), lows (disputes with labor unions and Russian thugs), and everything in between. “Entrepreneurship is really a talent; you just have to have the natural groove,” he says. “But there’s also a lot of luck, a lot of hard work, and a lot of ups and downs—and you have to fight through the downs.”

Matthews has always been business-minded: as a boy in the Bronx, he’d resell rubber balls he retrieved from sewers and golf balls fetched from ponds. He was skilled at piano, giving solo recitals by the fourth grade. On the Hill, where he majored in electrical engineering, Matthews played keyboard in his own group, dubbed the Dynamos. He also became a concert promoter, booking acts like Chuck Berry, the Drifters, the Byrds, and the Lovin’ Spoonful into Ithaca nightspots, Cornell fraternity parties, and (during summer breaks) large clubs on Long Island. Many artists didn’t travel with a full band, and Matthews would often fill in. He was so good, he says, the Isley Brothers begged him to leave school and go on the road. “They offered me $500 a week,” he recalls, “which was a lot of money at the time.”

One day an agent asked Matthews to put a second act on a bill with Berry. He was blown away by the group’s guitarist—a talented young man named Jimmy James, whom Matthews befriended and later gave some key advice about going out on his own. “He said, ‘My problem is, I can’t sing,’ ” Matthews recalls. “I said, ‘Well, look at Mick Jagger and Bob Dylan. They can’t sing, but they phrase great.’ ” Not long afterward, he recalls, James “left for England, changed his style—and became Jimi Hendrix.”

Matthews stumbled early in his academic career and was asked to leave Cornell due to bad grades; he eventually re-enrolled and earned an MBA on top of his bachelor’s degree in engineering. After graduation, he took a sales position with IBM but was soon drawn back into music. At the time, “fuzz” pedals were hot because of the rough, distorted sound of the 1965 Rolling Stones hit “(I Can’t Get No) Satisfaction.” While holding down his day job, Matthews collaborated with a technician who was making versions of these pedals; when his partner dropped out, Matthews had them manufactured at a facility in Queens and began selling hundreds to a major guitar company every few weeks. He next teamed up with a Bell Labs designer, who created a power booster that maximized the volume of guitar amplifiers. The success of that device—still sold today—helped Matthews launch EHX.

The company took off fast, hitting $300,000 in annual revenue by 1970. Matthews was determined to double sales every year, pushing his design studio to invent more and more products. But by the early Eighties, EHX was having difficulties: it had expanded too quickly and was facing stiff competition from Japan. Matthews also ran into trouble with a New York City labor union that, in an effort to organize his workers, held tumultuous demonstrations outside the factory. “They were pelting our people with eggs and beating them up,” he says. The union backed off when a TV news station captured the beatings on camera, but the bad publicity took its toll, and Matthews was forced to shutter the firm in 1984.

A few years later, he started buying and reselling Russian-made vacuum tubes, a key component in achieving a certain tone in guitar amplifiers and hi-fi stereos. He eventually bought a factory in the southwestern city of Saratov—though he later had another battle on his hands when he refused to sell it to a Russian company. Vandals started breaking in and causing damage, and the factory’s power was cut off. Outlets like the New York Times covered the conflict, and Matthews fought back in court and won; he still owns the plant. “It’s a niche market,” he says, “but we sell probably about a million tubes a year.” That endeavor helped Matthews revive the company, and EHX is now thriving with a mix of classic products and newer ones like a recently launched line of earbuds and headphones.

Surprisingly, despite five decades in the business, Matthews isn’t nostalgic about his legacy. When asked to contemplate his company’s impact on rock music, he demurs. “People always ask, ‘What are your favorite products?’ ” he says by way of response. “My favorite products are what sells.” 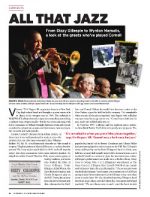 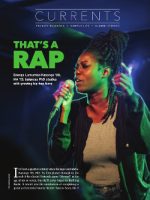 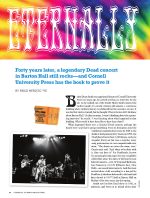