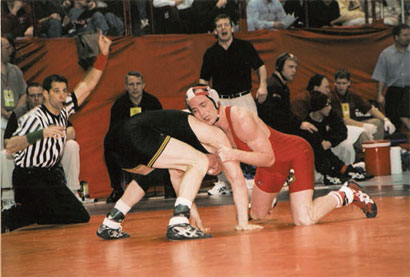 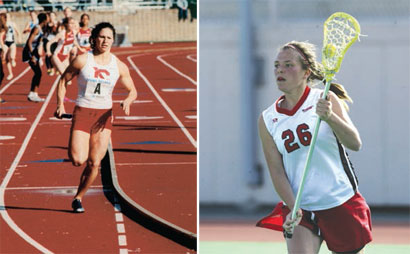 OVERALL EXCELLENCE Reaching a level usually reserved for the richest college athletic programs in the country, Cornell cracked the top 20 of the Capital One Cup standings, which are based on NCAA championship results and season-ending coaches’ polls. The Big Red placed 18th among Division I men’s programs, tops in the Ivy League and second among Football Championship Subdivision schools nationwide.

ALL-AROUND SKILLS Quarterback Jeff Mathews ’14 is earning attention for his efforts both on and off the field. Already the holder of almost every Cornell passing record, Mathews was one of 20 players tabbed as ones to watch for national player of the year honors and appeared on several preseason All-American lists. He was also named a candidate for the American Football Coaches Association Good Works team for his community involvement, which includes work with Big Brothers Big Sisters and Susan G. Komen for the Cure. Last spring, Mathews joined a group of Big Red athletes involved with the Fellowship of Christian Athletes on a trip to Wilmington, Delaware, to assist disadvantaged youth.

FULL PLATE Cornell Athletics didn’t have to look far when it chose to appoint its first coordinator of sports nutrition. Clint Wattenberg ’02, BS ’03, was named to the post less than a week after he was announced as a new member of the Cornell Athletic Hall of Fame. A two-time All-American, Wattenberg has been a nutrition specialist for the Cornell Healthy Eating Program for the past two years and will split his time between those duties and the athletic department. 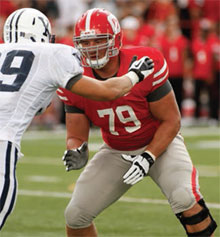 TOUGH BREAK After being selected in the fourth round of the 2013 NFL draft by the Green Bay Packers, J. C. Tretter ’13 saw his hopes for a strong rookie season dashed when he broke his ankle on the first day of a May mini-camp. He may miss the entire season. A second-team All-American at left tackle, Tretter was the first Big Red player drafted since Kevin Boothe ’05 went to the Oakland Raiders in 2006. Tretter’s teammate Luke Tasker ’13 signed a free-agent contract with the San Diego Chargers after earning first-team All-Ivy honors and setting single-season school receiving records with 1,207 yards and eight touchdowns. 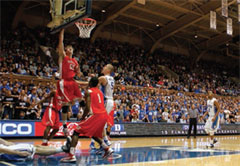 MULTIPLE MEDALISTS Forward Eitan Chemerinski ’13 was a member of the gold medal-winning United States men’s basketball team at the Maccabiah Games in Israel in July. The U.S. went 6-1 in the tournament and beat Argentina 85-76 in the final to avenge its only loss. The U.S. junior team, coached by Yanni Hufnagel ’06, currently an assistant coach at Vanderbilt, finished second, losing to host Israel 71-62 in the title game. Other Cornell medalists included fencer Michelle Verhave ’80, who won a silver medal in the masters foil and bronze in the masters epee, and rower Caroline Post ’10, BFA ’11, who earned bronze in the female double sculls.

B-BALL EXECUTIVE The new president of the NBA’s Sacramento Kings is Chris Granger ’93. He was named to the position in July after spending 14 years working in the NBA offices, including his most recent job as vice president for team marketing and business operations. He will oversee a Kings organization that sold for an NBA record $525 million in May.

ROWING RESULTS At the Under-23 World Championships in Linz, Austria, Ned Benning ’16 brought home a bronze medal in the men’s four; his boat was third in the heats and second in the repechage. Leigh Archer ’13 took seventh in the women’s pair, while Colin Farrell ’05, now an assistant coach at Penn, coached the men’s four boat to a sixth-place finish.

COACHING CHANGE Former Big Red defensive back Emani Fenton ’11 has joined the Kansas City Chiefs as a coaching assistant after two seasons on the Cornell football staff. He was the team’s defensive backs coach in 2011 before serving as inside linebacker coach and recruiting coordinator in 2012.