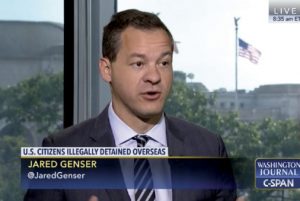 Jared Genser ’95 specializes in securing the release of political prisoners, and a big part of his job is keeping his clients’ stories in the public eye. But lately the international human rights lawyer has found himself in the spotlight. In November, he was one of three people (out of more than 2,000 nominees) to win a $50,000 Tällberg/Eliasson Global Leadership Prize, given annually to recognize work that is “innovative, courageous, rooted in universal values, and global in implication.” And later this year, he’s set to be the main character in a TV series about his life and work, to run on Amazon Prime. “It’s going to be about a fictional Jared Genser—one who is far more handsome than me—who travels the world freeing political prisoners,” explains Genser, who is advising the as-yet-untitled show’s writers and working closely with its executive producer, actor Orlando Bloom.

While the Human Ecology alum says the series’s creators will be allowed “a lot of dramatic license,” the source material is dramatic enough—just ask Peter Biar Ajak, a South Sudanese democracy activist and political dissident imprisoned on trumped-up charges by that African nation’s president in 2018. Ajak’s friends mounted a campaign to free him, eventually connecting him with Genser (both are alumni of Harvard’s Kennedy School of Government, from which Genser earned a master’s in public policy in 1998), who brought his case before the U.N. Working Group on Arbitrary Detention. “Somebody like him needs to be on the front lines fighting for freedom, democracy, and human rights,” Genser told the BBC in February 2019, “not arbitrarily detained in a modern-day hellhole in clear violation of his rights under international law and for crimes he did not commit.”

Ajak spent nearly two years in prison before being allowed to flee to Kenya last year. But as Ajak describes it, he was still in danger—pursued by South Sudanese operatives who watched his apartment building at all hours, waiting for an opportunity to abduct him. Genser pulled all-nighters to secure him and his family asylum in the U.S. this past summer—no easy feat given pandemic-related travel restrictions. “Jared was really instrumental,” Ajak says, recalling the way Genser helped the family through the visa process and mobilized Congressional support. “People know that if Jared is standing up for somebody, their case must be compelling. And he’s very persistent—he’s not afraid to knock on any door and do whatever is best for his client.” 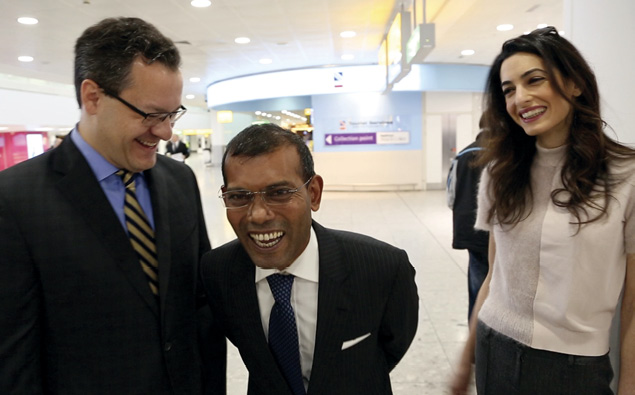 Genser with co-counsel Amal Clooney (right) and client Mohamed Nasheed (center), former president of the Maldives, who had recently been released from prison, where he’d been held on fabricated terrorism chargesProvided

Ajak, who is now living safely in Maryland, is just one of more than 300 political prisoners whom Genser has helped over the past two decades, beginning when he was a law student at the University of Michigan. It was there that he started a nonprofit called Freedom Now, which he continued as a pro bono project while working as a government relations lawyer in Washington with the firm DLA Piper. In 2011, Genser left to start his own firm, Perseus Strategies, where he now focuses full time on political prisoners and human rights.

Genser’s legal efforts involve filing briefs, petitions, and complaints with U.N. agencies and negotiating with the governments holding his clients. But representing political prisoners also requires him to be a lobbyist—he maintains an extensive network of government, nonprofit, and political contacts whose support can be crucial—and a media relations expert, holding emotional press conferences with family members and helping his clients place op-eds in U.S. and international newspapers. “He uses a wonderful amalgam of legal initiatives, strategic action, and communication skills to secure his objectives,” says Irwin Cotler, a Canadian law professor and former member of Parliament who founded the Raoul Wallenberg Centre for Human Rights in Montreal and who has known and worked with Genser for two decades. “Underpinning that is a kind of moral courage, which you have to have to deal with some of the worst injustices on the planet today.” 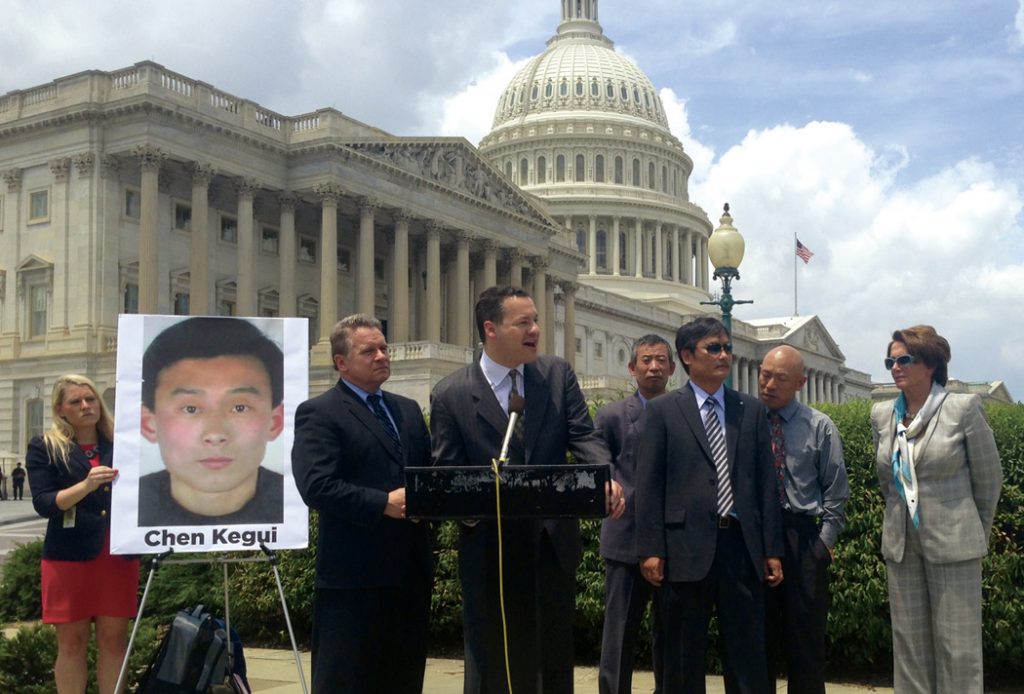 Genser (at microphone) speaking at a press conference on Capitol Hill in June 2014, urging the release of a client detained in ChinaProvided

Lately, Genser has shifted some of his focus from representing individual clients to improving the international community’s ability to respond to and prevent human rights violations. In October, the Organization of American States designated him a special adviser tasked with “analyzing, studying, and debating” ways to help the international group prevent and respond to atrocities in the Western Hemisphere. He is also working with a former U.N. High Commissioner for Human Rights to advise that global body on reforming its enforcement system.

If the twentieth century was about building a legal framework for human rights beginning with the 1948 Universal Declaration, Genser says, “the twenty-first century challenge is closing the gap between these commitments and actual practices.” But while there’s clearly work to be done on that front, he believes that the state of human rights globally is on an upward trend. “And what inspires me every day are the people I represent,” he says, “and their courage in standing up to dictatorships, despite the fact that it could put their very life and freedom at risk.”