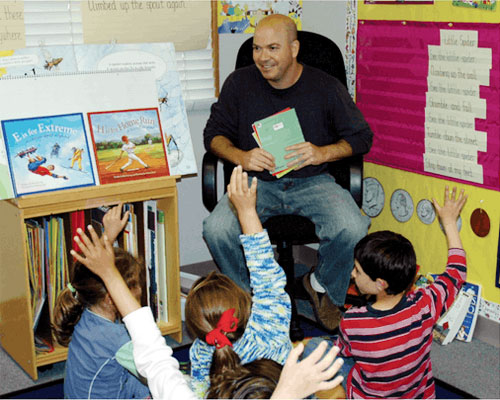 My favorite quote about imagination comes from George Bernard Shaw: “You see things, and you say, ‘Why?’ But I dream things that never were, and I say, ‘Why not?’ ” It’s a declaration of possibility—the sort of sentiment that drives people to write books.

I’ve written (and have had published) several dozen of them, fiction and nonfiction, for all ages—from thirty-two-page picture books to 400-page travel memoirs to a coffee table tome about the U.S. presidents. In the two decades since my first book hit the shelves, publishing has changed dramatically, for better and worse. E-readers and online retailing have altered the tactile connection between writer and reader, while at the same time upping the chances of there being any connection at all. Consolidation among booksellers and publishers has endangered traditional independents in both arenas, but new technology has made the ultimate in independence—self-publishing—much more accessible. Everyone has a story; now anyone can tell it.

But the act of writing a book? That hasn’t really changed. And it is a triumphant act. To write a book is to create something from nothing. J.R.R. Tolkien’s Middle-Earth was once an empty sheet of paper. John Irving’s Owen Meany was a character without form. Truman Capote’s In Cold Blood was just a percolating notion.

Is everything derivative? Possibly. But that ship sailed with Odysseus. As Kurt Vonnegut ’44 put it, “All great storylines are great practical jokes that people fall for over and over again.” But everything can be fodder, too. It’s just a matter of tilting your head at the world and putting your nose to the grindstone.

To write a book is to summon self-confidence, a writer’s most important attribute. Even among the greats, though, it can be elusive. Again, I’ll quote Vonnegut: “When I write, I feel like an armless, legless man with a crayon in his mouth.” On the other hand, Toni Morrison, MA ’55, has said, “If there is a book you really want to read, but it hasn’t been written yet, then you must write it.”

And yes, anyone can try. A common refrain that authors hear from their friends and acquaintances is, “I was thinking of writing a book.” According to legend, one author, who heard it from a neurosurgeon at a cocktail party, responded, “You know, I was thinking of trying brain surgery.”

But a would-be author’s most imposing challenge is actually a cousin of confidence—courage. To write a book is to risk derision. The Internet has in some ways been a boon to publishing, but it is also a magnet for mean-spirited commentary, much of it anonymous. Most authors will tell you that the scathing review is the one that lingers in the psyche, like Boo Radley in the shadows.

To write a book, then, is a rather brave act of optimism—but the difference between your work being noticed and ignored can boil down to luck.

And there is an even greater horror—silence. More than 300,000 books are released by traditional publishers in the U.S. each year, and many thousands more are self-published or disseminated through non-traditional means like print-on-demand. Breaking out of the pack—critically and commercially—is a daunting task. Usually, I’m grateful if people read the darned thing at all, even if they echo Woody Allen’s less-than-committed summary of War and Peace: “It involves Russia.”

To write a book, then, is a rather brave act of optimism—but the difference between your work being noticed and ignored can boil down to luck. States of Mind, the first of my three travel memoirs, was rejected by some twenty major publishers before a tiny North Carolina-based press took a chance on it. It received little attention until I happened to appear as a contestant on the TV game show “Who Wants to Be a Millionaire” at the peak of its popularity in 2000. My thirty seconds of chatting about the book with Regis Philbin extended my fifteen minutes of fame. The book (briefly) shot up to number two on Amazon’s bestseller list, behind a young-adult novel about a boy wizard. I was interviewed by Oprah and Matt Lauer and People. USA Today actually printed these words: “Brad Herzog. Remember the name. He just might be the next Stephen King or John Grisham.” When I returned home to my little California town, I was presented with the equivalent of the key to the city.

States of Mind was, indeed, that small press’s bestseller of the year, and it won an award for “best concept” among all books from independent publishers. But the attention was short-lived and the earnings were modest. My follow-up travel memoir, Small World, became an orphan: my editor—this time, at a big New York publishing house—left her job before it was released, leaving no one to champion it. Sales were dismal. For my third travelogue, Turn Left at the Trojan Horse (about my cross-country journey back to Ithaca for my 15th Reunion), I found myself back with a small publisher.

So to write a book is also to ride an ego roller coaster. Fifteen years later, USA Today’s words about me have a “Dewey Defeats Truman” quality to them. And the town that celebrated me? As I was walking my dog a few months ago, I was stopped by local police because I resembled someone they were looking for: a belligerent panhandler. That was, to say the least, humbling. Of course, my first thought was that there’s a story in this somewhere. My second was that I need to shave more often.

I still have to fight for attention—from literary agents, from publishers, from bookstores, from readers inundated by options. I write in various genres not only because my interests are broad—my current projects include a picture book about an Apollo astronaut and a fantasy novel for middle-grade readers—but because, like most authors, I have to cobble together a living. So I also blog and do magazine articles and speak to school groups. As I write this, I’m stealing glances at my latest royalty check for Turn Left at the Trojan Horse. It’s for $9.76. My agent took 15 percent.

Finally, a few years ago, my wife (Amy Hillsberg Herzog ’91) and I decided it was time to drive the roller coaster, and we started our own publishing venture. With everyone wondering if print books are dying, it feels a bit anachronistic, but we like to believe we’re bettering the world one page at a time. Genre-hopping as usual, we have published a picture book about golf, the memoirs of civil rights icon Carolyn Drucker Goodman ’36, an examination of how to fix Congress, even a couple of fantasy novels written by my precocious adolescent son. The books have high production values and are distributed coast to coast, and some of our titles have garnered national publicity. We’re selling books, slowly but surely.

Driving each project is the creative impulse that Shaw so eloquently articulated—and in fact, his quote inspired the name of our company. It’s called Why Not Books.

Two newlyweds, an RV, and a winding mountain road

In States of Mind, his first travel memoir, Brad Herzog ’90 recounts the 314-day, forty-eight-state round trip that he and his wife, Amy Hillsberg Herzog ’91, took in the mid-Nineties. In a Winnebago they dubbed the Rolling Stone, they visited small towns with evocative names—Hope, Comfort, Triumph—and sought out stories that reflected those sentiments. In the chapter on Love, Virginia, Herzog reflects on the highs and lows of the open road.

The plan was this: We would climb aboard the Blue Ridge Parkway at its southern terminus in the Great Smoky Mountains of North Carolina and cover almost every one of its 469 miles as it headed toward Virginia’s Shenandoah National Park. We would ride the ridges of the southern Appalachians past high pastures, deep hollows, and meandering mountain streams. We would pass points of interest with evocative names like Crabtree Meadows, Cumberland Knob, Grandfather Mountain. We would travel through one of the world’s great forests—spruces and firs, birches and beeches, maples and oaks, eastern hemlocks and white pines; and past wildflowers in full bloom—the Dwarf Iris, the Birdfood Violet, the Mayapple. We’d see small farms with picket fences and rows of beans or cabbage or tobacco. We’d smell the faint scent of apple butter and hear the distant sounds of fiddles and banjos and dulcimers. Sixteen miles before the road’s end, we would turn off at a mountain hamlet resting along the crest of some of the world’s most ancient peaks, ending with a bang at a town called Love. That was the plan. 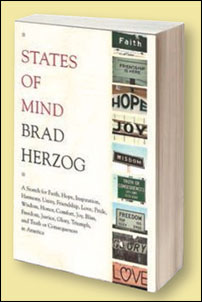 Reality was nine miles and a whimper.

We had somewhat overestimated the Rolling Stone’s ability to conquer a steep uphill. We had grossly underestimated its size. The manual stated we were eleven-and-a-half feet tall. As we approached a series of tunnels along the inaugural stretch of the parkway, a stretch we could have jogged faster than we drove, it felt like putting a square peg in a round hole. The sign before the first tunnel claimed it was twelve feet tall. We pushed through. Minutes later, the next tunnel said 11′ 6″. We held our breath, stuck to the center and made it. The next one was 11′ 0″. I eased the RV up to the entrance, Amy stepped out to measure peg and hole, and somehow we squeezed our way through. When the color returned to our faces, we made a joint decision: screw the parkway.

We exited the two-lane serenity and set out for a trio of leisure-be-damned interstates. I-40 took us east through the heart of North Carolina. I-77 brought us north into Virginia. I-81 combined both directions and led us to our base camp in the town of Natural Bridge. The following day, we unhooked our car and, like Rosie Ruiz rejoining the 1980 Boston Marathon after taking a subway most of the distance, we returned to the fabled parkway having bypassed more than 400 scenic miles.

It was still worth it. From a distance, the mountains of the Blue Ridge appear soft and rounded, like a heap of green cotton balls. But when you drive into them, you see all the sharp edges and vibrant colors. What appeared to be one deep lime hue is revealed as countless complementary shades of the same, accentuated by the sharp whites of blooming dogwoods. The parkway was a tunnel of trees, sunlight filtering through a canopy of leaves, and then, every once in a while, a dramatic emergence and a view of a vast valley below. The Appalachians aren’t as tall as younger mountains like the Rockies, not even half the size, but they’re quite steep, many summits towering as much as 4,000 feet above the valley floor. It was a lesson in the relativity of grandeur.

From STATES OF MIND, published by John F. Blair. Copyright © 1999 by Brad Herzog. Reprinted by permission of the author.