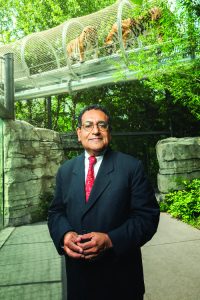 Rounding a corner toward the Meerkat Maze, Philadelphia Zoo president and CEO Vik Dewan ’76 bends down to pick up an empty water bottle and a discarded food wrapper. “We never walk past trash,” he says with a smile, stopping to slip the detritus into a garbage can. It’s a gorgeous Tuesday afternoon in mid-April, and the sun is shining on the crowds admiring the cadre of small, Disney-esque mammals ambling and lounging within a labyrinth of screened-in tunnels. Atop a platform, one meerkat is standing on its hind legs, surveying the scene. “They have a social structure where one is always on sentry lookout, and then they pass off,” explains Dewan, who double-majored in economics and government on the Hill after transferring from Hamilton College as a junior. “Later, another will come up and take this one’s place.”

Dewan is clad in dress slacks, an Oxford shirt, and a golden yellow tie decorated with elephants and cats—one of a rotating roster of animal-themed neckwear he sports daily. The zoo’s leader since 2006, he has spearheaded numerous innovations during his tenure, the most visible of which has been this ever-expanding system of enclosed trails, designed both to benefit the animals and give visitors more eye candy. While the meerkat habitat is at ground level, four other trails are elevated—offering an ingenious solution to the space constraints inherent in a forty-two-acre urban campus that’s bounded by a river on one side and Amtrak rail lines on another. “Acquiring more land isn’t feasible, so we started to think about using the third dimension of height for our animals to move through,” says Dewan, noting that the novel system is being emulated by more than a dozen other zoos in six countries. “One of the things we’re most proud of is turning the thing that people thought of as our greatest weakness—our size—into perhaps our greatest strength.”

A trio of one-year-old lemurs frolic and snuggle in an elevated tube, enchanting the crowd. A six-year-old orangutan, wearing a beach towel “cape” like a kid playing superhero, scrambles effortlessly up a high tree. A puma lounges contentedly on a bridge above a pedestrian walkway, prompting stroller-pushing families to stop and point upward in delight. As Dewan describes it, the campus’s innovative layout—dubbed Zoo360—allows the animals to tap instinctive behaviors and live more contented lives. “Cats love being above you, whether it’s your housecat or this cat,” says Dewan, whose office background noise is the insistent chatter of flamingos. “It’s natural for them to feel dominance over human beings, and most zoos don’t give them that. We allow them to exercise part of what defines them as an animal.”

CLOSE ENCOUNTER: Visitors admire one of the big cats.

A veteran of the commercial banking industry who holds an MBA from Penn’s Wharton School, Dewan was an unconventional choice to lead the nation’s oldest zoo (opening date: July 1, 1874). While a lifelong animal lover—he and his wife currently have five dogs, four cats, and other assorted critters—he didn’t come to the job with professional experience in zoos or nonprofits. But the zoo’s board was seeking a leader who could put the institution on a sound financial footing—and in any event, Dewan says, there’s increasing crossover between how the commercial and nonprofit sectors are run. “The not-for-profit world has become a lot more attentive to issues of good governance—more focused on impact, outcomes, measurements, and being clear about who you serve and why you exist,” he says. “And the for-profit world is moving away from simply looking at return on shareholder value. They care about their policies around their employees; they think about their reputation, their social impact.”

During his eleven years on the job, Dewan has seen attendance rise to record levels; the zoo is on track to welcome some 1.3 million visitors in 2017, making it by far the city’s most popular ticketed attraction. In contrast to a typical nonprofit’s heavy dependence on philanthropy and endowment payout, he has led a push to generate 100 percent of operating expenses from earned income, allowing donations to be funneled to programming and capital improvements. (The figure was in the low 70s when he arrived, he says, and is now at 94 percent.) He has also been advocating an expansion of the zoo’s public transit access by reviving a long-defunct regional rail station nearby. “This part of Philadelphia was never designed to have this many visitors, and the ramps off the expressways can’t handle it—on top of which, we just can’t keep building garages. It’s not the right answer,” he says. “And we happen to be surrounded by neighborhoods that have very high unemployment. Transit will give people the opportunity to go to where the jobs are.” 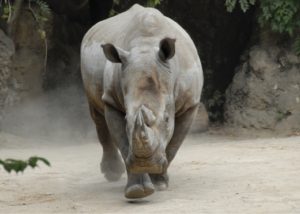 Talk to the Animals

During his tenure at the zoo, Dewan has developed special relationships with some of the animals. He was extremely fond of Kira, a Siberian tiger who arrived in Philadelphia as a one-year-old in 1998. Dewan visited her daily from the time he took the job—she had cubs his first year—until her passing in 2014 at age seventeen. “She was one of the most beautiful animals I’ve ever seen,” he says. “In her lifetime she probably amazed 12 million people. How many of us can say that we moved somebody’s emotions 12 million times? But she did.” These days, he’s especially tickled by the fact that the zoo’s 4,800-pound white rhino, Tony (above), clearly recognizes him whenever Dewan gets near his enclosure. “He has terrible eyesight but terrific hearing. You could be 100 yards away and he can hear you and recognize your voice; you can see him waggle his ears,” Dewan says with a smile. “There’s something really special about that.”

Stopping by the big cat exhibit—home to six species including lions, jaguars, and leopards—Dewan is pleased to see a crowd crammed shoulder to shoulder for a glimpse of a tiger strolling languidly just inches away from the large window. “That kind of proximity will never occur anywhere else,” he says. “There’s just that glass separating the public from this amazing animal, getting close enough that people can almost smell its breath.” He points out a young girl who’s avidly trailing the cat with a video camera. “She might become a wildlife biologist someday,” Dewan says. “Seriously—you hope that something like this could inspire her to think about her life and her career in that way.”

He goes on to outline one of the zoo’s fundamental aims: to instill a desire to protect animals and their habitats—which is to say, to safeguard Earth’s biodiversity. “We don’t think that can happen by just sitting on your couch and watching Animal Planet,” he says. “In a world where people are questioning everything, they’re asking, ‘Why do we need zoos when you can see everything online?’ We believe that nothing can take the place of this experience. Some people have the opportunity to travel the world and see animals, but the vast majority of our populations in urban centers do not.” 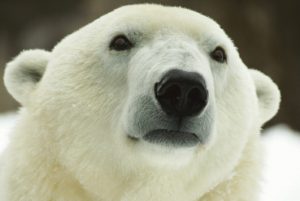 As the care of zoo animals has become more sophisticated, they’re living longer and longer—and as a consequence, they’re increasingly facing diseases of old age more commonly associated with humans. According to Dewan, the Philadelphia Zoo has some of the most geriatric animals in the country, including America’s oldest polar bear: thirty-six-year-old Coldilocks (above), born in Rochester, New York, in December 1980. “We’re seeing animals at ages we’ve never seen before,” he says. “We’re seeing lions with glaucoma and primates with early-stage Alzheimer’s. We’re seeing animals lose their hearing but manage to adjust.”

As he continues his tour of the zoo, Dewan repeatedly points out the multi-cultural, multigenerational crowd. On this random weekday, there are visitors of myriad ages and ethnicities; a veritable U.N. of languages is overheard (reflecting, he says, not international visitors so much as first-generation immigrants); some women are clad in shorts and T-shirts, while others wear full Islamic robes covering all but the eyes. “If you take ten seconds and look around, you’ll see that this is the most diverse audience of any organization in Philadelphia, bar none,” he says. “We draw from every single zip code, every ethnic background, every economic and demographic group.” In addition to its missions of conservation and recreation, in other words, Dewan sees his institution as something even more rarified: a modern-day agora. “Zoos play an important role as places where people interact not just with animals, but with other people,” he says. “In a society where we’re increasingly divorced from one another—where we’re spending much more time behind screens—these meeting places are few and far between. For people who don’t think zoos should exist, we say: come and see ours.”