Cornellian pals Dan Leyva ’14, Kevin Mok ’14, Raunak Nirmal ’14, and Michael Wang ’07 have fond memories of Wings Over Ithaca, the popular local branch of the national chain of chicken restaurants. The eatery—located at East Hill Plaza during their undergrad days—was their favorite place to order from while studying, watching sports, or just hanging out with friends. In fact, Leyva says one reason he brought his car to Cornell was so he didn’t have to wait for delivery. So when the friends learned in October 2016 that the restaurant had closed after its owner was charged with tax evasion, they immediately texted each other to commiserate. The four also began to joke about how they should buy the Ithaca franchise. “Very quickly it turned into a serious idea,” says Leyva. “Twenty-four hours after that text, we were having a conversation with the founders of the company.” 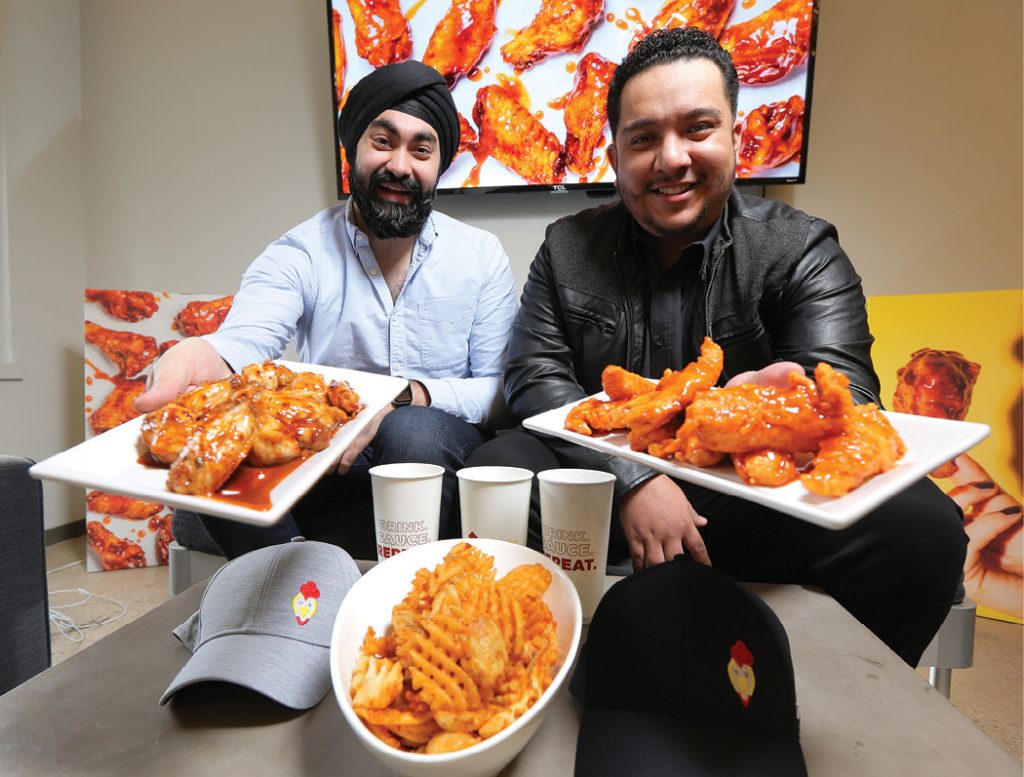 Dan Leyva ’14 (right) and Raunak Nirmal ’14, half of the team that bought the Wings Over restaurant chain, at the company’s offices in New York CityJohn Abbott

The friends re-opened Wings Over Ithaca just five months later, and within a year they’d purchased the entire corporation—which started in 1999 with a shop in Amherst, Massachusetts, and now has forty-one locations in fifteen states. Since then, they’ve redesigned restaurants, updated the company’s web-site and uniforms, and created a mobile app. One thing they haven’t tinkered much with is the menu, which allows patrons to customize wings with their choice of twenty-five sauces and dry rubs, ranging from garlic parmesan (faves of Wang and Nirmal) to honey mustard (Mok’s pick) to citrus chipotle BBQ (Leyva’s go-to). The chicken is fresh—never frozen—and hand-breaded and cooked to order. “We want to keep the menu simple,” says Leyva, “but do everything on it really well.”

He and his partners note that their educational and professional backgrounds made them well suited for the venture. Leyva and Mok are Hotelies, Wang majored in applied economics and management in CALS, and Nirmal studied operations research in the Engineering college. Mok and Wang (who graduated seven years apart) met through their work in finance; Wang has managed multiple hedge funds and invested in the restaurant and tech industries, while Mok runs his own hedge fund. Nirmal founded a company that builds third-party Amazon sellers into larger brands. Leyva has helped grow an NYC-based taco chain from one store to multiple locations; he also assisted with the launch of Ithaca Hummus—now sold nationwide—and the lunch subscription service MealPal.

The quartet were holding down full-time jobs in Manhattan as they worked to reopen Wings Over Ithaca. Their first order of business: find a location closer to campus. They secured contractors to renovate the space (on Dryden Road in Collegetown, just uphill from the Plum Tree Japanese restaurant) and rehired the restaurant’s former managers. But the friends faced some unexpected challenges: as Wang explains, they didn’t receive the resources—such as guidance on training, marketing, and operations—that restaurant franchisees typically get from their parent company. They weren’t even given the sauce recipes; Wang says they had to get them from the old management team and by contacting other franchisees. “That was one of the first signs that this wasn’t a franchise system that was operating at the best it could be,” he says. 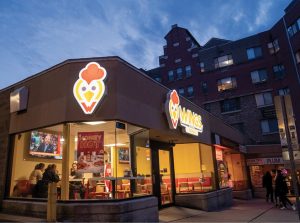 Wings Over Ithaca is now located on Dryden Road in Collegetown.Casey Martin

When the new restaurant opened its doors in March 2017, the four were thrilled to see long lines. They had ideas about how to further improve Wings Over’s look, service, digital presence, and more—but as mere franchisees, they didn’t have the authority to make such changes, and the company didn’t seem interested in pursuing them. Still, the friends saw huge potential in the overall concept. Says Nirmal: “We knew we could take this franchise to the next level.”

They approached the parent company about a possible sale and acquired the company in October 2017. With Leyva tapped to run day-to-day operations from offices in downtown Manhattan and the others serving as board members, the group immediately launched a Wings Over reboot. They hired a design firm to craft a clean, modern décor highlighted by white countertops, colorful seating, and digital menu boards. They instituted a company-wide training program that focused on service and a more inviting dining experience. The four also aim for each location to be engaged with the surrounding community, encouraging franchisees to sponsor sports teams, host neighborhood events, and get involved with local fundraisers. “We wanted to create a family-friendly environment and get away from some of that masculine branding that wings places can sometimes have,” says Leyva, whose official title is Chief Wing Officer.

Along the way, the partners have closed some franchises, taken over others, and opened corporate-owned restaurants in places like Knoxville, Tennessee; College Park, Maryland; and South Bend, Indiana. The company is slowly rolling out the redesign to existing stores across the country and hopes to add about 100 more corporate and franchise locations in the next few years. They’re targeting not only college towns—a market where the company has long been successful—but suburban areas as well. “It’s like a cult favorite,” says Mok. “Sometimes I’ll wear a Wings Over hat or jacket, and people will stop me and freak out, because it was one of their favorite places to eat in college.”