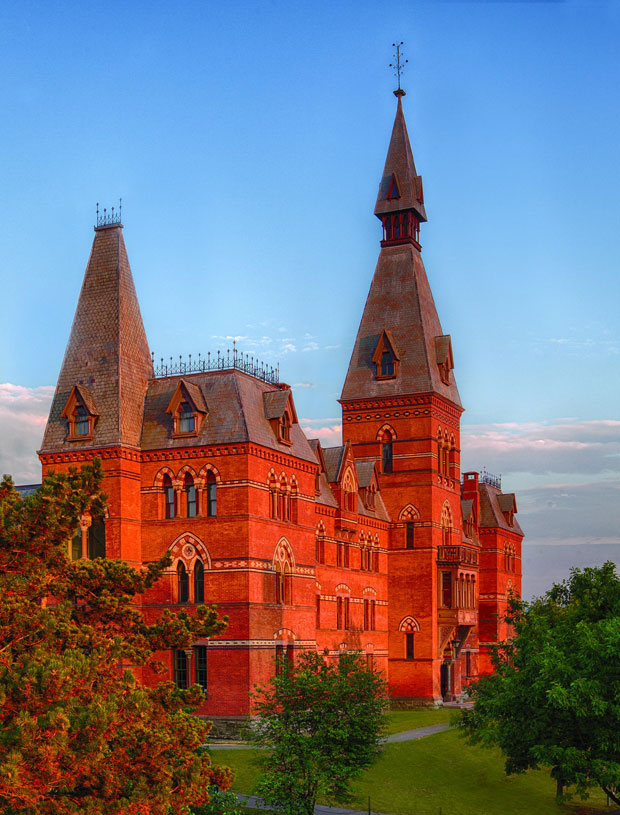 Two Sages: The exterior of Sage Hall, home of the Johnson School, and a wide-angle view inside Sage Chapel

In 1983, Alan Nyiri came to the Cornell campus for the first time. “I was immediately impressed by the exciting and ineffable quality of the place,” he writes in the preface to the new book Cornell: Tradition, Inspiration and Vision. Nyiri returned frequently to Ithaca, and in 1998 he accepted a photography assignment from the Cornell Store that yielded a book called Images of Cornell. In 2010, when he was asked to update the volume, he decided to take an entirely different approach. 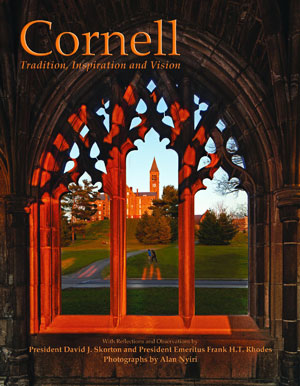 The campus had changed a great deal since 1998—and so had photography. Film had been supplanted by digital images, which opened a new range of expressive possibilities. “From its inception, I envisioned a book not just about Cornell’s buildings, or its campus, or its history,” writes Nyiri. “I saw an opportunity to finally put my shutter finger on that special quality which we all recognize as making Cornell the unique educational opportunity that it is for the citizens of the world.”

The means for expressing that “special quality” was a digital photographic technique known as High Dynamic Range Imaging (HDRI). Many of the photos in the book were created using HDRI, which combines a series of digital images taken at different exposures to produce a final composite that’s strikingly vivid—almost surreal. Further enhancement is done with software that “tone maps” images. “The overall effect created by either the use of HDRI compositing or tone mapping can be controlled to look like a traditional photographic image, or to achieve an ultra-realistic, highly textured look,” explains Nyiri.

Along with Nyiri’s new images, Cornell: Tradition, Inspiration and Vision includes historic photos as well as some recent shots from Cornell Athletics, all of them orchestrated to provide a panorama of the University’s many different aspects. Some are reworkings of familiar views, seen in a different light, while others—such as the shots of Milstein Hall and Rhodes Hall—look like glimpses into the future. The book begins with two appreciations, written by President David Skorton and President Emeritus Frank Rhodes, and scattered throughout are quotes from students, faculty, staff, and alumni that enhance the themes of tradition and inspiration. There are more than 200 photographs in all, and the combined effect is like a journey through Cornell’s history from the founding to the present—and perhaps a bit beyond.

To order a copy, go to: cornell.indiebound.com/cornell-tradition-inspiration-vision 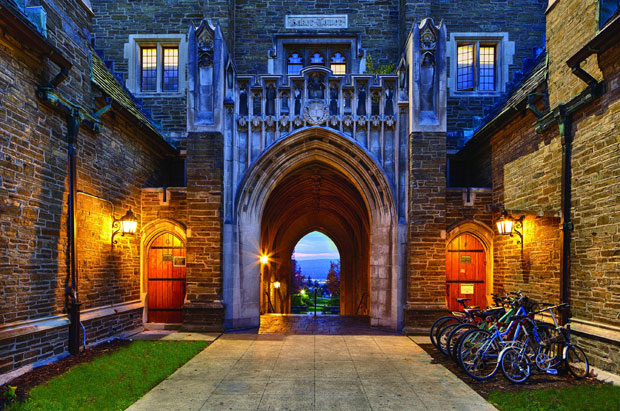 Above and beyond: The book features a four-panel panorama of the Arts Quad (top) as well as
atmospheric interior shots of the Milstein Hall auditorium (middle) and the Uris Library reading room. 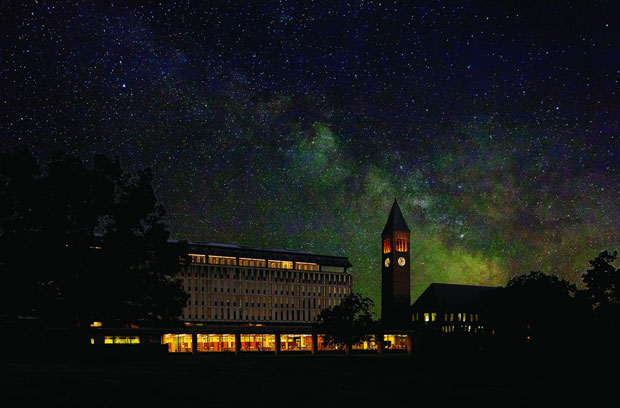 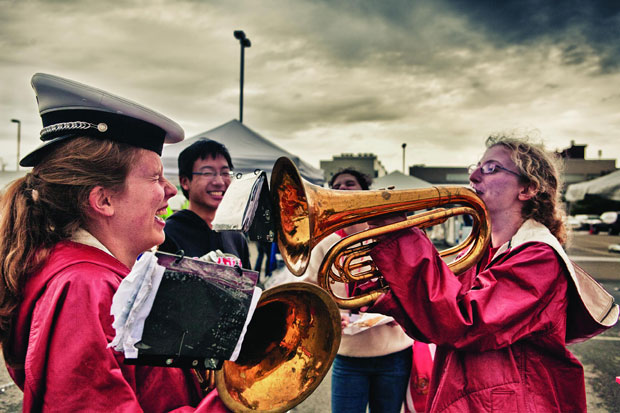 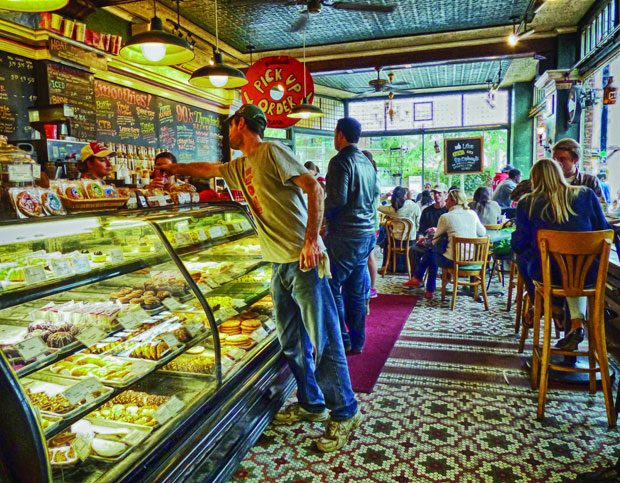