The Road from Gap Creek 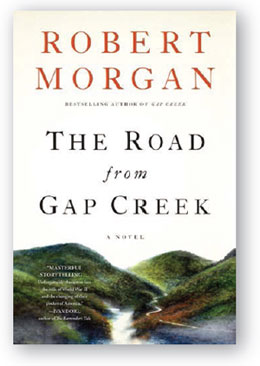 In the sequel to his novel Gap Creek, Morgan, the Kappa Alpha Professor of English at Cornell, continues the chronicle of the Richards family in the voice of Annie, the youngest daughter. She begins the story in 1943 with the news of her beloved younger brother’s death in World War II, an event that brings forth memories of her siblings Effie, Velmer, and Troy, her mother’s struggles to bring beauty into their home, her husband’s dreams of becoming a preacher, and the hard-won grace with which she endures a hardscrabble life.

Degrees of Inequality by Suzanne Mettler, PhD ’94 (Basic). “Over the past thirty years, our system of higher education has gone from facilitating upward mobility to exacerbating social inequality,” argues Mettler, the Clinton Rossiter Professor of American Institutions at Cornell. Low- and middle-income students often graduate with burdensome levels of debt. “College-going, once associated with opportunity, now engenders the creation of something that resembles a caste system. The tragedy is that while public policies in the past helped mitigate inequality and open the doors to college to more Americans, today they themselves play a crucial role in segmenting our society.”

Changing the Way We Die by Fran Smith ’75 and Sheila Himmel (Viva). Most Americans would prefer to die at home, rather than in a hospital or nursing home. “Hospice care offers the best hope for dying well and living fully until we do,” write two medical journalists, bloggers at Psychology Today. “Hospice occupies a strange, uneasy place in the health-care system, in the popular imagination, and in a famously youth-obsessed society that does not like to think about mortality.” Their research shows how hospice is much more than a way to relieve the discomforts of dying.

Game by Paula Young Lee ’86 (Reaktion). “Until the rise of the slaughterhouse made beef, pork, and chicken cheap and widely available,” writes a faculty fellow at Tufts University, “humans ate nearly every bird and animal they could scavenge or catch, even the ones that didn’t taste very good.” Over the centuries, dishes that were once prized delicacies are now taboo, a change that has more to do with disappearing wildlife habitat than it does with palatability. Today, paradoxically, game meat has become the food of social extremes—subsistence for the rural poor and a luxury for the wealthy.

Jimmy the Joey by Deborah Lee Rose ’77 and Susan Kelly (National Geographic Kids). In this book for children, a UC Berkeley science writer and her photographer tell the true story of a successful animal rescue. When a baby koala is left injured and orphaned in a road accident that kills his mother, the staff at the Koala Hospital in New South Wales, Australia, nurse him back to health and name him Jimmy. Photographs document Jimmy’s progress as he climbs trees, learns which eucalyptus leaves are safe to eat, and gains the survival skills necessary to return to the wild.

It Happened in Wisconsin by Ken Moraff ’83 (Lake Union). During the Great Depression, the Racine Robins baseball team travels throughout the Midwest, raising money for soup kitchens and union workers. When a snowstorm forces the team to stay in a fancy hotel, the temptations of love and money threaten to pull the players apart.

The Seventh Pleiade by Andrew J. Peters ’91 (Bold Strokes). After his cousin and two other boys go missing, sixteen-year-old Aerander makes a dangerous journey underground to find them and save his family’s reputation in this young adult novel set in Atlantis.

Africa’s Embrace by Mark Wentling, MPS ’83 (Peace Corps Writers). Magical realism and autobiographical fiction combine in a surreal tale of an American from Kansas who joins the Peace Corps and becomes enchanted with Africa.

20 Poems & Other Translations from the English by Jeff Schwaner ’87 (Blackstone). In his fifth collection, a novelist and editor at LexisNexis examines the idea of translation—how an idea for a poem is translated into words, and how the reader translates those words into sound and sense.

Chamber Music by Lisa Wiley ’94 (Finishing Line). In a series of villanelles, an English professor at Erie Community College captures the poetry in everyday objects and conversations.

The Dailiness by Lauren Camp ’88 (Edwin E. Smith). The second book by the host of the “Audio Saucepan” program on Santa Fe Public Radio focuses on loss, mystery, and wisdom.

Global Pension Crisis by Richard A. Marin ’75, MBA ’76 (Wiley). Millions of Baby Boomers are poised to experience painful adjustments to their retirement income, writes the president and CEO of the New York Wheel project and professor of asset management at the Johnson School. He examines the problem of underfunded pension plans and what we can do to avert the looming disaster.