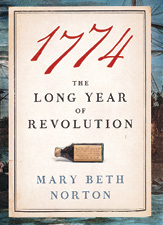 One of the foremost experts on Colonial America, Norton is a professor emerita of American history on the Hill, a past president of the American Historical Association, and a 1997 finalist for the Pulitzer Prize. Her latest book—subtitled The Long Year of Revolution—chronicles the run-up to America’s war for independence, from the Boston Tea Party in December 1773 to the fighting at Lexington and Concord in April 1775. As the Wall Street Journal observed in a review, Norton “does not fundamentally challenge the traditional trajectory of events in that decisive year. What she does do is enrich the narrative, filling in the story with a staggering amount of detail based on prodigious research in an enormous number of archives. . . . She wants to re-create as much as possible the past reality of this momentous year in all of its particularity.” 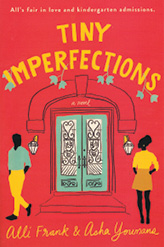 In a debut novel that Publishers Weekly compares to Crazy Rich Asians for its “glitzy, high-stakes world and gossipy narrative voice,” Frank and her co-author offer a comical look inside the dog-eat-dog world of private school admissions. Their heroine is a former model serving as director of admissions at an elite school in San Francisco, where well-heeled parents vie to get their offspring into kindergarten. “I actually welcome the occasional New York transplant family who comes into parent interviews owning their perceived superiority in head to toe Prada and gray banker suits . . .” they write in their narrator’s voice. “With upfront elitism you immediately know with whom you’re dealing and where you stand. When elitism hides behind a white ribbed tank top, aviator sunglasses, and a messy bun it’s much more difficult to figure out from where an ambush might come.” 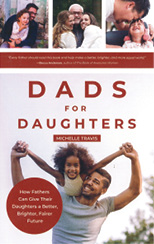 “Dads who are committed to seeing their daughters achieve their dreams have an opportunity to change the world that their daughters enter,” Travis writes in the introduction. “If men want that world to be safe, fair, and welcoming, they can use their voices and influence to make a difference.” Travis’s book is a guide for men on how they can help increase opportunities for women in an array of arenas, from business to education to sports. It includes anecdotes about dads who have launched female-friendly initiatives at major companies like Coca-Cola and Hulu, as well as those who have led grassroots efforts in the U.S. and abroad. A law professor at the University of San Francisco who specializes in employment discrimination, Travis previously authored the children’s picture book My Mom Has Two Jobs. 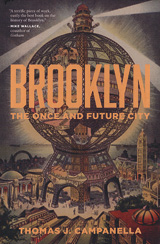 “Teeming with information, this is a must-read for fans of urban history,” says Kirkus, which calls the book “a lively biography of New York’s second borough.” A fourth-generation Brooklynite, Campanella splits his time between Ithaca (where he’s an associate professor of urban studies and city planning at Cornell) and New York City (where he’s the parks department’s historian-in-residence). His history of the borough—which the subtitle calls The Once and Future City—runs more than 500 dense pages, addressing such topics as geology, commerce, politics, and some of the many colorful characters who’ve inhabited it over the centuries. “Brooklyn may be a brand known around the world,” Campanella writes, “but it is also terra incognita.” His previous books include Cities from the Sky, a collection of vintage aerial photos.

Child of the Universe
Ray Jayawardhana

Text in verse by Jayawardhana, an astronomy professor and dean of Arts & Sciences, accompanies an artist’s dreamlike colored pencil drawings in this children’s hardcover, in which a young girl learns about the vastness of the universe as her dad tucks her into bed for the night. “This lovely picture book can spark interest in scientific exploration, create awareness of our connection to the cosmos, and encourage dreamers to embark on their own journeys of imagination,” says School Library Journal in a starred review. As Jayawardhana writes: “Like faraway planets only telescopes can see, / with hills and valleys, glaciers and seas / you are grand and marvelous, strong and mysterious. / The history of the world is in your fingertips.” 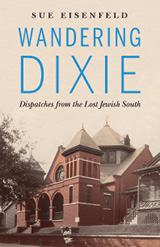 Eisenfeld, who describes herself as a non-observant Jew, grew up in Philadelphia and now lives in Virginia. In this travel memoir, she recounts the trips she and her husband took to nine states to explore the experiences and history of Jews in the South—from their role in the Confederacy to their activism during the civil rights movement to their communities and lives in the present day. “While Eisenfeld’s meandering style might not appeal to hardcore history buffs,” says Publishers Weekly, “her stories provide many revealing tidbits for those who enjoy self-reflective historical writing.” As Eisenfeld, who teaches science writing at Johns Hopkins, notes in the prologue: “In knowingly and unknowingly packing with me all my decades of sheltered ignorance, I never thought to consider how the South might change me—and that has been the greatest surprise.”